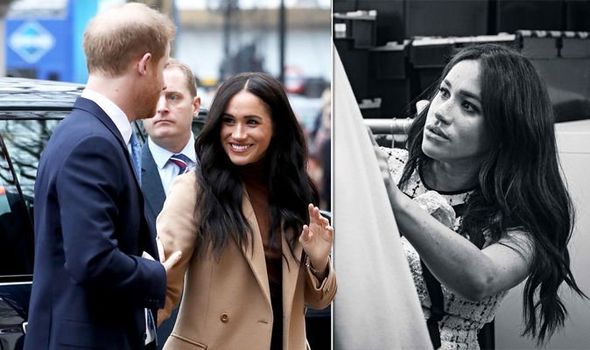 Meghan Markle and Prince Harry giggles as she wears party hats alongside the editor of British Vogue in a new video. She and Edward Enninful wear glittery hats and call Jane Fonda on the phone in the fluffy clip.

The upbeat post was made around the same time it was revealed the Duke and Duchess of Sussex are sacking all 15 of their UK staff members and are closing their Palace office.

This has been interpreted by many as the clearest sign yet that Meghan and Harry are planning to leave the UK for good.

The insensitive timing of the video has been described as “not the best look” by a royal expert.

What is more it appears this is a video the Palace advised Harry and Meghan not to post online before they split from the family as working royals. 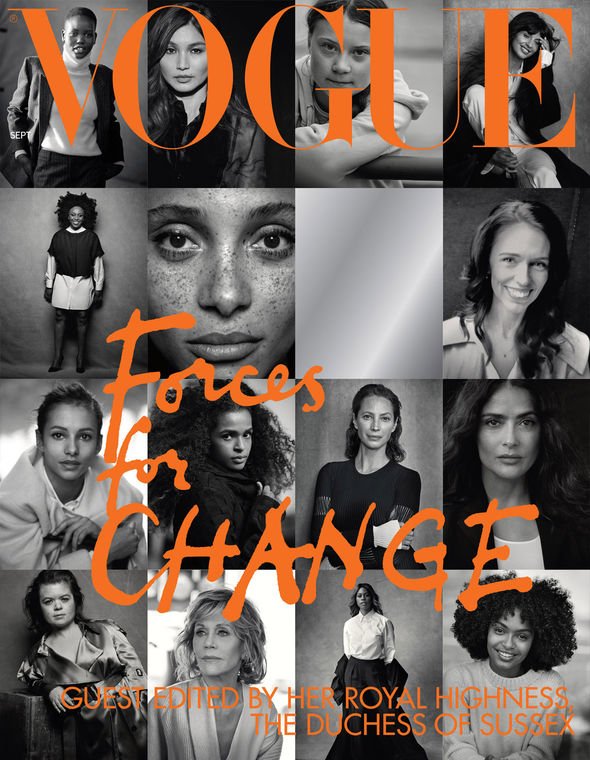 Rebecca English, Royal Editor on the Daily Mail, spoke with Nick Ferrari on LBC this morning.

She told the veteran radio presenter: “It’s all bout optics isn’t it? And that’s not a good look.”

She went on to add: “I know that’s a video the palace team haven’t wanted out there but Harry and Meghan have gone ahead solo now.”

A royal source told the Daily Mail about Harry and Meghan’s decision to sack staff: “Given their decision to step back, an office at Buckingham Palace is no longer needed.

A royal source told the Daily Mail: “Given their decision to step back, an office at Buckingham Palace is no longer needed.

Meghan’s video with the editor of US Vogue described how she and journalist came to work together.

The post caption reads: “Earlier today @edward_enninful, the Editor in Chief of @britishvogue shared: “#ForcesForChange, guest edited by The Duchess of Sussex @SussexRoyal, was our fastest-selling issue in the history of #BritishVogue ( sold out in 10 days) and the biggest-selling issue of the past decade. I can’t wait to see what 2020 has in store…”

“To celebrate, we wanted to share this never before seen video behind the scenes with Edward and The Duchess of Sussex on the creation of this special issue. Please note, this was filmed last August in London.

“Congratulations to all of those who took part in the 2019 September issue, and huge thanks to those who supported and helped make this a success!” 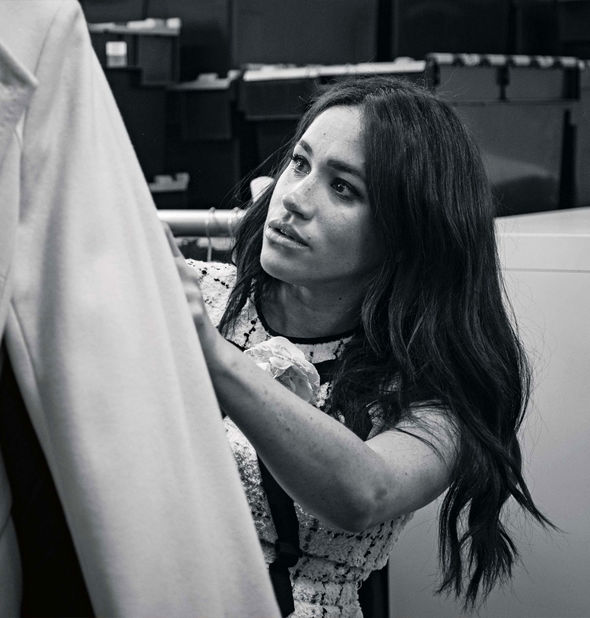 Many were left unimpressed by the Duchess’s decision to post the video.

One wrote: “How embarrassing & self serving!!”

Another said described the move as “self congratulatory attention-seeking.”

But some loved the peek into Meghan’s Vogue venture.

One said: “I love this Vogue behind the scenes video of Meghan on SussexRoyal’s Instagram page. She just seems like such a beautiful person, with the most radiant spirit! Love her.”

“Meghan is so gorrrrgeous on that behind the scene video of British Vogue!” another said.

Meghan Markle and Prince Harry are thought to have snubbed the Royal Family with their parenting decisions.

Meghan has had a very particular goal in mind when doing this Zoe Bonser, Show Director at The Baby Show, told Express.co.uk.

She suggested: “One of the main areas that seems to consistently crop up when looking at Meghan is that privacy and giving baby Archie as normal upbringing as possible is key.

“For instance, Meghan and Harry chose to forego Archie’s royal title, keep him out of the spotlight, parent without an army of staff, etc.

“It seems that they are in their own happy, private bubble.”