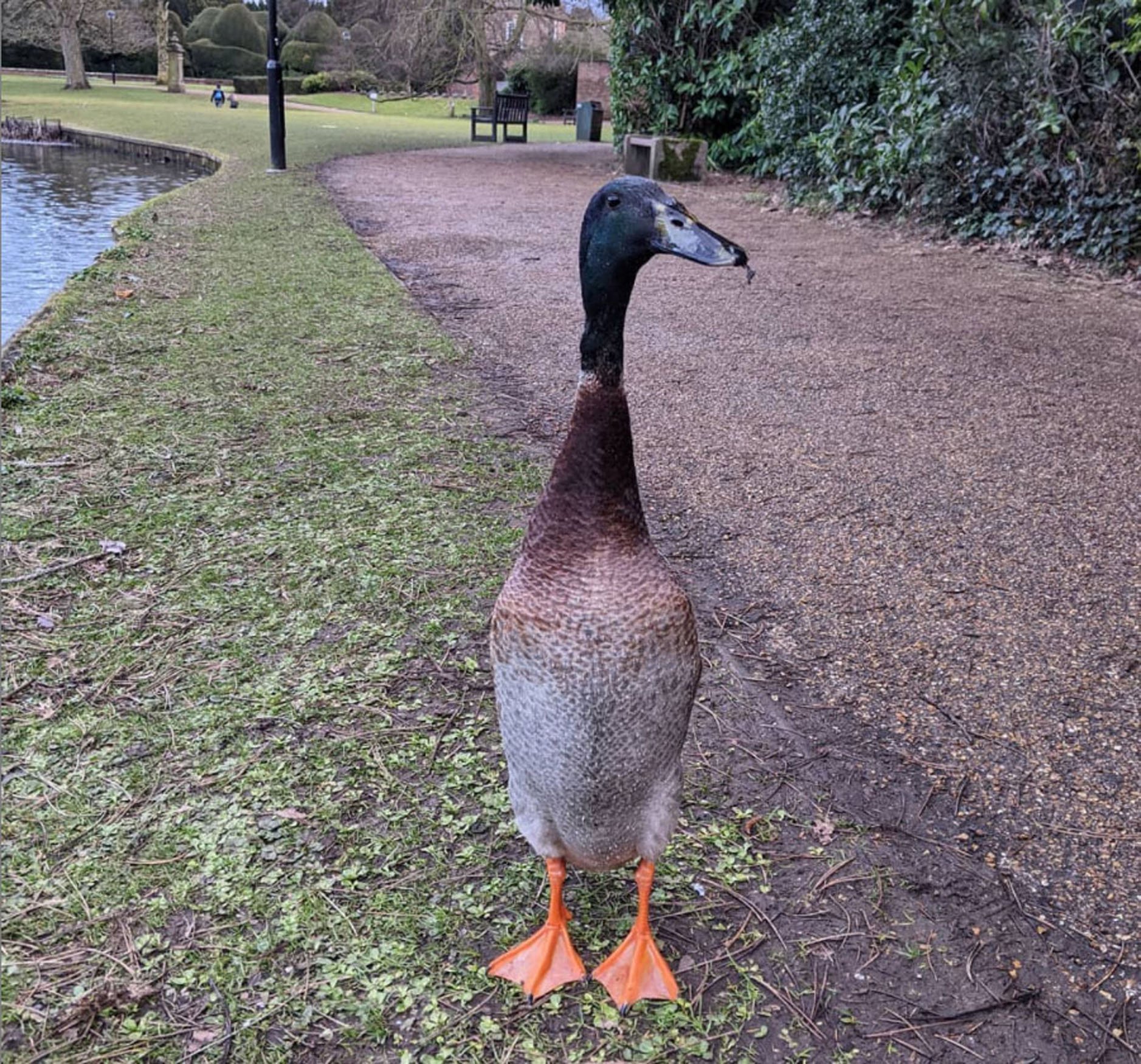 Long Boi was a lonely duck. He wandered the York University campus, ostracised by his fellow fowl for being too tall.

Now, however, he’s an internet sensation, thanks to one student who documented his whereabouts.

The third-year biology student would take pictures feeding Long Boi or share videos of him taking a dip, and he can now count Peter Crouch as a fan.

The 6ft7in footballer called Long Boi ‘my type of duck’, and his Instagram has gained almost 20,000 followers.

It all started when it was – albeit mistakenly – posted on Reddit that he was the tallest mallard duck to ever live. Posts also said that he stood at a metre tall.

Neither of these things are true, but despite his measurements not having been confirmed, he’s well-known as the biggest duck on York’s campus.

A cross between a mallard and an Indian running duck, Long Boi stands upright like a penguin and runs rather than waddling.

This makes him stand out among the other birds, so it took him some time to settle in. As Indian running ducks are often domesticated, it’s also thought that he wasn’t accustomed to wild living.

‘We believed that he had been dumped as an unwanted pet,’ Zoe told PA.

‘We started feeding and taking photos of him, coining the name Long Boi due to his tall stature!

‘We did feel a bit sorry for him, as he didn’t fit in with all the other ducks and was being shunned by them, he seemed quite lonely.

‘Over time he’s grown quite a following with York students, he’s quite a campus celebrity, and has since flourished and integrated with the other waterfowl.’

Memes of Long Boi have been described as ‘taking over the internet’, and the man himself has been called ‘everyone’s favourite duck’. He’s come a long way that Long Boi.

You can even buy merch with his statuesque frame printed on the front (we’re eyeing the ‘I long for you’ sticker).

And as the happiest yet silliest ending to a story we’ve seen yet, York University confirmed in a tweet that Long Boi will be getting a degree for his large size.

‘I am delighted to officially award Long Boi an honorary degree at this year’s graduation.

‘The duck has done so much for the university: from encouraging freshers to attend York to keeping students’ morale high during the pandemic, he is a perfect ambassador for York and is fully deserving of this.’ the University of York’s Vice-Chancellor Charlie Jeffery says.

That’s a PhD (Pretty huge Duck) if ever we saw one.