A West End star has said there are double standards for men and women over letting their hair go grey.

Marisha Wallace, originally from North Carolina in the US, appeared on Good Morning Britain arguing there are not enough women in the public eye embracing their greys.

She told hosts Charlotte Hawkins and Robert Rinder: ‘Women are under extreme pressure to look as young as possible for as long as possible.’

The Hairspray and Dreamgirls star added: ‘Grey hair for women relates to us not being competent to do our jobs. There is an ageism. There is a job discrimination.

‘It’s not just about hair.’

Charlotte Hawkins added the term ‘silver fox’ applies to men but not to women, adding there was no female equivalent

The debate was sparked after Oasis frontman Liam Gallagher posted a photo of himself with blond hair on social media – which he said had been dyed lighter by the sun.

Celebrity hairdresser Michael Douglas, who styles stars including Dawn French, said that these days it is more accepted for women to have grey hair – and added he thought it was ‘fabulous’. 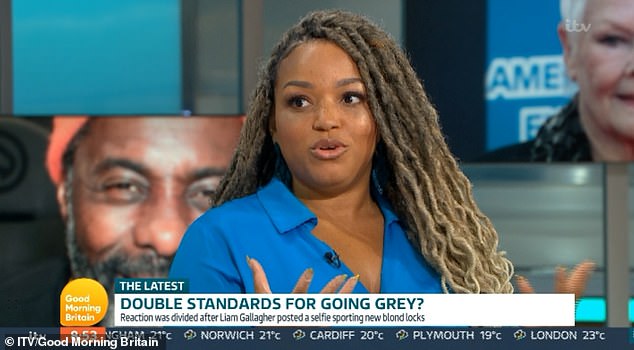 Marisha Wallace, who has starred in West End productions inclusding Hairspray and Dreamgirls, said women are under ‘extreme pressure’ to look young 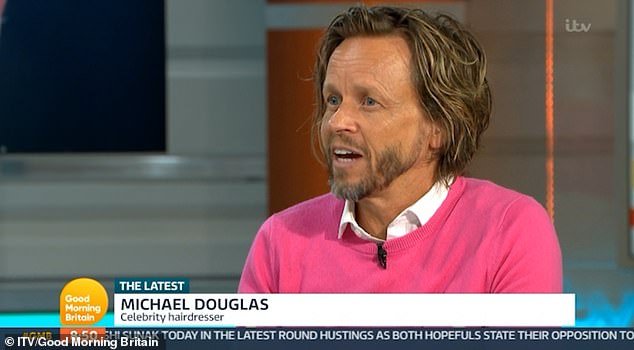 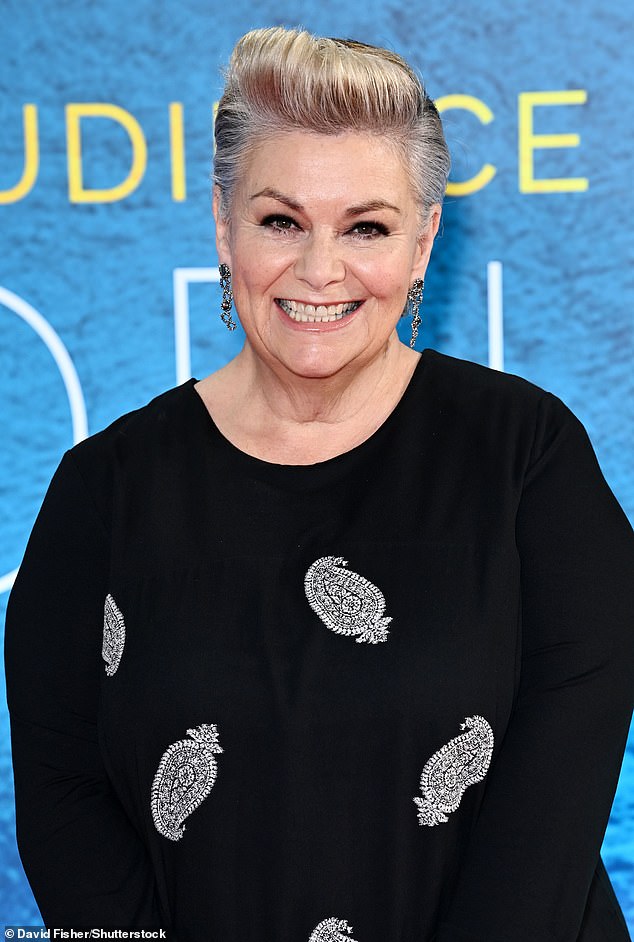 Dawn French is one of many women in the public eye who has embraced her grey hair, explaining her decision was sparked by having to dye her own locks during lockdown

He added it takes a lot more maintenance to dye men’s hair – which he believes is the main reason more men let themselves go grey.

Douglas argued: ‘I think this debate would have been very strong 10 years ago but now I think it has dissipated.’

However, Wallace hit back and argued she rarely sees women on television with grey hair, despite some stars embracing their natural colour.

She said: ‘It’s just adding to the list of all the things we have to do as women to preserve our youth.’

After ditching her trademark bob and fringe to embrace her grey locks last year, Dawn French said lockdown inspired her to stop dyeing her hair.

She told Good Housekeeping magazine: ‘The real trigger came during the lockdowns when I was dyeing my hair myself, and I just couldn’t be bothered to keep doing it.’

French has kept her fans updated with her bid to fully embrace the grey on Instagram.

Last year she wrote: ‘Cutting off all the old colour… gradually getting there with the grey… starting short… aiming at the ol bob in full grey glory…. It’s a process… I’m not great at patience…’