Home » Lifestyle » Maribyrnong dam ‘would have saved’ hundreds of homes

Hundreds of Melbourne homes could have been saved from flooding in recent days if the former state Labor government had backed a push to dam the Maribyrnong River, hydrology experts say.

Hydrology and flood warning expert Geoff Crapper, who was responsible for Melbourne’s flood warning service at Melbourne Water from 1989 to 2003, lobbied the Bracks government to build the infrastructure project at Arundel ahead of the 2006 election, but it was rejected on environmental grounds. 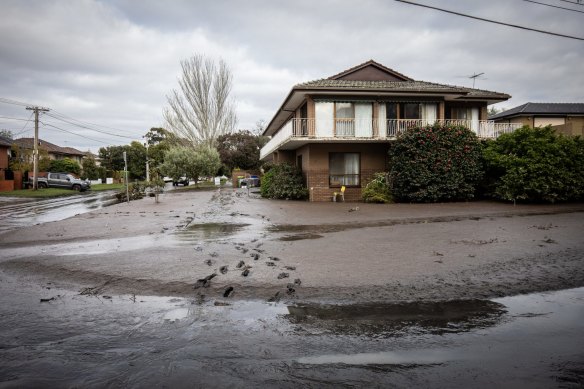 The aftermath of the flooding in Maribyrnong.Credit:Scott McNaughton

According to a presentation by Crapper provided to the government at the time, the infrastructure project would also have eliminated the need for a controversial flood wall protecting Flemington Racecourse, and reduced the reliance on Melbourne Water’s flood warning system.

Crapper told The Sunday Age that the dam, which was proposed six kilometres upstream from Keilor at Arundel, would have likely prevented the flooding on Friday of hundreds of houses in Melbourne’s western suburbs from floodwaters.

“It would have saved hundreds of people evacuating and billions of dollars in bills and, mostly, it wouldn’t have ruined peoples lives.”

A total of 245 homes in the suburb of Maribyrnong flooded on Friday, the State Emergency Service confirmed on Saturday, far exceeding the 60 affected homes that was initially predicted.

Authorities had issued a watch and act alert for low-lying areas along the Maribyrnong River at 9pm on Thursday, and by 2.30am on Friday the alert had been upgraded to a major flood warning as water levels continued to surge. At 5am on Friday, the SES began doorknocking homes telling people to evacuate immediately.

The dam proposal was originally recommended by the then Melbourne Metropolitan Board of Works in 1976 and 1986 as a cost-effective way to prevent flooding.

Ahead of the 2006 election, then-opposition leader Ted Baillieu backed the plan and said the $80-million dam would reduce flooding in the lower reaches of the Maribyrnong and would supply about 17,000 megalitres a year, enough for about 90,000 homes, in the northern and western suburbs.

Ron Sutherland, who worked on the 1986 Maribyrnong River flood mitigation study for the Board of Works – which later became Melbourne Water – told The Sunday Age ditching the dam was a “political error”.

“It would be the big solution,” Sutherland said. “Maribyrnong is the most dangerous place we have that floods [in Melbourne], you could easily have someone drown.

“It was up to the government to do something about it and the answer is blooming obvious.” 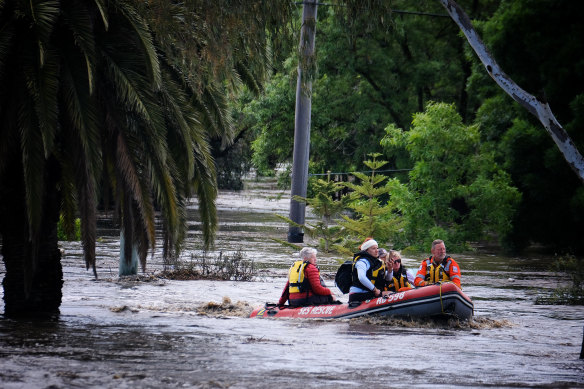 The plan was rejected by the Bracks Labor government in 2006 over claims it would devastate the river, flood farms and cost millions of dollars. Environment Victoria also criticised the plan over environmental concerns.

Crapper said the $80 million price tag was “chicken feed” compared to the damage bill from floods over the past two decades. He predicts that if nothing is done, low-lying towns and suburbs along the Maribyrnong River – including the suburbs of Keilor, Essendon, Footscray and Yarraville – can expect “more of the same if not worse” in the future.

The Victorian government has repeatedly ruled out building new dams over claims climate change meant not enough water would flow into them. Yesterday, Premier Daniel Andrews reiterated his government’s policy not to build any more dams saying the flood was “not about storage” but “patterns of weather that are unique”.

“I am not here to make any announcements about additional dams, our policy has been to make the best and most efficient use of the water that we have as well as to create a climate change resistant capacity to create water,” he said.

While the then-Labor government objected to the dam proposal, it backed a plan to build a rock wall to protect Flemington Racecourse from flooding, defying the wishes of residents and local councillors.

Andrews was elected in 2004 and was a member of the Bracks government at the time the dam proposal was knocked back.

Asked yesterday about the Flemington flood barrier, Andrews said Melbourne Water would respond to any concerns about the wall potentially making the flooding worse for residents in low-lying areas.

Sutherland, who was a manager at Melbourne Water for two decades, said it was a “ridiculous” the wall was ever built.

“It was a disgrace the wall was ever built; it was a self-interest thing by Flemington,” he said.

“If the wall wasn’t there the water would fill up Flemington Racecourse, which hydrologists like me would argue is a good thing.”

Nationals MP Danny O’Brien, the shadow water minister, said while the Coalition had no current plans to dam the Maribyrnong River, it would be “foolish” to rule out all future dam projects.

“In a climate change environment where we could get more variable rainfall it makes sense to keep looking at solutions,” O’Brien said.

“We can’t turn our back on these ideas when the environmental risks can be managed.”