Home » Lifestyle » March 4 – On this day: 37 years since the year-long miners strike ended 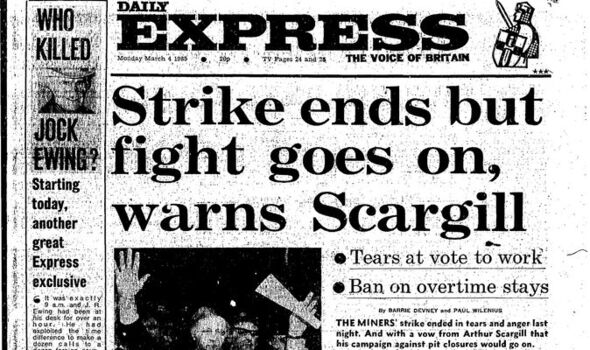 Miners’ leader Arthur Scargill accused the TUC and the Labour Party of not giving the striking miners enough support, while Labour’s deputy leader Roy Hattersley said the picket line violence had harmed their chances of victory.

56 years ago (1966) John Lennon’s remark that The Beatles were “bigger than Jesus” was seized on by religious leaders in America’s southern Bible Belt states.

Angry protests were held outside concerts when the band toured the US the following August.

47 years ago (1975) Silent film legend Charlie Chaplin, 85, was knighted by the Queen at Buckingham Palace.

In 2002 the release of confidential papers revealed the star had not been honoured before because of his reputation as a communist sympathiser.