A MAN who once compared himself to Chief Wiggum from The Simpons has revealed his incredible 10 stone weight loss. 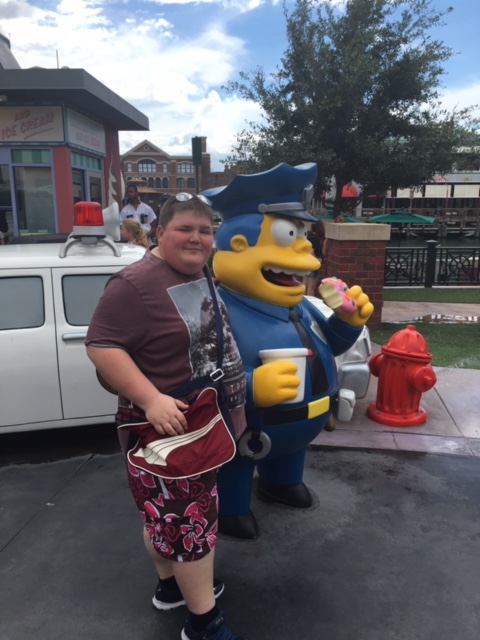 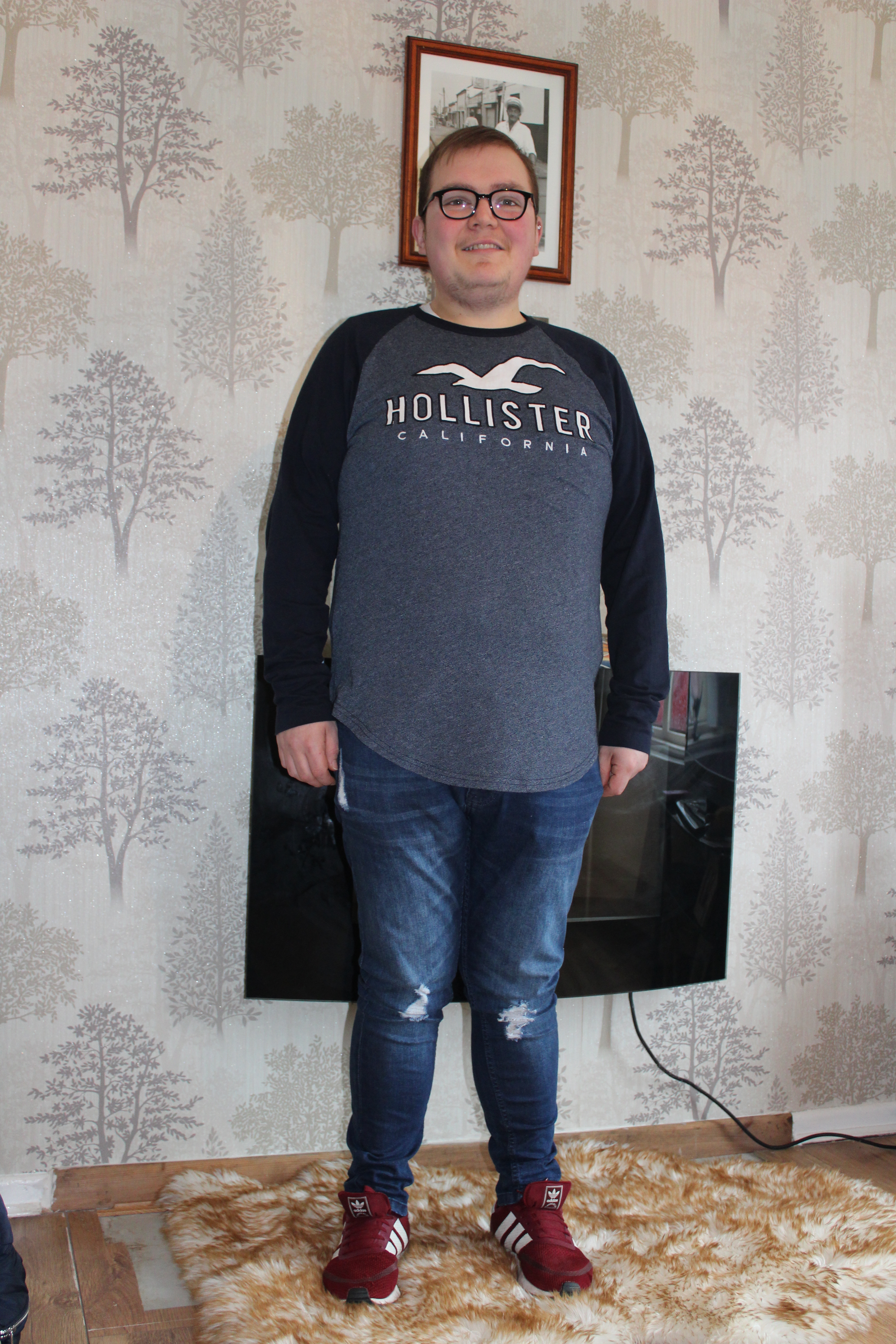 In fact, he was so familiar with the staff at his local Chinese takeaway in Milisle, Co Down, that they knew his order off by heart.

By the time he was 25, the Post Office manager was tipping the scales at a whopping 23st 11lbs, with a 52-inch waist.

He knew things had to chance while on a holiday of a lifetime to Florida where he was told he was too heavy to ride in a helicopter.

But after bravely signing up to Slimming World, he lost an incredible 10st in 18 months – without doing any exercise.

Gregg has switched his regular order of shredded chicken curry and a side of curried chips for vegetables in black bean sauce and boiled rice.

He's also learned to cook healthy dinners from scratch – and feels "so much better" for it.

Gregg said: “Losing weight really has changed my life. The best thing is being able to walk into trendy shops like River Island and buy whatever I want, instead of having to order online.”

His mum Oonagh Reid, 54, says her son started piling on the weight after breaking his leg when he was about five. 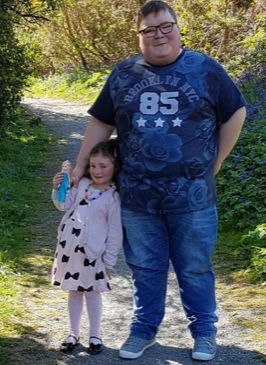 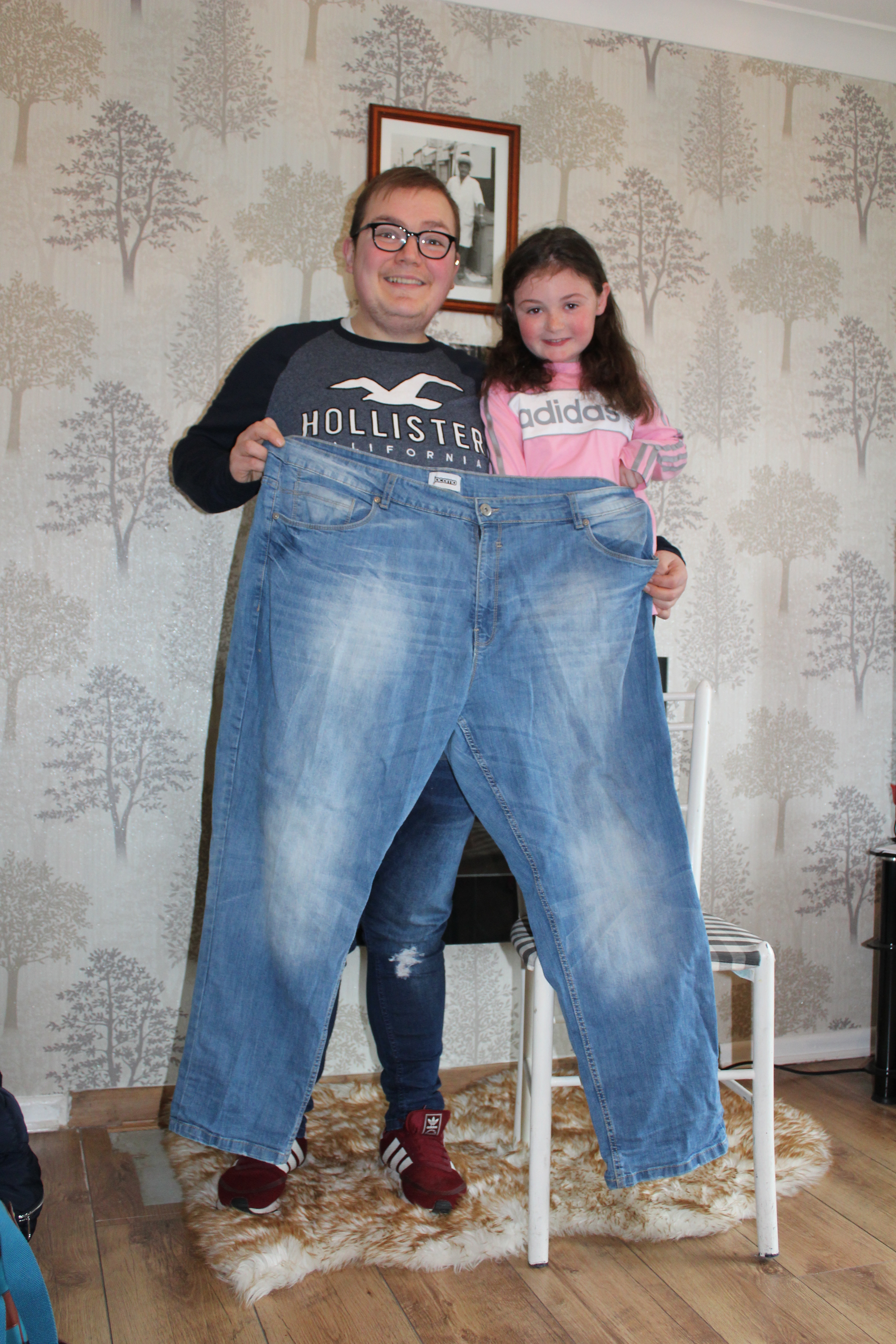 She said: “I’d told him not to ride his bike on the main road, to stay on our quiet close, but when my back was turned he followed the bigger boys.

“The next thing I knew one of the boys came running to fetch me, saying Gregg had been hit by a car. I was terrified, I remember running down the road in my flip flops to get to him.”

At Belfast’s Ulster Hospital, an x-ray showed he’d fractured his lower leg and he spent the next few months in a cast while the weight crept on.

“He also loved my homemade chips, done in the deep fat frier, and summer salads with coleslaw, potato salad, chips and white bread.

"We’re a big family though, so at first I don’t think any of us really thought Gregg’s weight was out of the ordinary.” 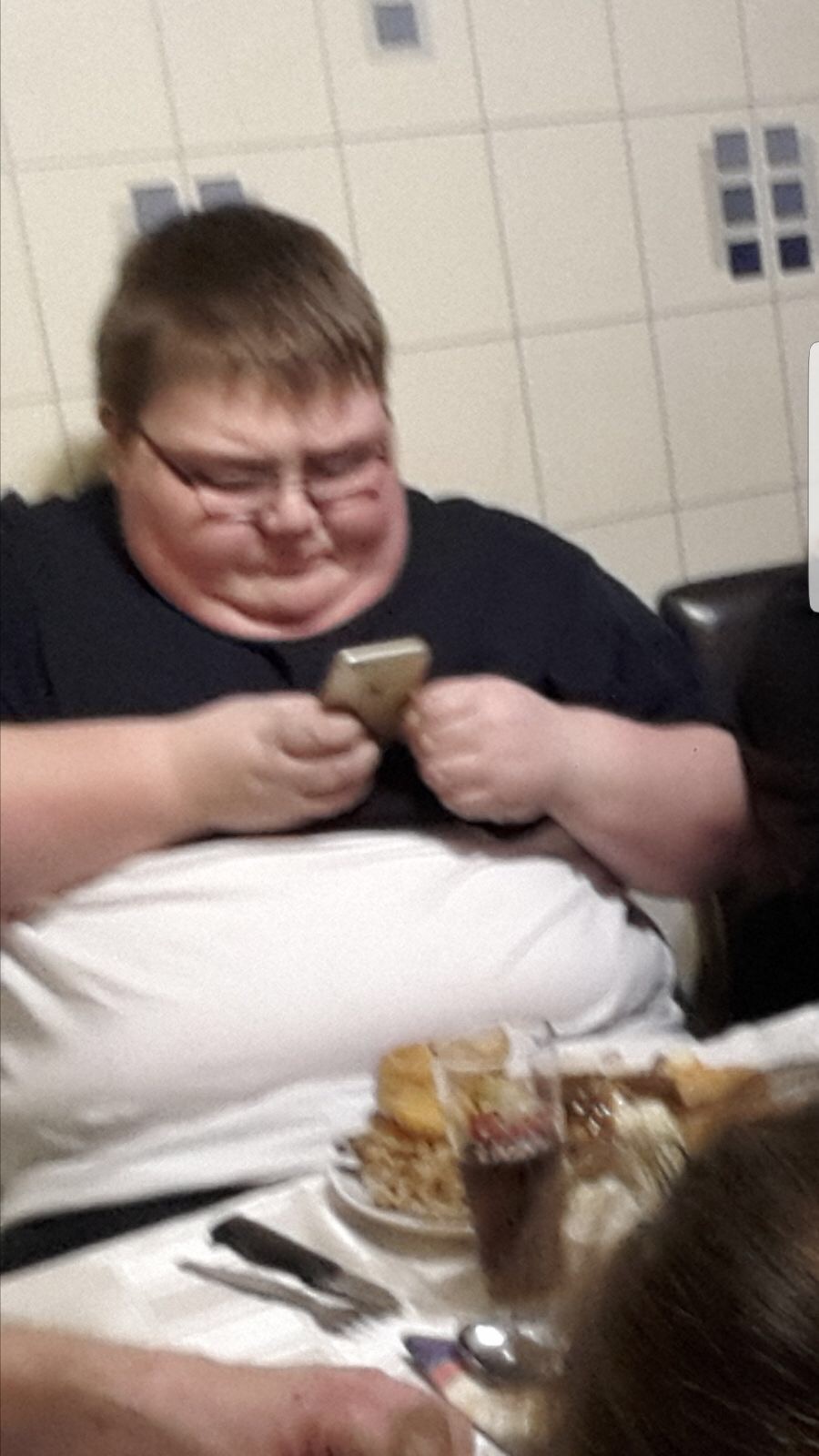 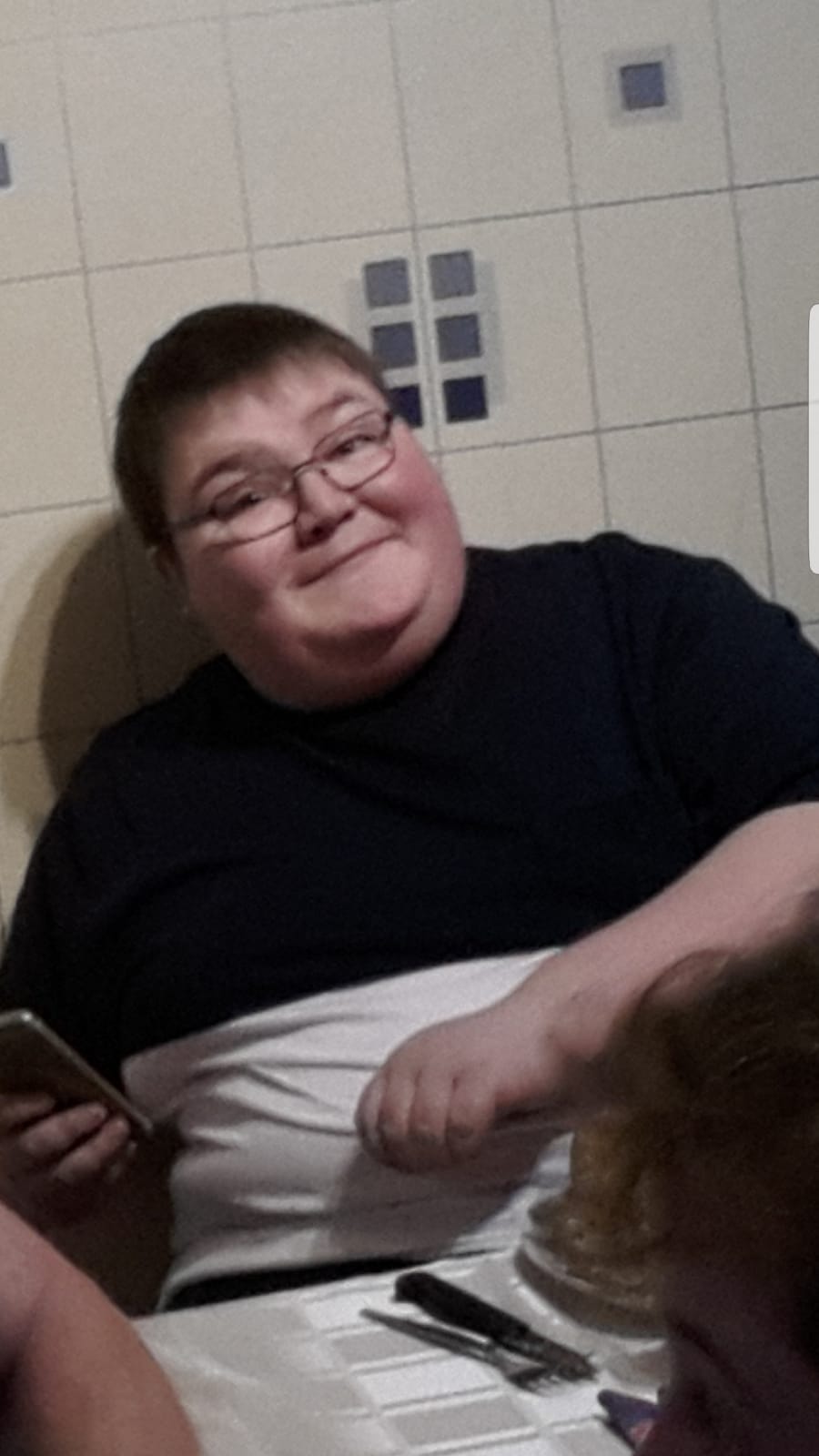 Gregg added: “I tried every trick in the book to avoid exercise in school, doing lines in detention every week for dodging PE.

“Luckily I had a great group of friends and was never bullied for being fat.

"But as a teenager, when they started going to stores like River Island and Topman, I felt more and more left out.

“My ankles were so podgy that I couldn’t even squeeze into trendy trainers. The only option was shopping online with store geared towards bigger men.”

On a holiday to Florida aged 24, Gregg posed for a photo next to a statue of the Simpsons’ Chief Wiggum, at Universal Studios.

He said: “I struggled in the 40C heat. My enormous thighs chafed painfully, and when we lined up for a helicopter ride, I was told I was too heavy to fly.”

Gregg’s diet needed a complete overhaul, but he didn’t know how to cook.

Every lunchtime he piled a plate with sausage rolls and chips at the deli counter, topped with grated cheese and lashings of mayonnaise.

After work he made a “Golden Dinner” – oven chips and battered fish or steak – and later that evening he’d be on the phone to the Emporium Chinese restaurant, in Milisle, for an evening snack. 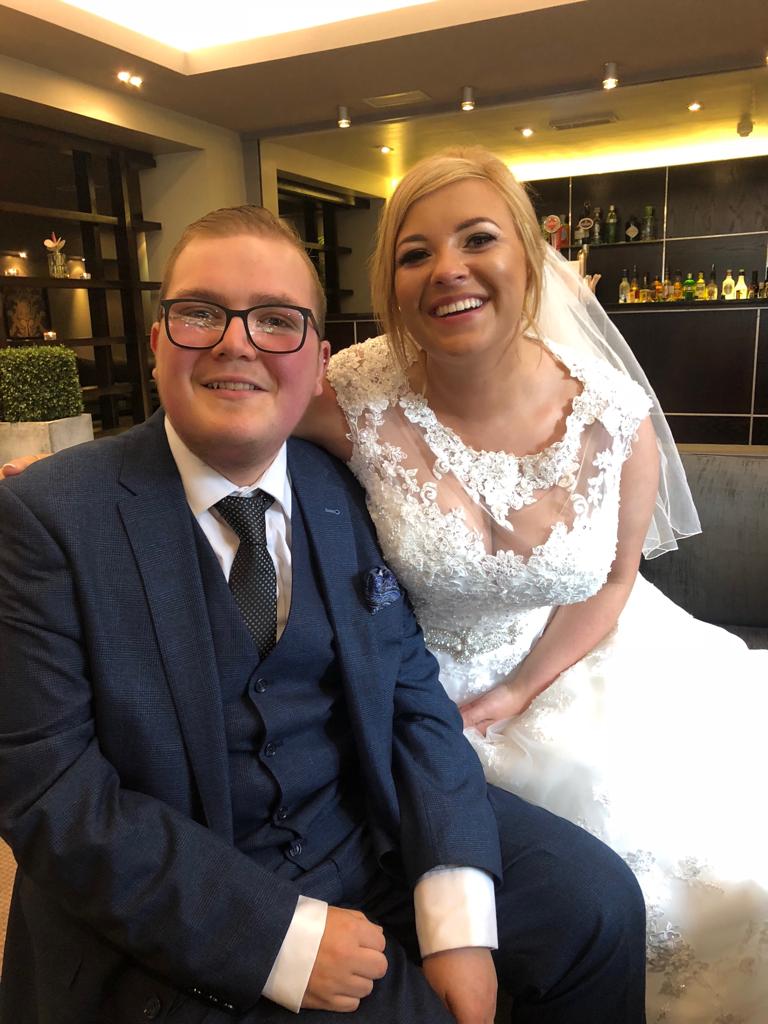 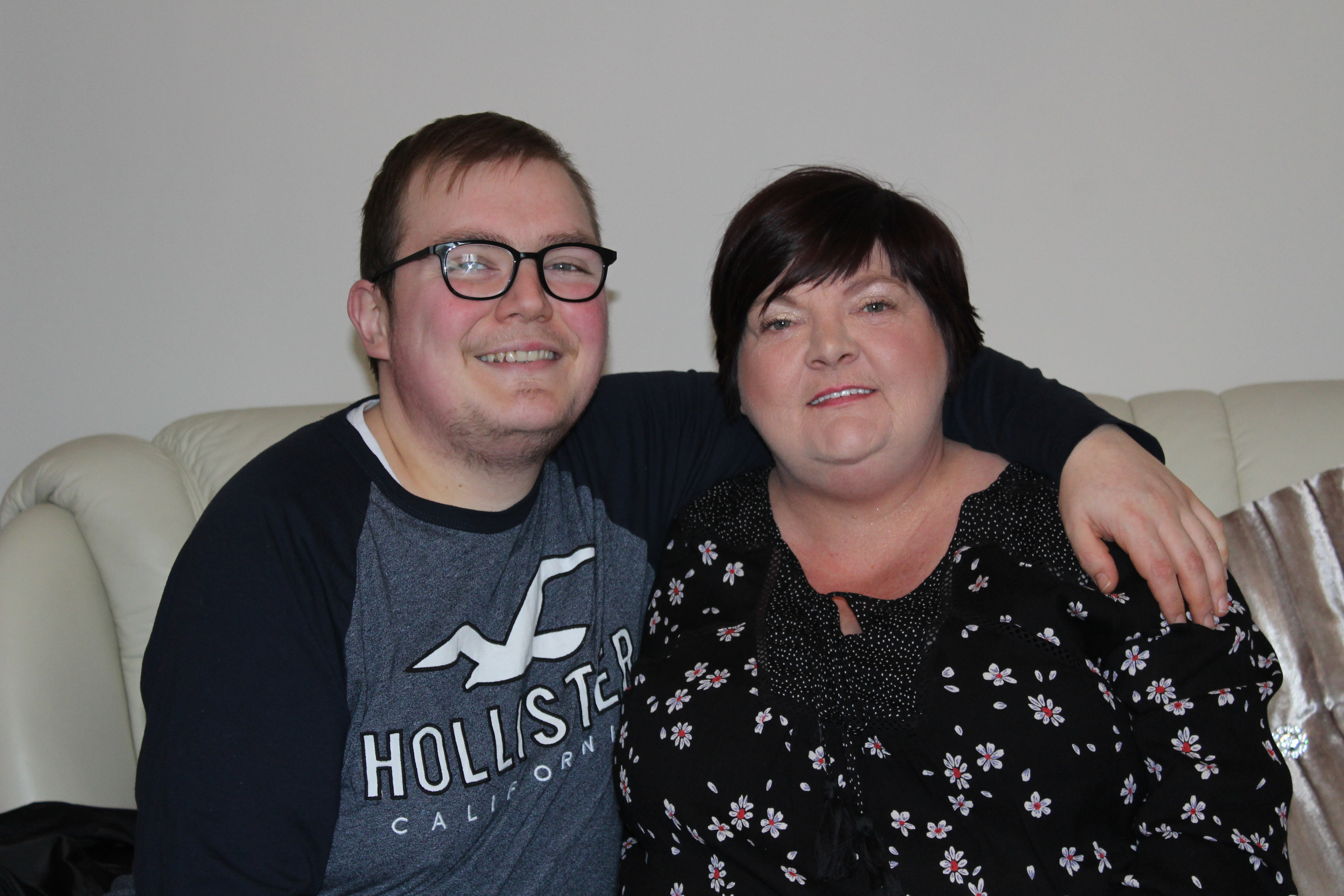 It was Gregg’s six-year-old niece, Sophie, and his sister Vicki, 30, who finally made him change his ways.

One afternoon in March 2017 they decided to take Sophie for a walk up to Scrabo Tower – a 19th century folly on top of a huge hill overlooking Co Down.

It was the first warm day of spring, so Sophie, then five, skipped along, picking daisies and turning cartwheels in the sunshine.

Gregg said: “Soon the sweat was lashing off me and my face had turned beetroot red.

“Sophie kept asking if I was okay, and I told her I was, but I was wheezing and out of breath, struggling to walk.

“In the end I had to sit on a bench while Vicki went back to the car park to fetch the car. There was no way I was making it home otherwise.” 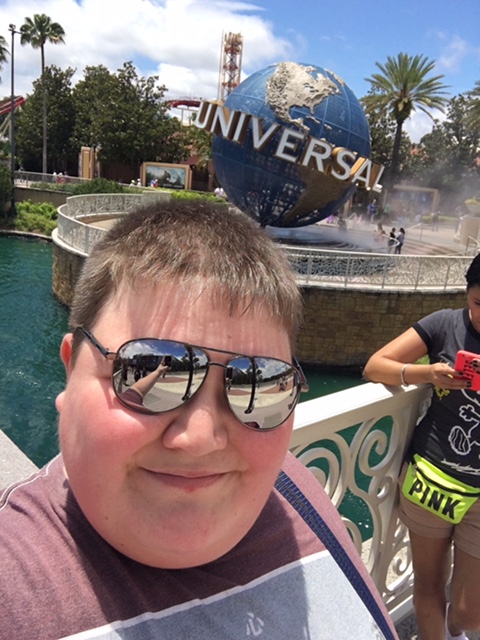 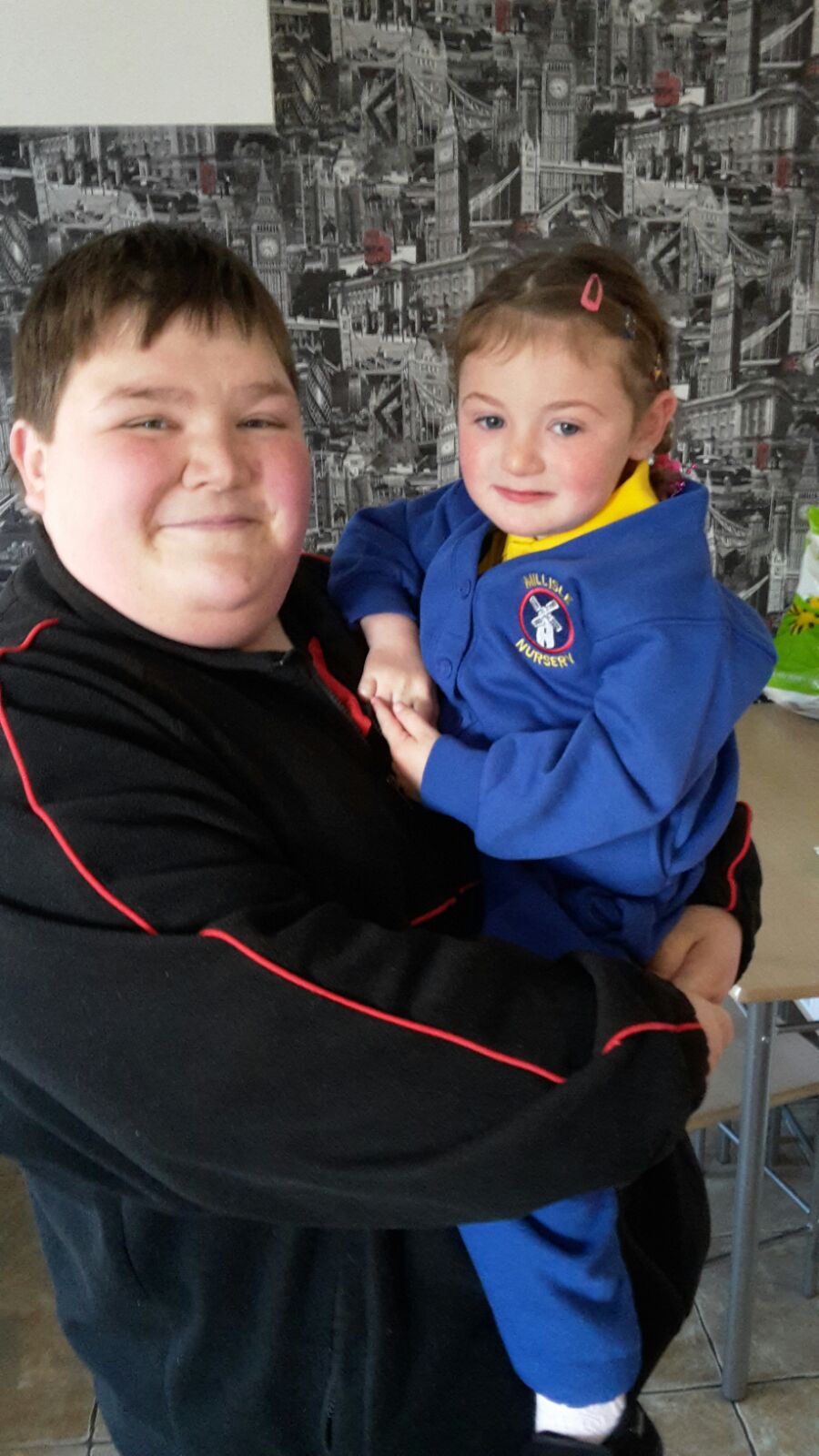 Vicki had done Slimming World herself after having Sophie – losing 3st of her baby weight – and encouraged him to join.

She said: “I told him it’s for men as well as women. He agreed to give it a go. He was only 25 at the time, I was so worried about his health. He couldn’t go on like that.”

The group met in a community hall just a few doors down from his favourite Chinese takeaway.

Gregg said: “Standing on the scales for the first time, my cheeks burned as the dial shot up to 23st 11lbs – morbidly obese for my 5ft 7ins frame.

“But she told me not to worry. I’d never have to see that number again.”

He was only 25… I was so worried about his health. He couldn’t go on like that

Gregg had never cooked from scratch before, but after leafing through his new Slimming World cookbook he decided to give it a go.

He said: “My first trip round Asda with my shopping list was quite a challenge, there were fruits and vegetables I’d never even heard of.

“I found myself standing in the produce aisle, holding up a long green thing, trying to work out whether it was a cucumber or courgette."

Gregg said he served up a bowl of spaghetti bolognese a few evenings later and his dad Billy, 58, who he lives with, was delighted.

He said: “Now I’m almost half the man I was, at 13st 8lbs, with a healthy 36-inch waist. Looking back at old photos, I just can’t believe I’m the same person.

“Mind you… I do still love a Chinese takeaway. But these days when I give them my name, they know it’s a half portion of vegetables with boiled rice instead.”

Oonagh says: “Gregg’s confidence has soared since he lost weight. He even got a promotion at work, to Post Office manager, because he’s got so much more energy and determination.

“I’m so proud of him. He always sticks to his diet, even when we’re out, and he’s a dab-hand in the kitchen now too.

"When I look at his old jeans, with the 52-inch waist, I can’t believe they once belonged to my son." 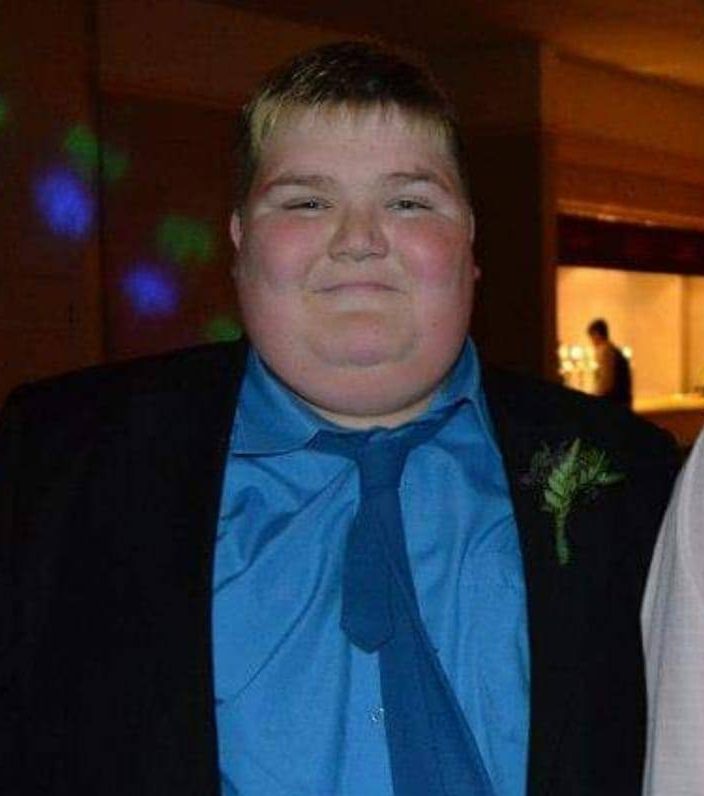 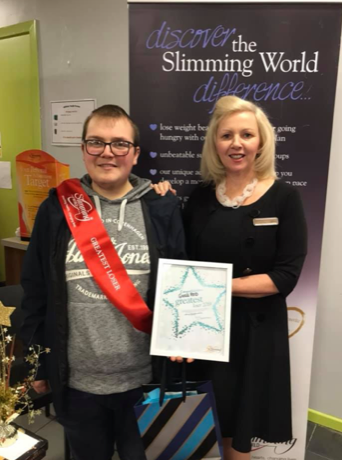 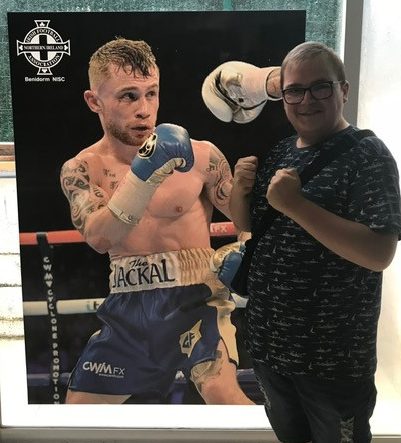