THE winter months mean many of us are suffering with cold and flu like symptoms.

But one man, who had been suffering with the 'bunged up' feeling for several years had a nasty surprise when he visited his doctor. 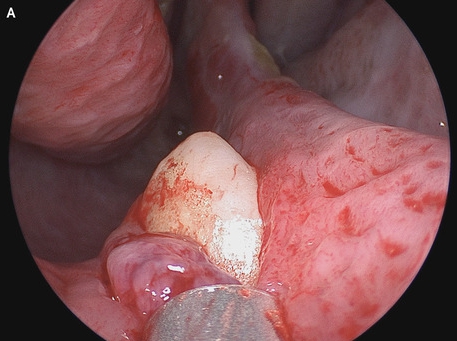 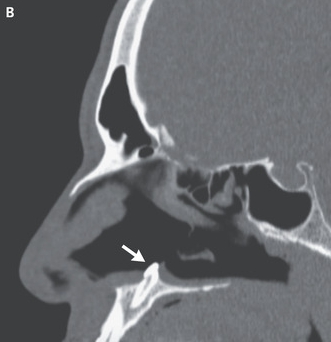 The 38-year-old attended the clinic at Mount Sinai Health System in New York and said he was having trouble breathing through his right nostril.

He said that this issue had been going on for several years.

On speaking with medics, they reported that the man had never had a facial trauma or any abnormalities when it comes to the face or the skull.

Experts examined the man's nose and found that he had a septal deviation, calcified septal spurs.

A septal deviation means that your nasal septum is significantly displaced to one side.

Writing in the New England Journal of Medicine, the experts said they also found a two centimetre perforation in the posterior septum.

The man then had to have a rhinoscopy, which is when a thin, tube-like instrument is used to examine the inside of the nose.

During this procedure, the experts found a hard, white mass in the right nostril.

The man was sent for a computed tomography of his sinuses, which showed a well-defined inverted ectopic tooth.

Pictures show the tooth popping out of the nose and X-rays also show where the tooth sat inside the nose.

The experts had to remove the tooth through surgery though a intranasal approach.

Luckily, there were no complications with the surgery and experts followed up with the man after three months.

His nasal symptoms had resolved after several years.

'SOME SORT OF STONE'

It was previously revealed that a woman who has been suffering from nose bleeds for years also had a tooth growing in her nose.

The patient, identified as Xia, 57, believed the problem was due to a severe case of rhinitis, an inflammation of the nose membrane.

But tests at a hospital in Changsha, capital of China's Hunan Province, revealed otherwise.

"We thought it was a foreign object or some sort of stone."

After surgery, they peeled back layers of membrane to discover what turned out to be full grown tooth, complete with root and crown.