All the celebrities in Rihanna’s Savage X Fenty fashion show

Madonna’s eldest daughter, Lourdes Leon, says in a new interview that the Material Girl is a surprisingly strict parent and runs a tight ship in her household.

“My mom is such a control freak, and she has controlled me my whole life,” the 25-year-old told her mom’s BFF Debi Mazar for Interview Magazine Thursday.

“I needed to be completely independent from her as soon as I graduated high school.”

Leon, who works as a model, said one of the ways she found her independence was by paying for her own college tuition and New York apartment, despite her mother’s multimillion-dollar estate.

“We don’t get any handouts in my family,” she said before recognizing, “Obviously, I grew up with extreme privilege. There’s no denying that.

“But I think my mom saw all these other kids of famous people, and she was like, ‘My kids are not going to be like this. Also, I feel like if your parents pay for things, then it gives them leverage over you.”

Leon said she would like to one day earn a living based off of other talents, and not just her model-level beauty.

“My mom is very insistent on making me think about what I want to be known for beyond my looks,” Leon said. “That’s not what I want people to remember me by. It’s not real.” 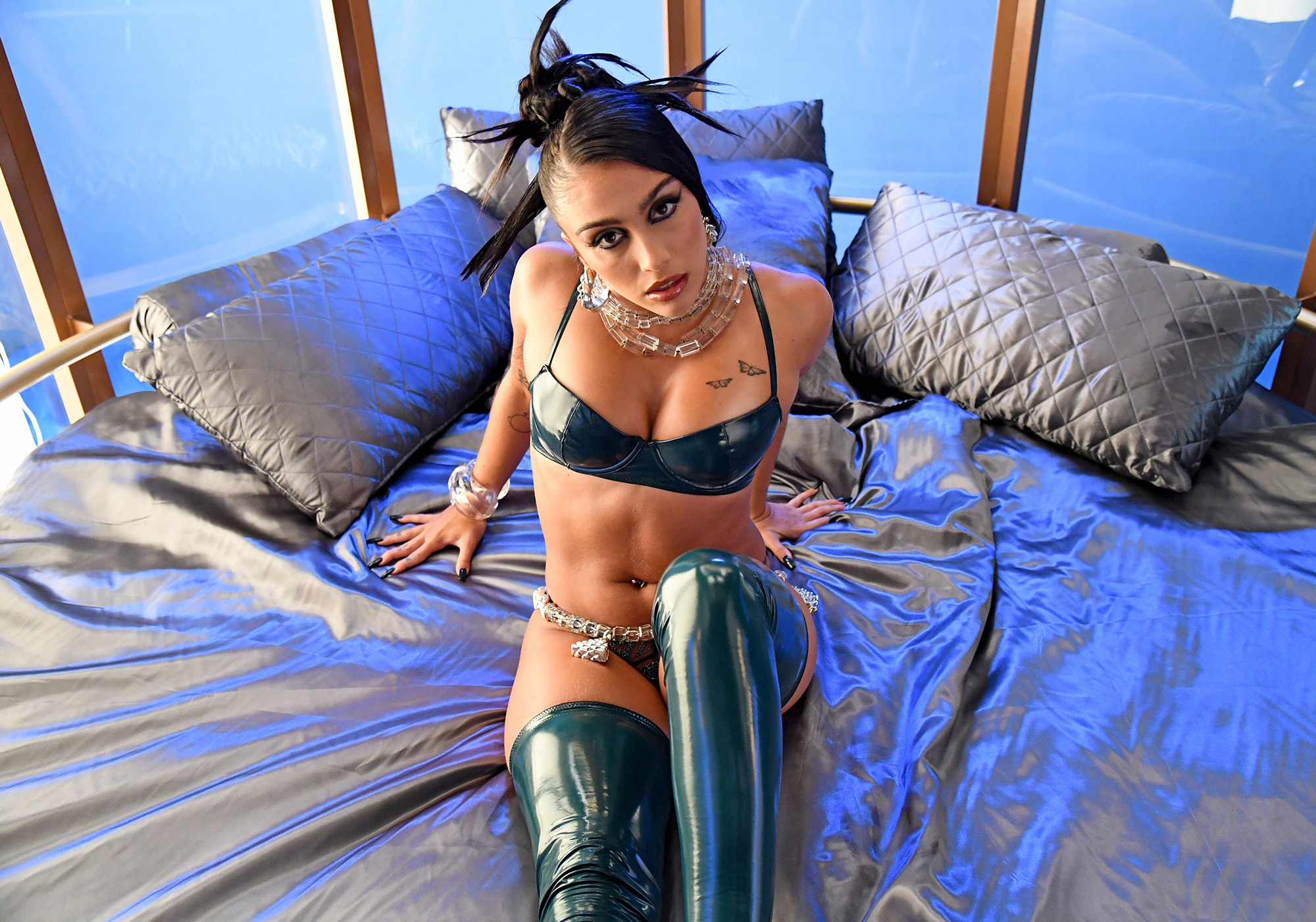 However, she noted that for now, “Financially, modeling is a smart decision. I enjoy being very hands on with the campaigns I do, so that I’m not just modeling, per se.

“I dance, I have a very specific sense of style, and I’m interested in aesthetics, so I like to incorporate all those parts of myself into my projects,” the entertainer added, contemplating her goals. “I don’t know how I feel about acting yet.”

Leon also told Mazar, who has appeared in films like “Goodfellas” and “Little Man Tate,” that one of the reasons she doesn’t see herself on the big screen is because “actors really annoy me and I can’t be around them.”

“As for music, I can sing,” she then recognized, but admitted, “I just don’t care about it. Maybe it’s too close to home.” 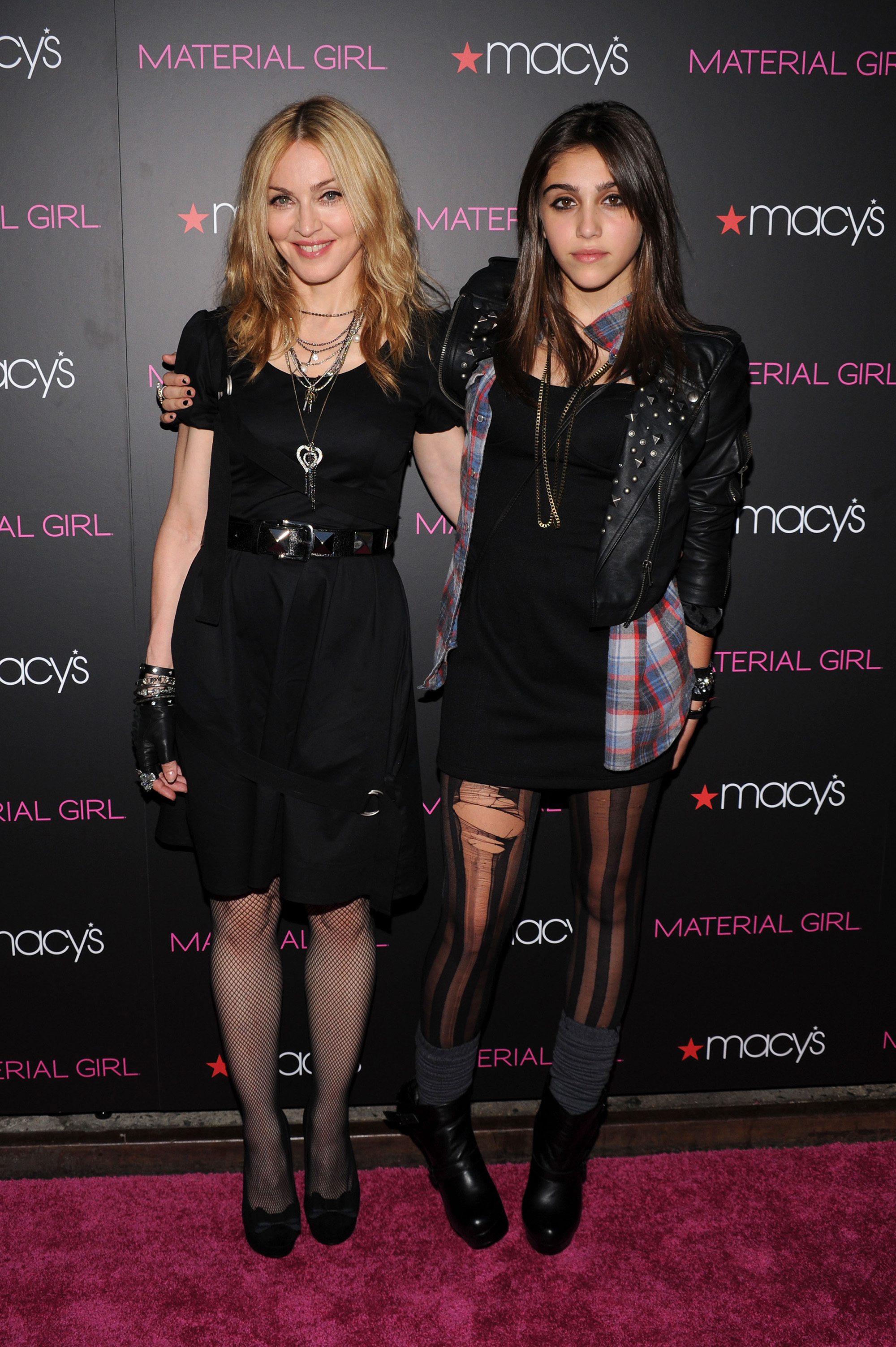 “I don’t cringe,” she said, noting that with age she is “increasingly able to recognize how influential and amazing this woman is, and how empowering to other women and ahead of her time she has always been.

“I didn’t fully comprehend that until I realized the importance of empowerment and what it means to be a woman. She’s probably the hardest worker I’ve ever seen. I didn’t inherit that, unfortunately. I inherited her control issues, but not her work ethic.”

Leon is Madonna’s daughter with ex-boyfriend Carlos Leon, whom the “Like A Virgin” singer dated from September 1994 to May 1997. She also has a 21-year-old son, Rocco Ritchie, with ex-husband Guy Ritchie, and five adopted kids: David Banda, 16, Mercy James, 15, and twins Estere and Stelle Ciccone, 9.