TOM UTLEY: You don’t need to win £58m on the lottery to learn the value of money — try lockdown instead

Here’s a sentence I never dreamed I’d write: I couldn’t help feeling a momentary twinge of sympathy for Ryan Hoyle, 38, when I read yesterday that the self-employed joiner had just won £58,366,487 in the EuroMillions draw.

Don’t worry. The feeling passed quickly enough and I’m well over it now. But, let’s face it, the gods of fate could hardly have picked a crueller moment in history at which to shower the poor chap with his colossal windfall.

In normal times, I bet he’d have been straight on the blower to the smartest restaurant in town to organise a slap-up celebration for his friends and relations.

Next, I suspect, he’d have been off to a swanky estate agency to swap his one-bedroom rented flat in Rochdale, Greater Manchester, for something more spacious, with a rolling acre or two. 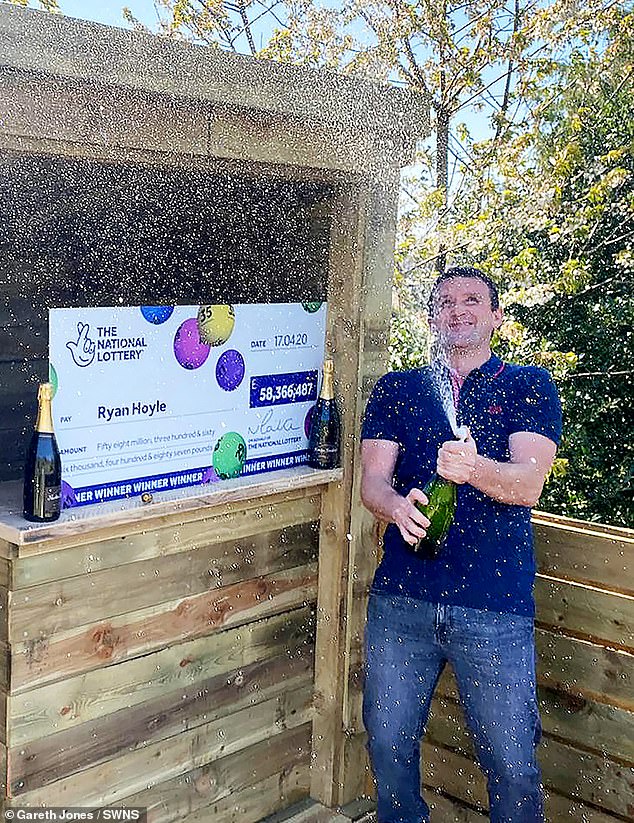 When Mr Hoyle (above) learned of his win on Saturday, he couldn’t even visit his local to raise a glass to his good fortune with his mates

Then perhaps a trip to a car showroom to inspect the latest Bentleys or Ferraris — pausing only to book a glamorous holiday in the sun, on some far-flung tropical beach.

As it is, when Mr Hoyle learned of his win on Saturday, he couldn’t even visit his local to raise a glass to his good fortune with his mates.

Instead, he went round to his parents’ place (strictly speaking, I’m not sure even this was allowed), passing his mobile phone through the window so they could check the message he’d received on his EuroMillions account.

His school-cleaner mum and his dad, a factory worker, confirmed that his eyes weren’t deceiving him. Yes, he really was a multi-millionaire.

But of course, if he wants the celebrations, the new house, the top-of-the-range car or the holiday, they will just have to wait. For the foreseeable future, he’s stuck in his one-bedroom flat.

His only immediate ambition, he says, is that his winnings will allow his father to give up work by the end of the week and his mother to take early retirement.

As for his 11-year-old daughter: ‘If she’s lucky and she behaves well, she might get her iPhone 11.’ Not a lot to show for a fortune of more than £58 million.

But then it’s not only lottery winners for whom this lockdown has changed the meaning of money. There can be hardly anyone in the world whose attitude to it hasn’t changed, one way or another, since the disaster struck.

For those who were just about managing before Covid-19 broke out — Theresa May’s ‘Jams’ — mere daily worries about money have become an hourly nightmare. If this drags on much longer, how will they feed their families? And what horrors will the future hold for them when, please God, it is all over? 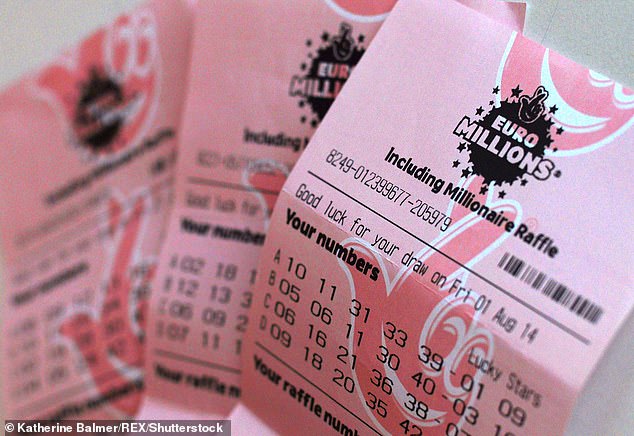 The same is true of those men and women who have devoted their lives to building up small businesses. Every day I get heart-rending emails from their PR people, desperately trying to interest me in publicising online yoga courses, new ranges of make-up or exciting brands of tea that will supposedly pep up my love life. Sorry, but you’re talking to the wrong bloke.

Each plaintive email has a story to tell about enterprising people struggling hopelessly to stay afloat when they have no money coming in.

Meanwhile, nowhere have attitudes to money changed more than in government. It seems only yesterday when the Tories were pouring scorn on Jeremy Corbyn over his profligate public spending plans, to be funded by his magic money tree.

As it happens, I reckon those taunts were fully justified at the time — and I simply can’t fathom the old booby’s claim that the Covid-19 crisis somehow proves he was right all along.

(Is he really telling us we would have been better placed to ride the storm if only we’d given him the chance to destroy the public finances and throw millions out of work before the virus struck, rather than afterwards?)

But these days, those same Tories see magic money forests sprouting all around us, as they hurl unimaginably vast sums at the economy in their desperate efforts to keep it on life support.

I’m quite prepared to believe that this is our best hope of bouncing back strongly. But you don’t have to be a Nobel prize-winning economist to realise that the Treasury is spending tens of billions of pounds that it simply doesn’t possess.

For the worst affected victims of this crisis, then, money has suddenly become more important than ever. For others, such as Mr Hoyle and the Treasury, it has lost almost all its meaning.

Even for many of us in the middle — people like me who are lucky enough still to have cash coming in, with more than enough to live on — the lockdown has transformed the way we look at money.

If you’d asked our four sons a few weeks ago, they would probably have told you that I was a tight-fisted so-and-so who kept the firmest of grips on the keys to the safe at the Bank of Mum and Dad.

I prefer to think that I had only their interests at heart, wanting them to stand on their own two feet (all right, pedants, eight feet), without relying on me to bail them out if they got into trouble.

But yes, I admit it, until now I’ve always been careful with my cash. I’ve opted for cheap wine, cheap holidays and, I’m ashamed to confess, cheaper presents for my near and dear than I could comfortably afford. 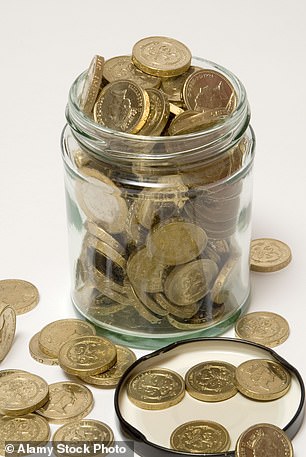 Covid-19 has thrown life and money into perspective. Gone are my dreams of a blissful retirement, enjoying the fruits of a lifetime spent counting the pennies. All that matters now is that we get through this (file photo)

I put it down to my childhood, when my over-generous parents were constantly in debt and we never quite knew where the next meal was coming from — not least because they sent me to fantastically expensive schools. You don’t quickly forget answering the door to the bailiffs, aged 14.

Since the lockdown, however, when two of our boys lost their jobs (both, I’m proud to say, are now doing unpaid voluntary work), I’ve been imploring them to accept my help — and shovelling money into their bank accounts when they were too proud to admit they needed it.

Like countless others in my fortunate position, I am also paying our cleaning lady full whack for her four hours a week, though she no can no longer come.

In happier times, the idea would have filled me with horror. Today, it doesn’t bother me at all.

I’ve also stopped caring if I’m charged over the odds for the bare essentials of life, such as my Marlboro Reds. Where before I would have walked miles to find a shop where they were cheaper, today I feel like a lottery winner if our corner shop has any in stock.

No, Covid-19 has thrown life and money into perspective. Gone are my dreams of a blissful retirement, enjoying the fruits of a lifetime spent counting the pennies. All that matters now is that we get through this.

So as long as I have anything left in my account, the Bank of Mum and Dad is open for business, on the easiest of terms. No repayment of loans is required or expected.

As for Mr Hoyle, I’m relying on him and his fellow multi-millionaires to restart the economy with a massive spending splurge, the moment this purgatory finally ends.

One word of caution, though. I have in my wallet a banknote for five billion dollars, given to me by a friend a couple of months ago.

It was issued by the Reserve Bank of Zimbabwe, after a massive spending and money-printing spree by that benighted country’s government. At the time my friend gave it to me, it was worth about 20p. Today, it’s not worth the paper it’s printed on.