The three Labor senators who allegedly bullied Kimberley Kitching have jointly denied the claims and confirmed they will attend her funeral after discussions with her family.

Senator Kitching died of a suspected heart attack last week. She had complained to an external workplace trainer in recent months that she was being bullied by colleagues. 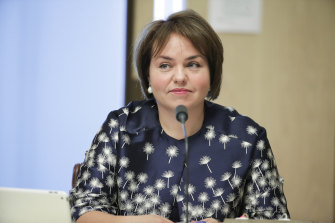 Reports over the past week have alleged this mistreatment included hostile behaviour from the Senate leadership team of Penny Wong, Kristina Keneally and Katy Gallagher.

The three Labor frontbenchers issued a joint statement on Friday morning saying they felt it was necessary to respond to the ongoing hurtful statements.

“Our priority at this time has been Senator Kitching’s husband, Andrew, her family and her loved ones. Their grief is profound, their loss immeasurable,” they said.

“Out of respect for them, and for Senator Kitching, we have not responded to allegations that have been made, despite them not being true.

“This has been hard, but we believed it to be the right thing to do to maintain some dignity for all concerned.”

It had previously been reported Senator Wong would not attend Senator Kitching’s funeral on Monday because of pre-existing commitments in the Northern Territory including a fundraising event.

However, her office confirmed on Thursday she had changed those plans.

In Friday’s statement, Senators Wong, Keneally and Gallagher say all three will attend the funeral.

“This follows engagement with Senator Kitching’s family about our attendance. We will do so to recognise and respect her contribution to public life,” they said.