Making each other laugh! Kirsten Dunst gave fans a rare glimpse at her life with fiancé Jesse Plemons, revealing a good sense of humor is one of the most important cornerstones of their relationship.

The Beguiled star, 39, posted an Instagram video on Friday, August 20, that showed her and the Breaking Bad alum, 33, goofing around on set while shooting Fargo season 2. “Fargo times were fun times,” she captioned the throwback post, which showed the pair lip-syncing to a Dubsmash clip about tea. 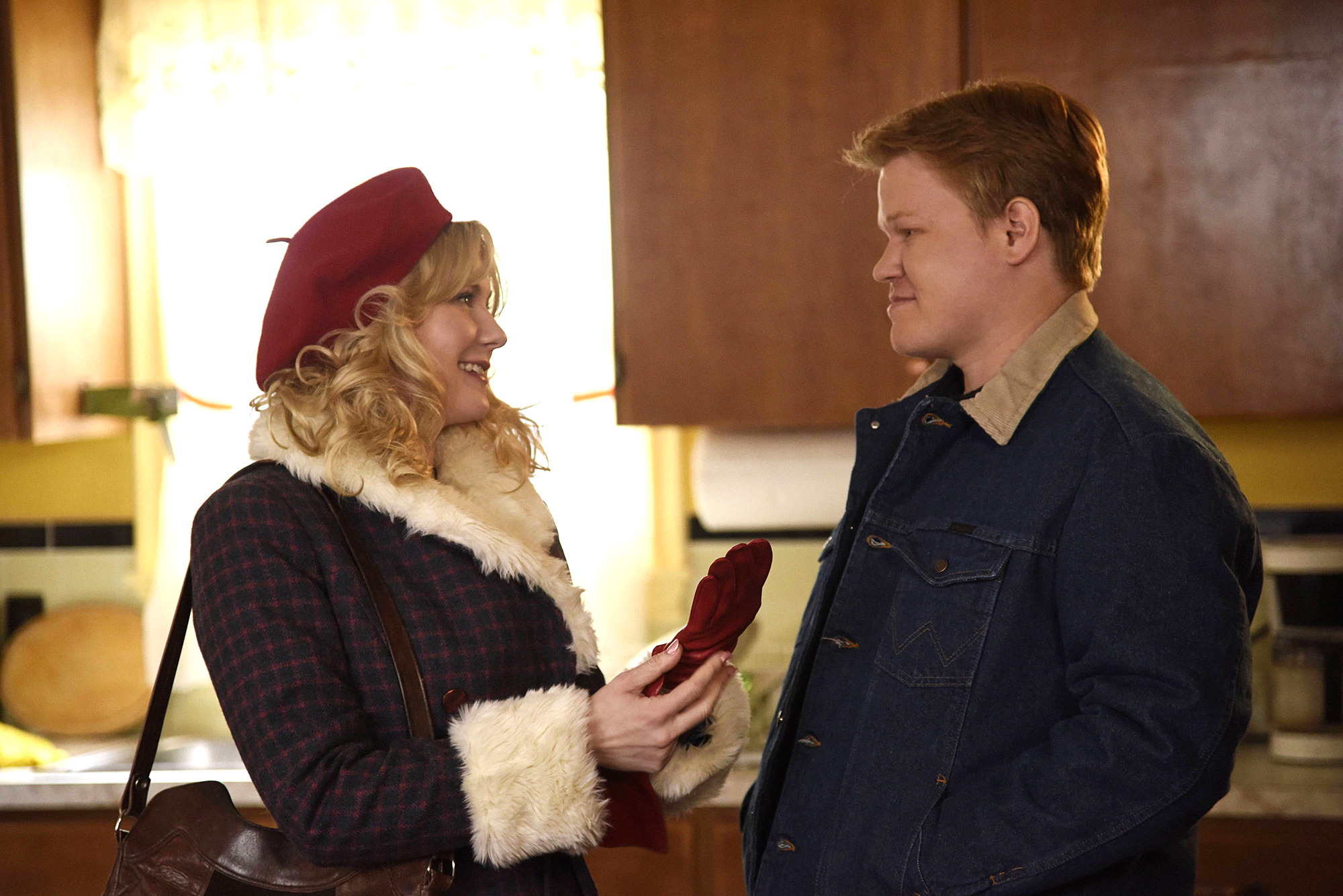 “How much do you pay for your tea?” Plemons’ character asks. “I haven’t had any tea,” replies Dunst’s. The Friday Night Lights alum then says, “You’re an idiot, you are fired,” and the duo burst into laughter.

The couple met in 2015 while filming Fargo, in which they played a married couple hiding their criminal activity, but didn’t start dating until 2016.

“I knew that she would be in my life for a long time,” Plemons told The New York Times in 2020, noting that they would stay up late running lines together. (They both earned Emmy nominations for their work on the show.)

“We laugh about the fact that we were two child actors, and we both made it out OK,” Dunst added. “He works so hard at what he does. He takes everything very seriously and embeds himself very deeply.”

In 2017, the twosome got engaged, and the following year, they welcomed son Ennis, now 3. Their second child arrived earlier this year. The pair have kept their relationship and family life relatively quiet, but in 2019, they brought Ennis with them to the ceremony for Dunst’s Hollywood Walk of Fame star.

Hollywood Love! Hottest Couples Who Fell in Love on Set

“We rode separately, Jesse and I, so we could focus, so my kid was already there,” the Marie Antoinette actress told Jimmy Kimmel in September 2019. “Grandpa was like, ‘Put him on the star, put him on the star,’ and there’s all these photographers there, so he, like, got photographed, which I wouldn’t have done had I been there.”

That same year, the New Jersey native admitted that she and her fiancé hadn’t planned her first pregnancy. “I thought I would have a hard time getting pregnant, but it was a surprise,” she told Net-A-Porter. “If I hadn’t met Jesse, I would have frozen my eggs. [But] it feels like I lucked out.”