Ahead of her “SNL” hosting gig, Kim Kardashian donned an eye-catching coat for dinner with Ben Affleck ex and producer Lindsey Shookus and the show’s cast at Lattanzia Cucina Italiana on Tuesday.

She turned heads in the $23,000 over-the-top Balenciaga outerwear, which featured huge shaggy sleeves and all-over sparkle.

Under the grey, shimmering style, Kardashian was still decked out in the all-black Balenciaga attire that’s quickly becoming her signature.

In addition to a black wrap top and her go-to pantaleggings ($2,850), she rocked a pair of dark sunglasses for her night in New York.

The reality star is set to host “SNL” on Saturday, with Halsey performing as the musical guest.

She previously said on Instagram that she was feeling “the pressure” about her hosting duties, following Debra Messing publicly questioning why she scored the role. 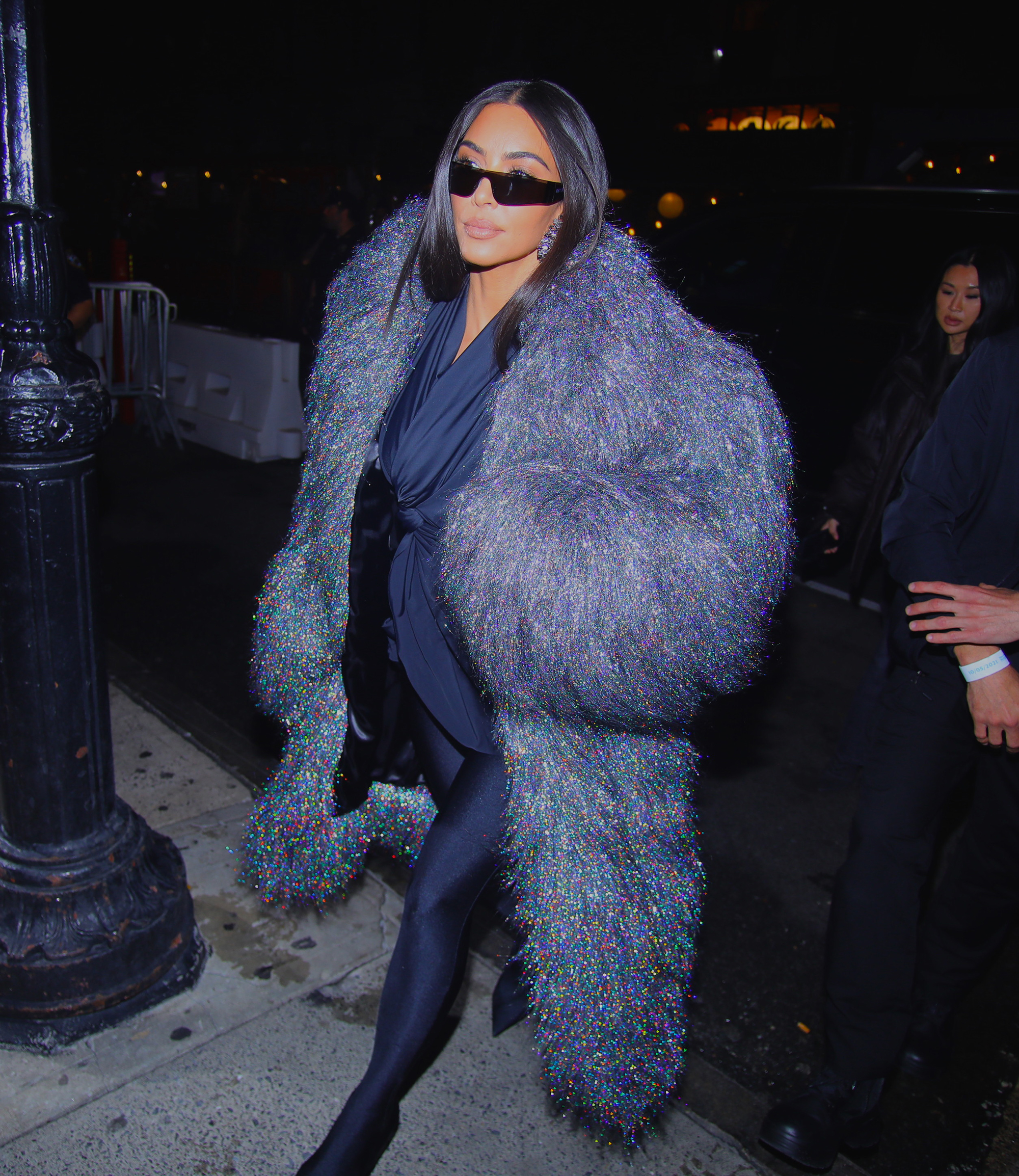 Page Six exclusively reported that Kardashian’s estranged husband, Kanye West, is also in New York to secretly help her prepare for the show. The news comes after the pair were spotted grabbing dinner together in Miami last week.

“Kim is nervous about hosting ‘SNL,’ its a big challenge but she is determined to be a success,” a source said.

“Kanye is quietly advising her on her performance, her opening monologue, even her costumes for the show.”

With the rapper having showed his support for her completely covered-up Met Gala look – which included a full face of glam and a $10K ponytail – perhaps the episode’s costumes will include more all-black Balenciaga styles.