Kim Kardashian breaks down over Kanye West divorce: I feel like a failure

Khloé Kardashian put an Instagram commenter in her place after she criticized the Good American founder’s birthday tribute to Kanye West.

A follower with the username aliyahmartinez98 said Khloé calling the Yeezy designer her “brother for life” was “too petty for me.”

“Your sister bond should be much more strong than feeling the need to say that,” the fan wrote.

“Your divorce was so hard on you even the picture is just uncalled for,” the fan wrote, turning her attention to Kim Kardashian, who is in the midst of a divorce from West.

Ever-defensive about her family, 36-year-old Khloé blasted the commenter for knowing nothing about their family.

“Why are you even commenting on something you know nothing about? You don’t think me and my sisters talk about one another’s feelings? We are with one another everyday [sic],” Khloé responded.

“This is MY FAMILY. Not yours! Don’t comment as if you in the know unless you are actually in the know. Weirdo!!!”

In honor of the “Jesus Walks” rapper’s 44th birthday on Tuesday, Khloé posted a photo of her, West, the Skims founder and on-again, off-again boyfriend Tristan Thompson. 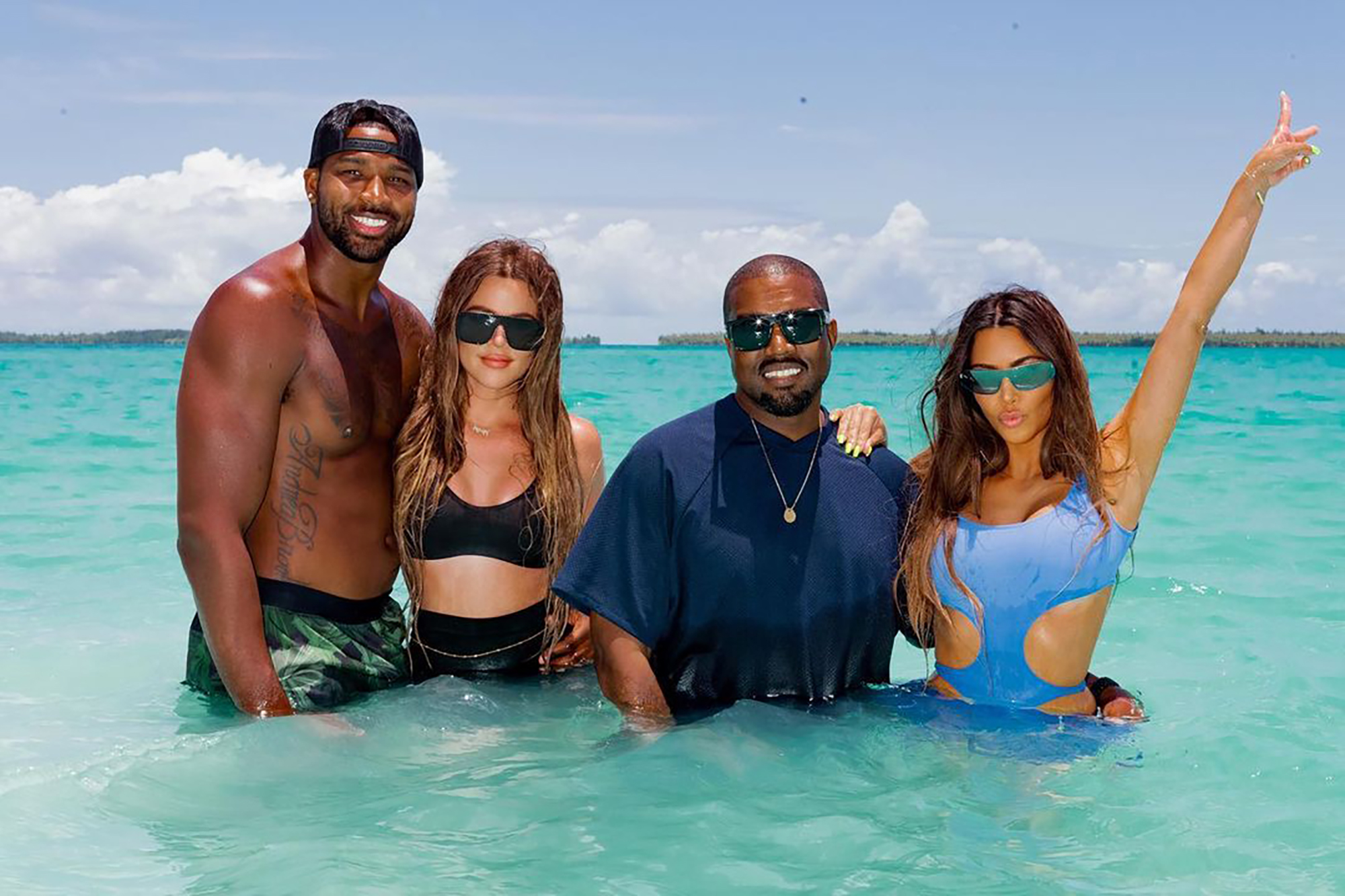 While this fan in particular didn’t seem to care for Khloé’s efforts, the KKW Beauty mogul gave her stamp of approval by commenting with a balloon emoji and following up with tributes of her own dedicated to her estranged husband, whom she said she would love “for life.”

The various tributes to the “All of the Lights” rapper highlight their amicability since Kim officially filed for divorce from West in February, though Page Six broke the news in early January that the marriage had dissolved beyond repair.