Prince William more upset at attacks on Kate than those aimed at him: biographer

Kate Middleton became the target of a Twitter uproar Wednesday, after a top British police official awkwardly tried to defend the Duchess’ decision to attend a vigil for the late Sara Everard.

Metropolitan Police Commissioner Dame Cressida Dick — who had earlier implied the entire March 3 event was an illegal gathering — caused outrage on social media when she appeared to backtrack on her comments in a bid to not implicate the royal in wrongdoing.

“She’s in the course of her duties. She was working,” Dick said, when grilled on her comments during a BBC Radio 4 program.

The police commander sputtered at points, as she apparently tried to avoid not smearing the royal while also not backtracking on her former comments condemning the rally, in which protesters clashed with cops over the handling of Everard’s case.

“It was clearly possible under the law for somebody who lived locally to walk, as many did, and lay flowers legally,” she said. “There are other reasons why people might be in the area, and they could have laid flowers calmly and peacefully, potentially legally. And you will have seen for six hours, we did not enforce any laws.”

The top cop’s comments caused vitriol to rain down across Twitter, as users ripped Middleton and accused her of using the vigil as a photo-op for the troubled royal family.

“Nothing the Duchess of Cambridge, or her husband do is with one iota of sincerity,” one user tweeted. “All for publicity value. Like rest of Royal Family, their contribution during Pandemic has been negligible.”

Another user also posted side-by-side photos of Middleton in different settings, one of her wearing a face mask and the other without.

The 39-year-old Middleton was among thousands who attended the London vigil for Everard, who had gone missing on March 3 while walking home from a friend’s apartment in London.

A British police officer was later charged with kidnapping and murder in Everard’s death.

As the vigil transpired amid the COVID-19 pandemic, cops tried to break it up, leading to allegations that the police used too much force on the protesters. 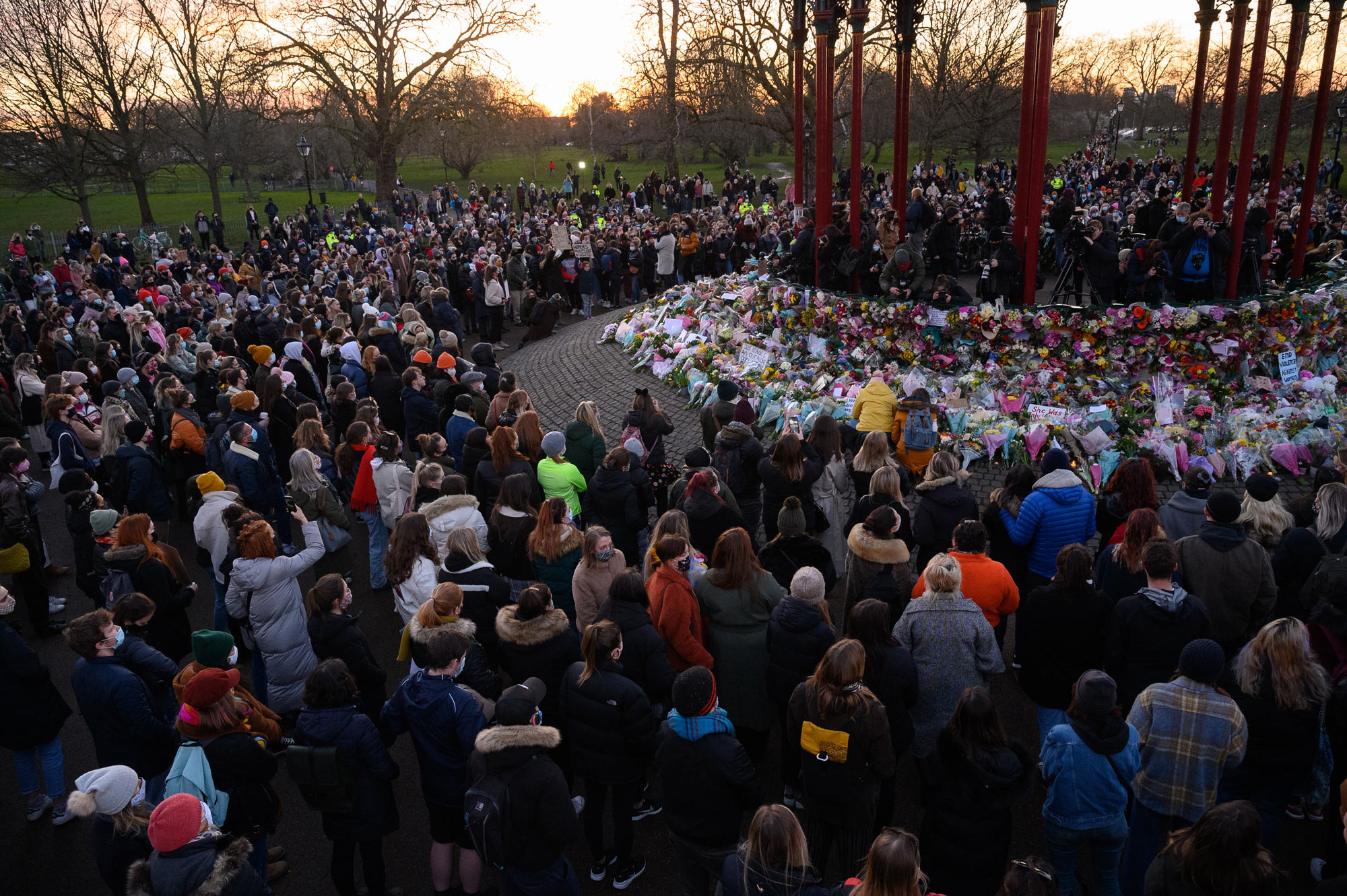 While Middleton was not involved in any of the mayhem, her mere presence there was decried as a shameless bid for publicity by some on Twitter.

“This is sordid. Duchess of Cambridge attended a vigil. The Palace said it was a private visit. I and others said it was a PR stunt, she was maskless, no social distancing,” one user wrote. “She wanted to be seen. Cressida Dick said she was working. Is the Palace lying *again*?”

Another commentator noted that Middleton “never went to the vigil” itself and “was laying flowers hours before” it had even started.

“It was a private visit and she came in, paid her respects then left,” the user continued. “Before anyone starts, masks aren’t required outdoors. Everyone knows this. The Duchess doesn’t usually wear a mask outside unless it’s legally required like being on NHS property, outside a school etc.”

Middleton’s visit was not listed on the Court Circular, according to Hello Magazine, which noted that it is a daily list of royal appearances.

During Wednesday’s BBC appearance, the commissioner was asked whether she knew of Middleton’s plans to attend.

“The Met did know, absolutely, but of course we take all sorts of precautions to make sure that we don’t unwittingly draw attention to visits like that,” Dick said.

The duchess is said to have sent Everard’s family a personal note after attending the gathering, per the Daily Mail.

The royal family has been engulfed in controversy in recent weeks following Prince Harry and Meghan Markle’s bombshell interview with Oprah Winfrey. During the sit-down, the Duchess of Sussex, 39, revealed Middleton made her cry ahead of the 2018 royal wedding, though she called her sister-in-law “a good person.”