Home » Lifestyle » JOHN HUMPHRYS: My father begged me to help him die

JOHN HUMPHRYS: My father begged me to help him die so let’s show compassion to others like him and not demonise GPs who ask patients to plan for their end of life

The sun was rising over the River Severn as I crossed the bridge from Wales into England.

I was driving home to a party for my 60th birthday. I had not slept the night before. I had been at the bedside of my father as he lay dying.

Death finally came, as so often, in the darkest hour. You may think it callous beyond belief that I did not cancel the party. But I was not in mourning.

Death was what my father had wanted for a long time — probably since my mother had died suddenly some years earlier. He’d taken to drinking a bottle of whisky a day and then developed vascular dementia. 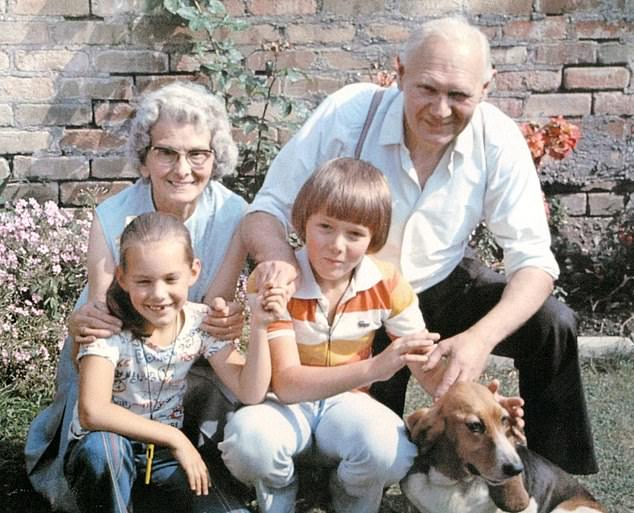 Winifred and George Humphrys, parents of John, with their grandchildren

Eventually, he collapsed and was rushed into hospital. The consultant told me and my siblings he would recover but would never again be the man he once was. His brain was severely damaged.

He invited us to consider the possibility that we should allow nature to take its course. My two brothers and I nodded silently. My sister — a wonderful, saintly woman who had cared for him with uncritical love even after his illness had turned him into her tormentor — would not hear of it.

‘You must do everything to keep him alive,’ she told the consultant. And they did. The next year or so was hellish. No nursing home could cope with his unpredictable behaviour and occasional violence and he ended up in a psychiatric hospital.

I remember walking down his corridor and hearing him shout: ‘Help me! Help me!’ I have no doubt he meant: ‘Help me to die.’ Eventually, they found the right drugs for him and we moved him into another hospital for the elderly mentally infirm.

His physical health worsened. After one particularly serious infection, I asked his consultant what treatment he would suggest. ‘None,’ he told me. ‘He has turned his face to the wall.’ And so my father was allowed to die.

What a strange word in this context.

We might ‘allow’ a child to have another biscuit. We might not. We might force a child to undergo essential medical treatment. We make important decisions for them.

Not so with adults — always assuming they are mentally competent. We have no right to refuse loved ones the right to die if there is clear evidence that that is what they want to do. 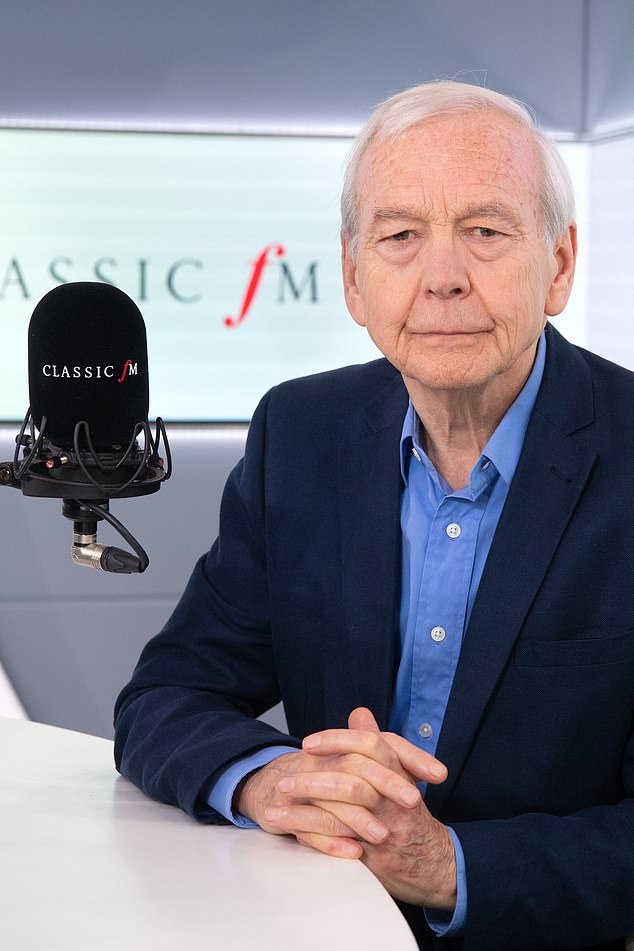 As I write, the BBC is reporting that some care home managers in Brighton and Hove have been ‘advised’ by NHS bosses that their residents might not be admitted to hospital if they catch Covid-19.

It was also suggested hospital treatment might not be desirable because it could increase pain and suffering. The reaction has been predictably angry. A few days ago this newspaper reported that a doctor in Lancashire, Andy Knox, is facing calls to be sacked from his job as director of population health for Morecambe Bay because of a video he posted.

He was accused by local rabble-rousers of ‘coercing’ people into choosing to die. What he had actually done was tell people at high risk from coronavirus that GPs want to know how they wish to be treated if they get the virus.

Did they, for instance, want to stay at home ‘even if it means you won’t get better’. He went on: ‘We are not trying to coerce you into any decision… we just want to have a really honest, upfront conversation with you… about what your wishes are about what will and will not happen to your own body.’

Sacked? He should be promoted for his compassion. The British Medical Association (BMA) wants an urgent public debate about the treatment of those most at risk or already with serious health problems, based not only on their needs but also on the capacity of the NHS to deal with them.

It wants many questions to be asked. How ill are they? How frail? How old? Let’s hope this debate goes much wider and focuses attention on one of the great unresolved ethical dilemmas of our time: physician-assisted dying.

I wrote a book about it with my then GP Dr Sarah Jarvis more than ten years ago. We expected to get plenty of stick and we did. We argued that the law should be changed to allow doctors to help patients to die if they were terminally ill and had made it clear that they did not want to be kept alive come what may.

Our opponents claimed — and some still do — that this is a form of euthanasia and gives relatives the power to get rid of an unwanted burden, perhaps so they may get their grubby hands on the dying person’s savings.

If that were true, it would, indeed, be a terrible stain on any society that prides itself on its fundamental humanity. But it is not. Today, medically assisted dying in one form or another has become legal in nine states in America and in a small number of ­European countries.

There have been a tiny handful of cases where it has been alleged that the law has been abused. But if that has, indeed, happened, it is because the legislation has been written with inadequate safeguards.

In this country there have been several attempts to get the law changed. The last was five years ago. MPs were asked to allow doctors to help someone to die if they were expected to live for no more than six months.

The Bill included all the legal safeguards you would expect. But MPs threw it out by a twothirds majority. I’ve no doubt some of those MPs were driven by their conscience or strong religious convictions.

Others were simply scared of the power that the Church still wields in this debate. Or maybe they fear public opinion. If they do, they are sadly out of touch with the national mood.

The latest poll, conducted by the National Centre for Social Research a year ago, shows that over 90 per cent think assisted dying should be legalised for those suffering from terminal illnesses.

Another survey found that almost as many people considered it acceptable for dementia sufferers to receive help to end their lives, provided they consented before losing their mental capacity. And doctors themselves, who have always been opposed, are having second thoughts too.

The BMA is in the process of surveying its 160,000 members. If they approve, MPs will surely take note. In one of his less famous novels, the great Victorian writer Anthony Trollope imagined a British crown colony in the middle of this century which had been given independence.

It was run by a senate of young men desperate to build a modern state. It approved a proposal to terminate citizens’ lives at a fixed age to spare them undignified suffering and to help cut down on the state’s expenditure on unproductive people. The age was fixed at 67.

Grotesque, of course — except for that single word ‘undignified’. I once knew a woman who lived in Athens — a bright woman whose beautiful daughter married my oldest child.

She’s still alive but she is not the woman I knew. Sixteen years ago she was struck down by dementia. For the last seven years she has been bedridden, unable to speak or move. Can she even think? No one knows.

A few months ago she was attacked by a life-threatening infection and hauled off to hospital. Her life was saved. Why? Forgive me if this column adds to your gloom in the middle of our great crisis.

It should do the opposite. The great philosopher Immanuel Kant wrote that two things filled his mind with awe: ‘… the starry heavens above me and the moral law within me.’

What I am arguing for is a different approach to life and death, one which allows us to end our suffering with all the help we might need and accept death with dignity. There is no greater moral law.

It puts the starry heavens within our reach.