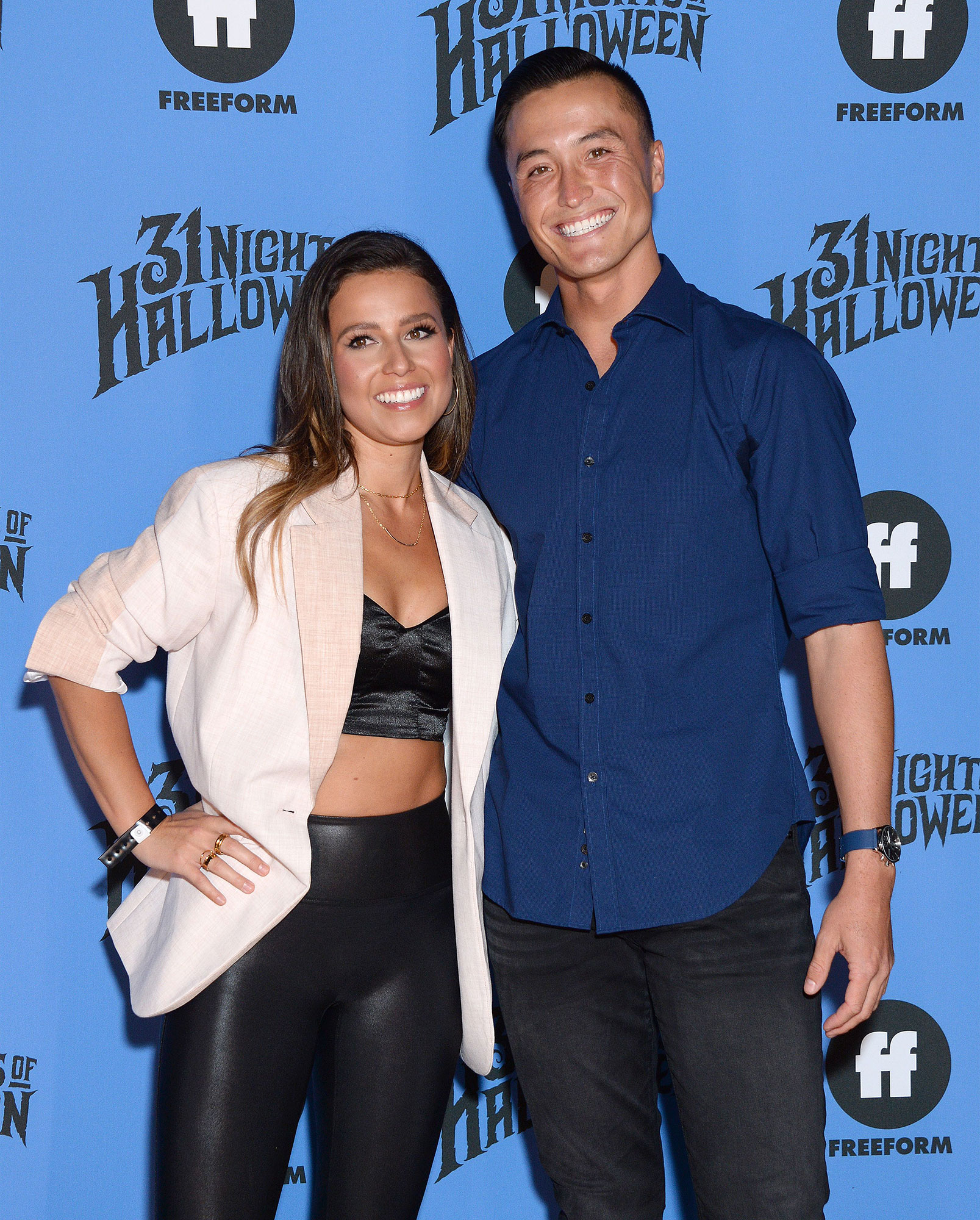 Showing his loyalty! John Hersey still supports ex-girlfriend Katie Thurston — and will defend her against the haters!

After an internet troll blamed Thurston, 31, for not being able to “get a guy,” Hersey, 28, quickly jumped in to defend the former Bachelorette’s honor.

“You will speak a finite number of words throughout your life. I urge you to speak more kindly. Especially about someone you don’t know,” the bartender quipped in response to the comment on Tuesday, June 21. “I have never been so supported or unconditionally loved by a partner. Assuming and implying that Katie is doing anything wrong does not sit right with me.”

Hersey concluded his clap back with a general plea, saying, “The internet can be a mean place  — let’s not add to it.”

Thurston first hinted at her breakup with Hersey on Monday, June 20. “Statement: No, we aren’t together,” she wrote via her Instagram Stories at the time. Hersey confirmed the two had called it quits the next day.

“I love being able to share special moments with you all — the funny ones. The happy ones. The outrageous, embarrassing, and heartfelt ones. But I don’t know if it will ever get easier to share the sad ones. As Katie stated earlier, we are no longer dating,” Hersey said on Tuesday via his Instagram Stories. “This decision was not made lightly, and it was obviously not an easy one to make.”

He concluded: “I appreciate every one of you that has supported us throughout this journey. We could not (and would not) be here without you.”

Thurston initially sent Hersey home on week two of The Bachelorette season 17, getting engaged to Blake Moynes instead. The two split in October 2021, only three months after the show finished airing. At the time, Moynes, 31, implied that Thurston emotionally cheated on him Hersey during a November 2021 episode of the “Talking It Out With Bachelor Nation” podcast.

“I really don’t think there was any physical cheating there,” he revealed at the time. “But there [was] clearly emotional [cheating] for it to transition as quickly as it did. I feel stupid and foolish for allowing it to happen, to some degree.”

Thurston, for her part, denied there was any overlap between the two relationships.

Hersey also came to the Washington native’s defense at the time, claiming that Moynes was “capitalizing” off the broken engagement.

Celebrity Splits of 2022: Stars Who Broke Up This Year

“I watched how much effort she put into that relationship while it was falling apart. And what really pissed me off about that, like, listening to that podcast was when there started to be a narrative get painted that she was putting no effort in, and Blake was the only one putting effort in at the end,” he during a March appearance on the “Off the Vine” podcast. “And furthermore, that in that time, where she was ‘absent,’ that she was somehow emotionally cheating with me. … It just pissed me off.”