Home » Lifestyle » JOHN CURTICE: It is a huge risk for Boris Johnson to go to the polls

Boris Johnson might be forced to go to the country but it remains a huge risk, says polling expert JOHN CURTICE

It has become one of the rituals of British politics when a new Prime Minister is installed in the absence of an election.

Arguments ensue about whether they should seek their own mandate by calling an early General Election.

In practice, none has done so since Sir Anthony Eden in 1955 – though perhaps Gordon Brown wishes he had done so when he first secured the keys to Downing Street in 2007.

Despite the historical record, speculation about an early Election has become widespread in the wake of Boris Johnson’s success in winning the highest political office. 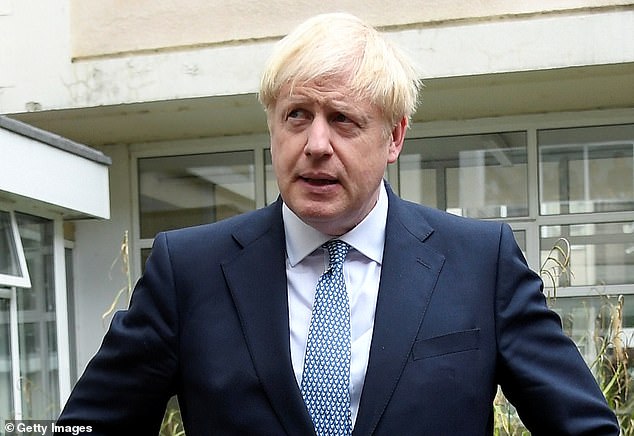 Despite the historical record, speculation about an early Election has become widespread in the wake of Boris Johnson’s success

And in this instance, there is good reason to believe that either the pressures or the temptation to hold an Election will prove too great at some point between now and Christmas.

After all, Mr Johnson leads a minority government that, even with the support of the DUP, has only the thinnest of majorities over all other parties in the House of Commons.

His predecessor was unable to get her Brexit deal past MPs. The new Prime Minister might be expected to seize any opportunity to strengthen his Government’s position.

Meanwhile, Mr Johnson is willing to contemplate leaving the EU without a deal should further talks with the bloc fail to produce a revised deal that he finds acceptable.

Yet it is far from clear that he can command the support of the Commons for such a step. If by one means or another MPs stop him from pursuing No Deal, Mr Johnson may find himself forced to go the polls.

Yet the party whose leadership he has just acquired is in a weak electoral position. Recently, the polls have on average suggested that just one in four voters would back the Conservatives in an immediate General Election.

The party’s electoral difficulties will be underlined if, as widely anticipated, it loses the Brecon and Radnorshire constituency in Thursday’s by-election.

Yet Labour is in no better a position. It too has been running at just a quarter of the vote. The party’s leader, Jeremy Corbyn, is currently deeply unpopular. 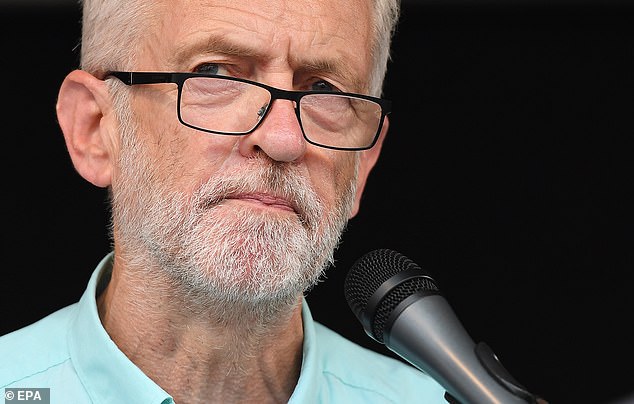 Labour has been running at just a quarter of the vote because the party’s leader, Jeremy Corbyn, is currently deeply unpopular

Both parties are being challenged by the Liberal Democrats (running at 18 per cent) and the Brexit Party (17 per cent), both of whom have been able to turn the Brexit impasse to their political advantage following remarkable success in the European Parliament elections.

This challenge presents Mr Johnson with food for thought. Nearly one in ten of those who voted Conservative in 2017 now say they would back the Liberal Democrats.

Remain supporters to a tee, they are unlikely to be won back by the Prime Minister’s hardline stance on Brexit – and they could help the Liberal Democrats win back many of the seats that they lost to David Cameron in 2015.

However, the exodus of Tories to the Brexit Party has been even bigger – around one in four of those who backed the party in 2017 have moved in the direction of a party that advocates leaving the EU without a deal. They are the voters above all at whom Mr Johnson’s uncompromising stance on Brexit is aimed.

In this he may already have had some success. Mr Johnson is popular among Brexit Party supporters. According to YouGov, 71 per cent of them have a favourable view of the new Tory leader.

Support for the Brexit Party has dropped on average by five points since the European elections two months ago. 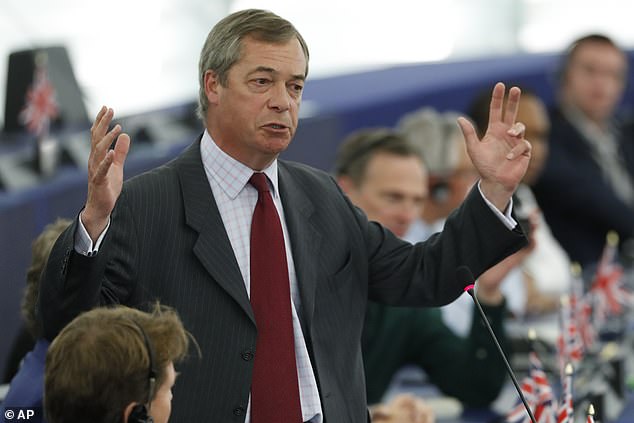 All eyes will now be on whether that support falls away further to the Conservatives’ advantage, such that a clear Tory lead begins to emerge in the polls.

However, if secured simply at the expense of the Brexit Party, any such lead will need to be substantial before a General Election becomes at all an attractive prospect.

Given the current standing of the Liberal Democrats, and also the continued dominance of Scottish politics by the SNP, the Conservatives would probably need to be on at least 33 per cent of the vote – or eight points ahead of Labour – before they even had a chance of winning an overall majority.

Small headline Tory leads in the polls in coming weeks could flatter to deceive.

Even the possibility of Mr Johnson winning an Election on just a third of the vote rests on Remain voters continuing to divide their support between Labour and the Lib Dems.

Unpopular as he is among the ranks of Remain voters – 86 per cent have an unfavourable view of him – this is a battle over which Mr Johnson has little influence.

Meanwhile, the Lib Dems now also have a new leader, Jo Swinson, who is as passionate about stopping Brexit as she is about delivering it, and who, in the coming weeks, will be trying to consolidate her party’s support in the ranks of Remain voters.

Our exclusive poll today, which puts the Conservatives five points ahead of Labour, gives Mr Johnson some encouragement, but is not as yet a sufficient foundation for him to want to go to the polls. On this issue at least, Mr Johnson would be wise to proceed with caution.