JANET STREET-PORTER: The tofu twerps blocking London’s roads are only hurting hard-working, ordinary people trying to make ends meet. So why on earth don’t the police and the mayor put a stop to their puerile pranks? 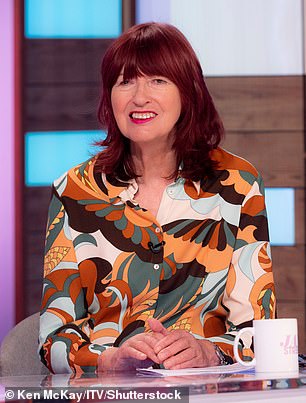 Janet Street-Porter says: ‘Wanting to save the planet is completely understandable and I support that mantra from the bottom of my heart. Anyone with half a brain agrees we must change the way we live to prevent climate change resulting in famine, drought and flooding’

Anyone driving through central London or trying to cross the Thames in the last few days might be tempted to use the same word as Channel Four news presenter Krishnan Guru Murthy chose to describe a government minister Steven Baker.

Every day this month, the tofu twerps have been causing chaos. For today’s prank, they sprayed Harrods orange and glued themselves to the road outside. To date, they’ve chucked paint over an Aston Martin showroom, daubed the Scotland Yard sign, and hurled tomato soup over a priceless painting (Sunflowers by Vincent Van Gough) in London’s National Gallery.

Tempers are frayed, hundreds of arrests have been made and we’re only halfway through a month of disruption planned by an organisation (Just Stop Oil) funded by an American billionairess. Aileen Getty inherited a fortune from grandad, legendary oil tycoon John Paul Getty and is giving most of it away.

She co-founded the Climate Emergency Fund, a charitable organisation which channels millions to fund direct action designed end drilling for oil and gas.

In 2019, Getty gave $500,000 to Extinction Rebellion, the protest group who blocked London Bridges and caused huge disruption at Oxford Circus last year. She’s given a similar amount to fund the Just Stop Oil campaign and says ‘disruption’ is necessary to ensure a change in government attitudes.

Wanting to save the planet is completely understandable and I support that mantra from the bottom of my heart. Anyone with half a brain agrees we must change the way we live to prevent climate change resulting in famine, drought and flooding. 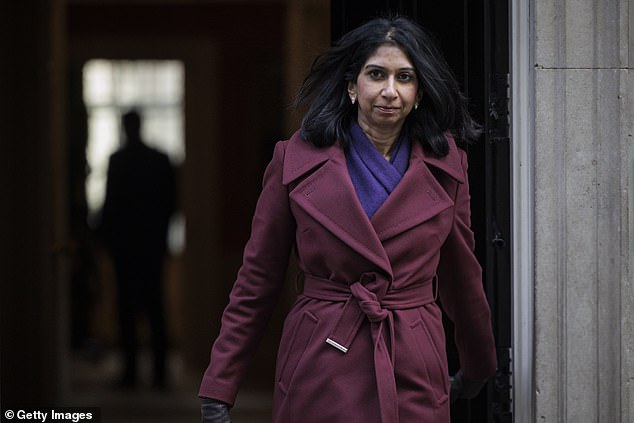 But these protestors are targeting the wrong people- ordinary folk driving to work because the trains are on strike, the ambulance drivers taking the sick and dying to hospital. Van and lorry drivers making deliveries, taking food and essentials to shops. Construction workers, skilled tradespeople simply doing their jobs.

Greta Thunberg brought together millions of followers inspired by her devotion to saving the planet – but would she approve of the desperate tactics now being employed to promote the cause?

Just Stop Oil demonstrators have run onto the track at the British Grand Prix and invaded the pitch at football matches. Irritating, but acceptable to many of us. Marches at weekends don’t cause too much inconvenience.

Closing a bridge for two weekdays, disrupting traffic to and from the Channel ports, causing six miles of traffic jams and cutting off the whole of South East England is another matter. Millions of pounds wasted by the actions of two blokes who climbed up to make a point and wouldn’t come down.

What’s even more disturbing is the eco-zealots’ perverted use of language. When I tweeted that chucking soup over a famous painting didn’t help the cause – dozens of eco-zombies disagreed, claiming it ‘wasn’t really vandalism’ because the painting was under glass. 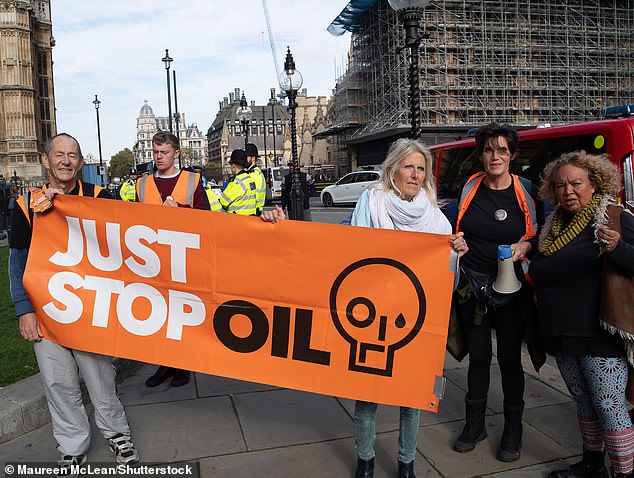 ‘Every day this month, the tofu twerps have been causing chaos,’ Janet Street-Porter says

One university professor wrote that he considered the vandalism ‘an act of genius’ and we shouldn’t worry because ‘after a wipe’ the painting was back on display.

According to Associate Professor James Dyke ‘there’s no art on a dead planet’. Presumably his viewpoint makes destroying a David Hockney (for example) perfectly understandable and even something to celebrate.

Has the world gone mad?

The two smirking soup-chuckers – called something like Phoebe and Lettuce Leaf, set a dangerous precedent in their Just Stop Oil trendy tee shirts. The next person who wants to make a point about saving the planet or the plight of dairy cows might decide to use a flamethrower or an axe and then the resulting damage might require more than a ‘wipe down’.

You might wonder why the police just stand around and let these demonstrators ruin the lives of the public trying to earn a living and go about their normal routine.

The new Met commissioner says he can only arrest people if they are causing ‘serious disruption to the life of the community’. Inconvenience doesn’t seem to qualify. 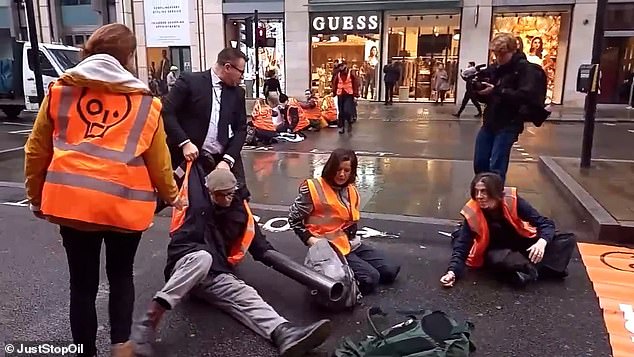 I suppose if a pregnant mum lost her baby or someone died of heart failure whilst trapped in an ambulance during a Just Stop Oil standoff, the police might act more promptly.

The Met say they need the agreement of the London Mayor, Transport for London or the local authority before they can wade in. Sadiq Khan says he is currently applying for injunctions to prevent demos blocking essential services such as ambulances.

But a law passed earlier this year gave the police more powers to arrest protestors blocking roads, with a maximum sentence of a year in jail.

Why do the police and the London Mayor seem so feeble when confronted by a bunch of tofu twerps? Give them a demo of angry women (like those at the Sarah Everard vigil on Clapham Common) or any event involving Black Lives Matter campaigners and they start moving people on pretty fast. 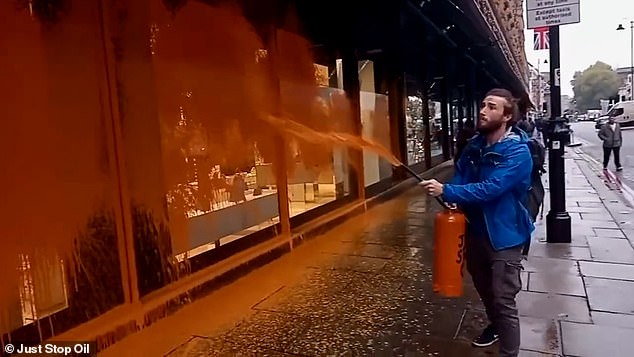 Protestors sprayed orange paint at the doors of Harrods in Knightsbridge