Home » Lifestyle » Jana Kramer: How My Kids React to Me Kissing Men in Movies

PDA alert! Jana Kramer’s two kids have mixed feelings about her kissing men other than their dad, Mike Caussin, in movies.

“My daughter, [Jolie, 5], saw the trailer where I kissed Ryan [McPartlin], and she looked at me, like, ‘Mommy!’” the One Tree Hill alum, 37, exclusively told Us Weekly of The Holiday Fix Up on Monday, November 8. “I was like, ‘It’s acting.’”

The Michigan native noted that the little one recently came home and told Kramer that she had a boyfriend. “I’m like, ‘You’re not even 6 yet. Calm down,’” the singer recalled. 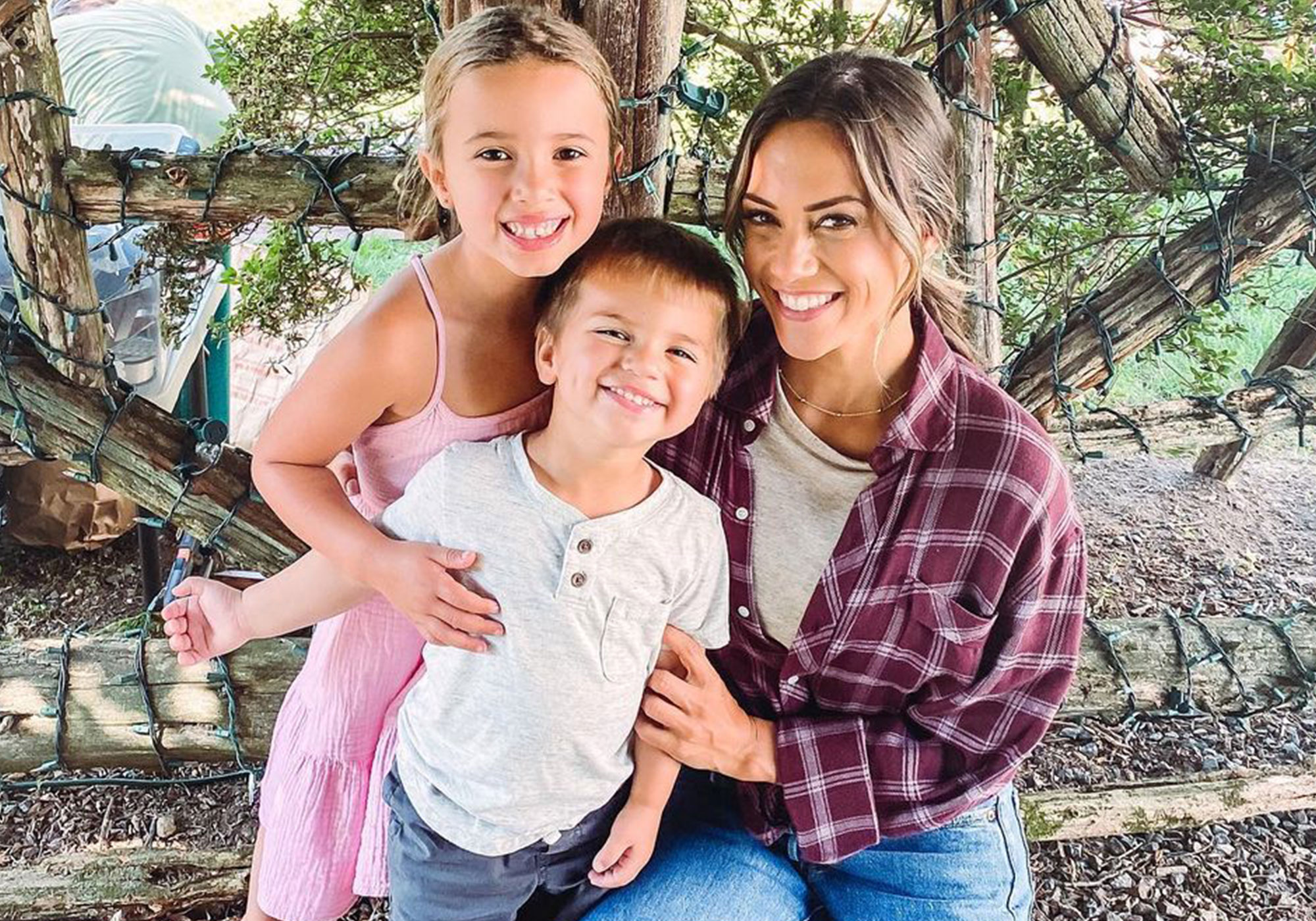 As for Jolie’s 2-year-old brother, Jace, the actress said, “He’s cute. I don’t think he understands the TV thing yet, but every time we get into my car, he goes, ‘Play Mommy song.’ He loves my song ‘Voices.’ It’s been cute. He gets that aspect.”

Jana Kramer and Mike Caussin’s Family Album Ahead of Split

Jace and his sister joined their mom on set in July in Connecticut, which she called an “incredible” experience.

“They were there for a lot of it, and it was great,” Kramer told Us. “I had my girlfriend there that helps watch the kids with me, and I was able to have them for a good two and a half weeks.”

The Dancing With the Stars alum added that the crew was kind to her children — even when Jace “threw a snowball at one of the writer’s computers.”

Kramer gushed, “It was fun. The greatest thing about Lifetime movies is that they’re family friendly.”

The songwriter shares Jolie and Jace with Caussin, 34. She filed for divorce from the former professional football player in April, citing “inappropriate marital conduct, irreconcilable differences and adultery.” Their split was finalized three months later.

Last month, the “I Got the Boy” singer exclusively told Us that coparenting with Caussin was “very hard.”

She explained, “I have no problem saying, like, the other day, I didn’t do it perfectly. I was upset and I was like, ‘I didn’t want this. I didn’t ask for this.’ My kids [were] crying for him. And I called, and let them obviously FaceTime, but I also was just like, ‘This is just so not fair,’ you know? Then I have to own it and be like, ‘I’m sorry, this is a hard situation.’”

Despite the breakup, Kramer has been keeping busy with her acting and music careers. While filming The Holiday Fix Up, which premieres on Lifetime Saturday, December 11, she maintained a “great working relationship” with McPartlin, 46.

“When we were looking at the [script] notes, it’d be like, ‘OK. That’s not real life,’” she told Us on Monday. “If Ryan said this to me, this is what I would say back to him. And if I said this to him, this is what Ryan would say back. We were really able to make it as organic as we can but still using the formula that everyone loves for those Lifetime movies.”