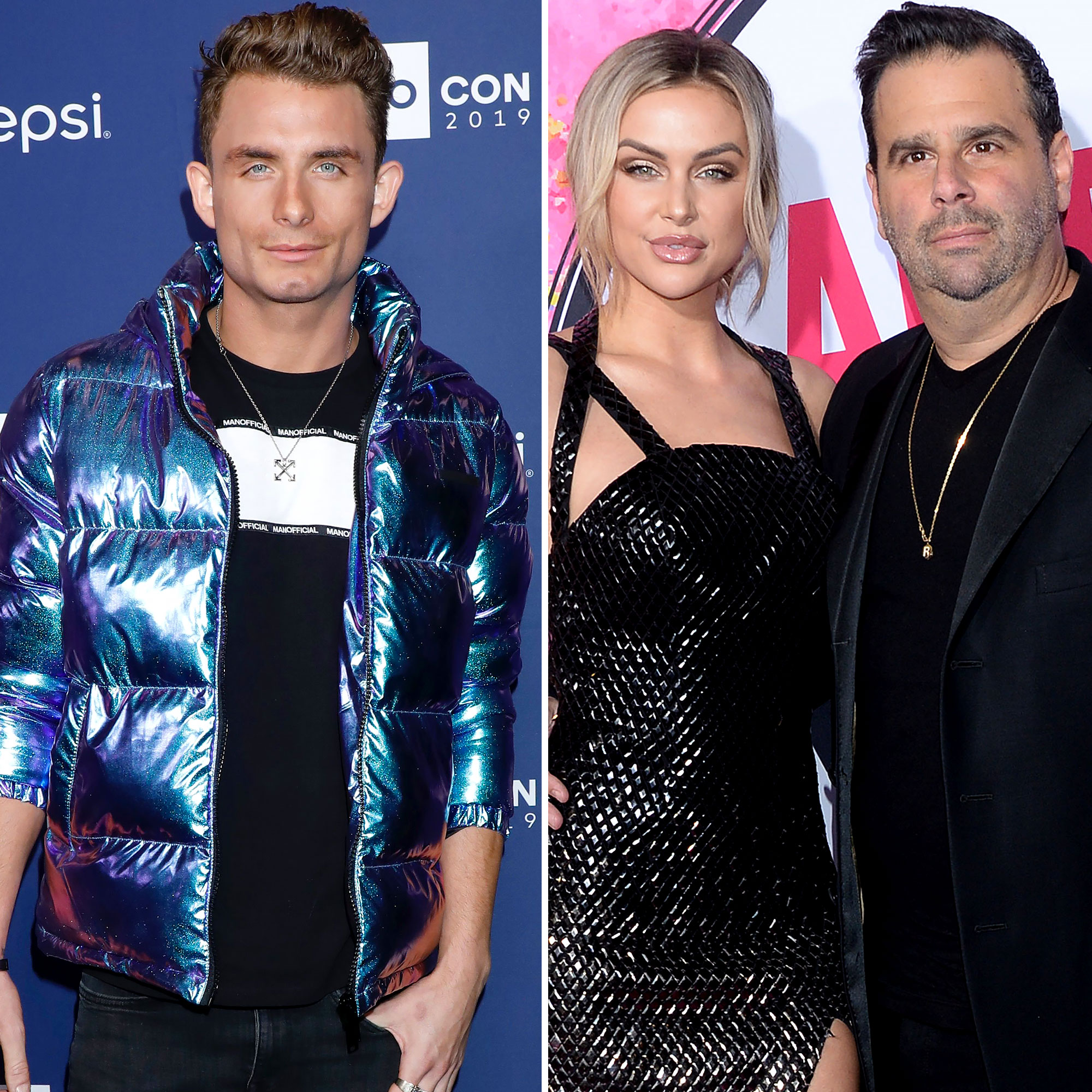 Giving his “fofty” cents. After Lala Kent sparked speculation that her relationship with Randall Emmett may be over, James Kennedy reveals that he is of two minds.

Lala Kent and Randall Emmett: A Timeline of Their Relationship

“Well, look, Randall and I have come a long way and obviously my loyalty stands with Lala, no matter what,” Kennedy, 29, said during an appearance on Watch What Happens Live With Andy Cohen on Tuesday, October 19. “But, honestly I don’t know much. I just wish them the best. I don’t really like to dip deep into their business. You know what I mean?”

The Vanderpump Rules star, who got engaged to his longtime girlfriend Raquel Leviss earlier this year, added, “I’m more about me and Raquel these days.”

Later in the segment, the DJ pointed out how the split rumors have turned the spotlight back on the Give Them Lala author, 31.

“It’s perfect timing, isn’t it? Tonight’s more about me and Raquel and all we are talking about so far is Lala,” he noted. “I’m just, like, it’s perfect. She’s got a book signing tomorrow in L.A., right?”

Although Kennedy couldn’t offer any more insight on Emmett, 50, and Kent’s relationship, he did share how the possible issues have put him in a personal predicament.

“We have a pickleball tournament with Randall in La Quinta. She canceled that,” the U.K. native added. “Well, her participation is canceled, but now what do I do? Do I go play pickleball with Randall? I’ve got myself in a pickle here.”

Kennedy’s insight into the situation comes after Kent initially made headlines for erasing all traces of Emmett off her social media on Sunday, October 17.

The reality star, who got engaged to the producer in 2018, also posted a clip of two men walking through the Beverly Hills Hotel with suitcases. They were pushing her daughter Ocean, 7 months, who she shares with Emmett in the Instagram Story clip while Beyoncé‘s song “Sorry” played in the background.

That same day, the beauty mogul noticeably “liked” a meme on Instagram about Emmett allegedly cheating on her.

“Rumors are swirling that Randall might have had some extracurriculars with a couple of cocktail waitresses,” the caption alongside a side-by-side photo of the director with Lisa Rinna holding a gun.

Although the pair have yet to comment on fan speculation, Emmett has continued to use social media to share photos of his children. The Midnight in the Switchgrass director also shares daughters London, 11, and Rylee, 8, with ex-wife Ambyr Childers.

Kent, for her part, has been focused on an upcoming signing for her memoir.

“I love you all and I’m thankful for ALL the support. Truly. This book feels like another lifetime,” she wrote via Instagram on Tuesday. “But I’m thankful I get to look back on moments, to see just how far I have come. I am unbreakable, thanks to you all 🤍.”