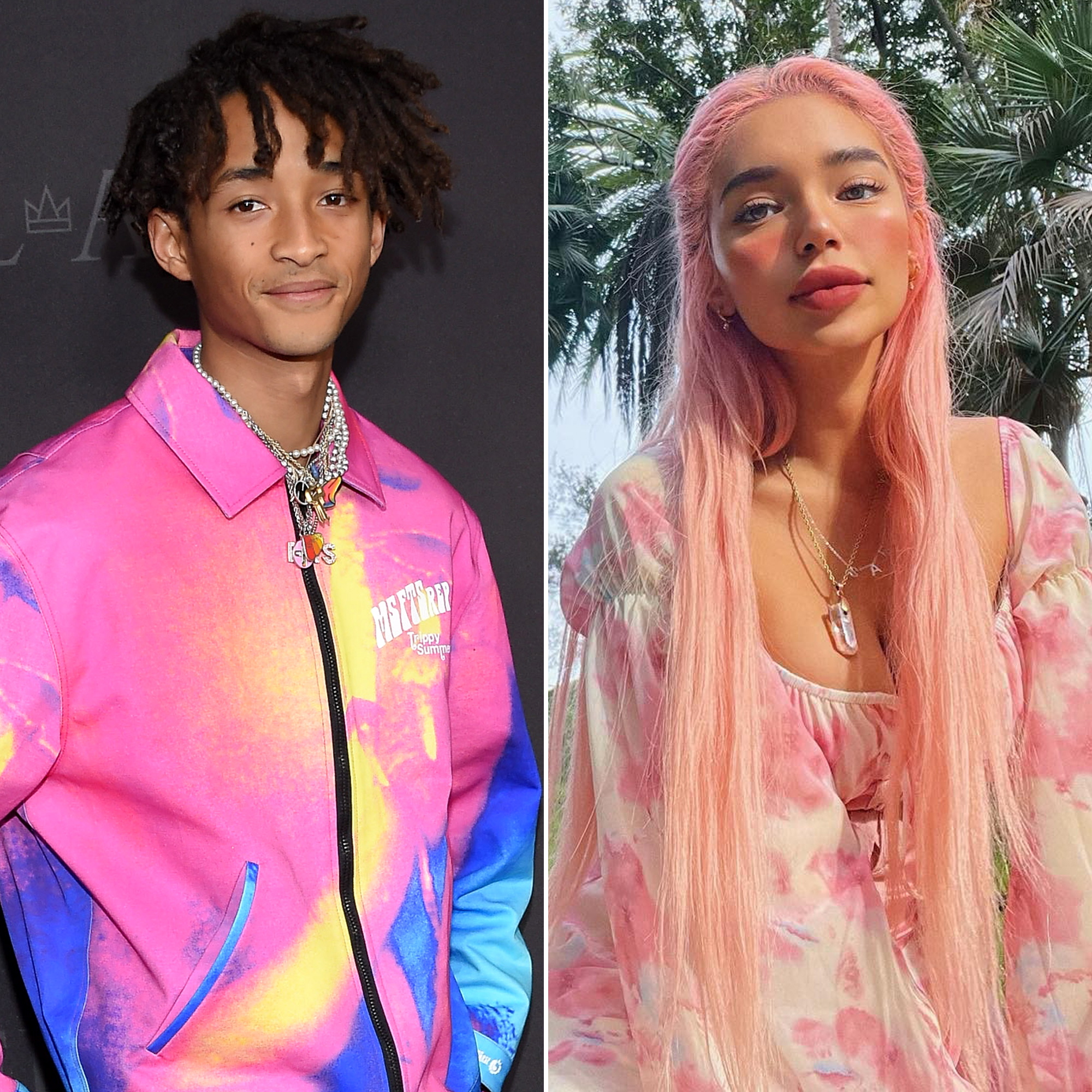 In a good place. Jaden Smith’s girlfriend, Sab Zada, has been a shoulder to lean on amid his recent family drama, a source exclusively tells Us Weekly.

Will Smith’s Sweetest Moments With His Kids

“They’re very much in love and talk about everything,” the insider says. “He has shared his feelings about his father’s difficult situation with her and she has been nothing but supportive and loving and there for him.”

The 23-year-old actor’s family has been in the spotlight since late March after his father, Will Smith, slapped Chris Rock over a joke he made at the 2022 Oscars.

The Fresh Prince of Bel-Air alum, 53, has since publicly apologized to Rock, 57, for yelling, “Keep my wife’s name out your f—king mouth” during the broadcast after the Saturday Night Live alum poked fun at Jada Pinkett Smith’s bald head. (She’s been vocal about suffering from alopecia.)

The Academy of Motion Pictures Arts and Sciences ruled earlier this month that Will would be banned from all Oscars events for 10 years as punishment for his actions. Ahead of the decision, the King Richard star resigned from the Academy, again apologizing for his outburst.

“My actions at the 94th Academy Awards presentation were shocking, painful, and inexcusable,” Will said in an April statement. “The list of those I have hurt is long and includes Chris, his family, many of my dear friends and loved ones, all those in attendance, and global audiences at home. I betrayed the trust of the Academy.”

Amid all the drama, Jaden has turned to his loyal group of friends and the 22-year-old Instagram star.

“Jaden has incredibly supportive friends that have been there for him as well,” the source tells Us. “He’s had the same friend group for years and he’s always leaned on his inner circle for support.”

The Karate Kid actor was recently spotted at the Coachella Valley Music and Arts Festival over Easter weekend with Zada after first sparking romance speculation in September 2020. 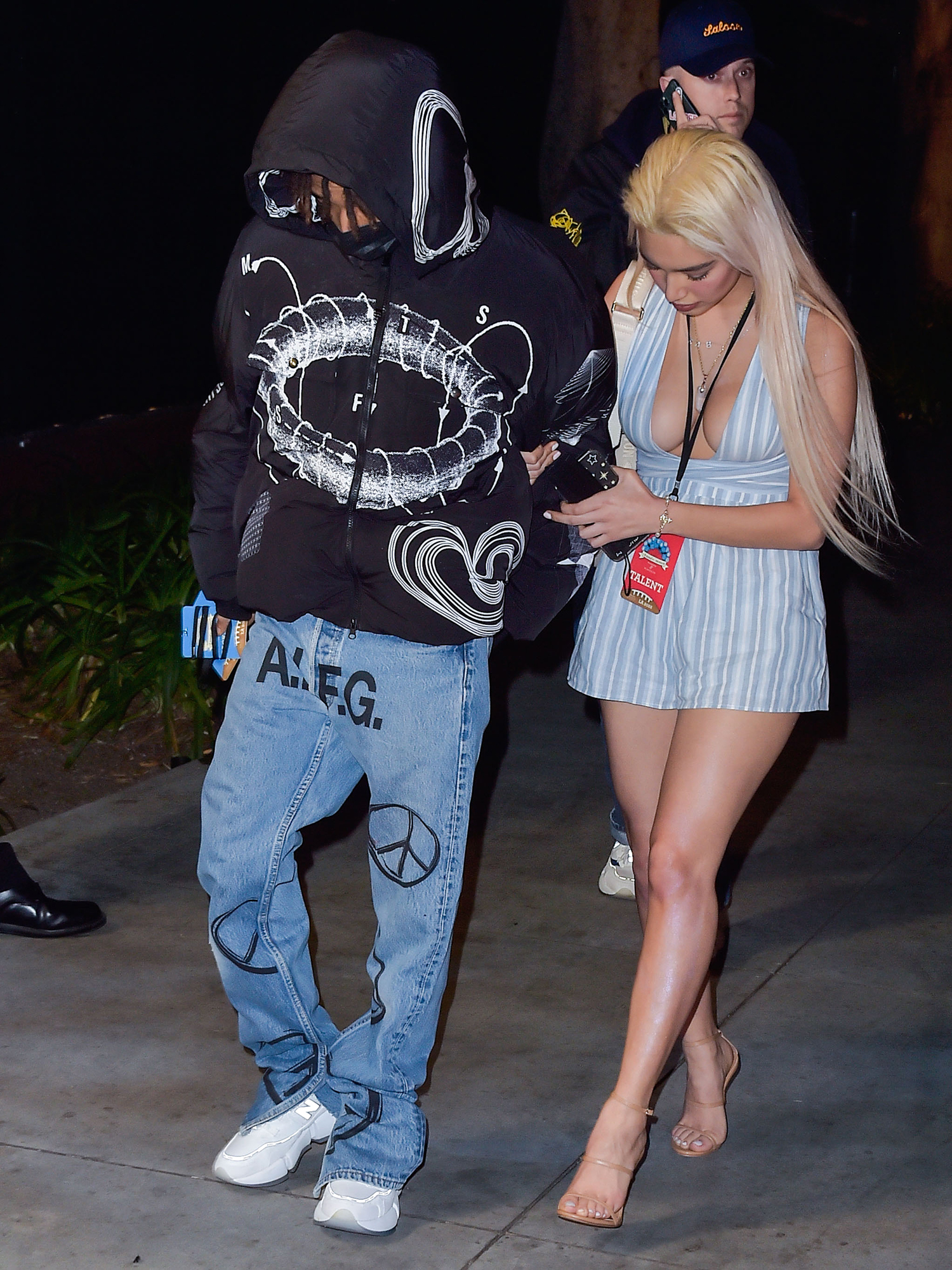 Jaden’s sister, Willow Smith, was one of the performers during weekend 1 of Coachella. Her set came one week after she joined Camila Cabello as her musical guest during the April 10 episode of Saturday Night Live.

During the broadcast, the cast roasted Will’s punishment from the Academy, joking, “I think a real punishment would be to make Will Smith host next year’s Oscars because, trust me, nothing will make you question your choices in life more than hosting an awards show.”

Both Willow, 21, and Jaden appeared to put their dad’s scandal behind them while hanging out in the desert over the weekend. “Jaden had an amazing time at Coachella with his friends and his girlfriend Sab Zada,” the insider tells Us. “They’ve been together a while now and are such a great fit for each other.”

Kissing at Coachella! Couples Pack on the PDA

Throughout his career, Jaden has had several high-profile relationships, including a brief 2012 fling with pal Sofia Richie, who announced her engagement to Elliot Grainger on Wednesday, April 20, and a 2013 romance with longtime friend Kylie Jenner.

The “Cabin Fever” musician dated Sarah Snyder for nearly two years before calling it quits in early 2017. Jaden moved on with actress Odessa Adlon in spring 2018 but by April 2019 things had fizzled out.

That same month, the “Summertime in Paris” singer was spotted kissing a mystery woman while attending the Levi’s in the Desert Pool Party at the Sands Hotel & Spa in Indian Wells, California, over Coachella weekend.