Home » Lifestyle » Jada Pinkett Smith Puts a Positive Spin on Hair Loss: ‘I Can Only Laugh’

Making the most of it. Jada Pinkett Smith has been pretty candid about her struggle with hair loss. After making the decision to shave off all of her hair earlier this year, the 50-year-old actress revealed that her alopecia has progressed.

Kate Hudson Starts Off 2021 With a New Surprising Hair Color

The Red Table Talk host took to Instagram on Tuesday, December 28, to give her 10.9 million followers an update on her struggle — and the positive spin she’s putting on it.

“Now at this point, I can only laugh,” she said as she showed a bald line on the top of her head. “Y’all know I’ve been struggling with alopecia and just all of a sudden one day, look at this line right here. Look at that. It just showed up like that and this is going to be a little bit more difficult to hide, so I thought I’d just share it so y’all are not asking any questions.” 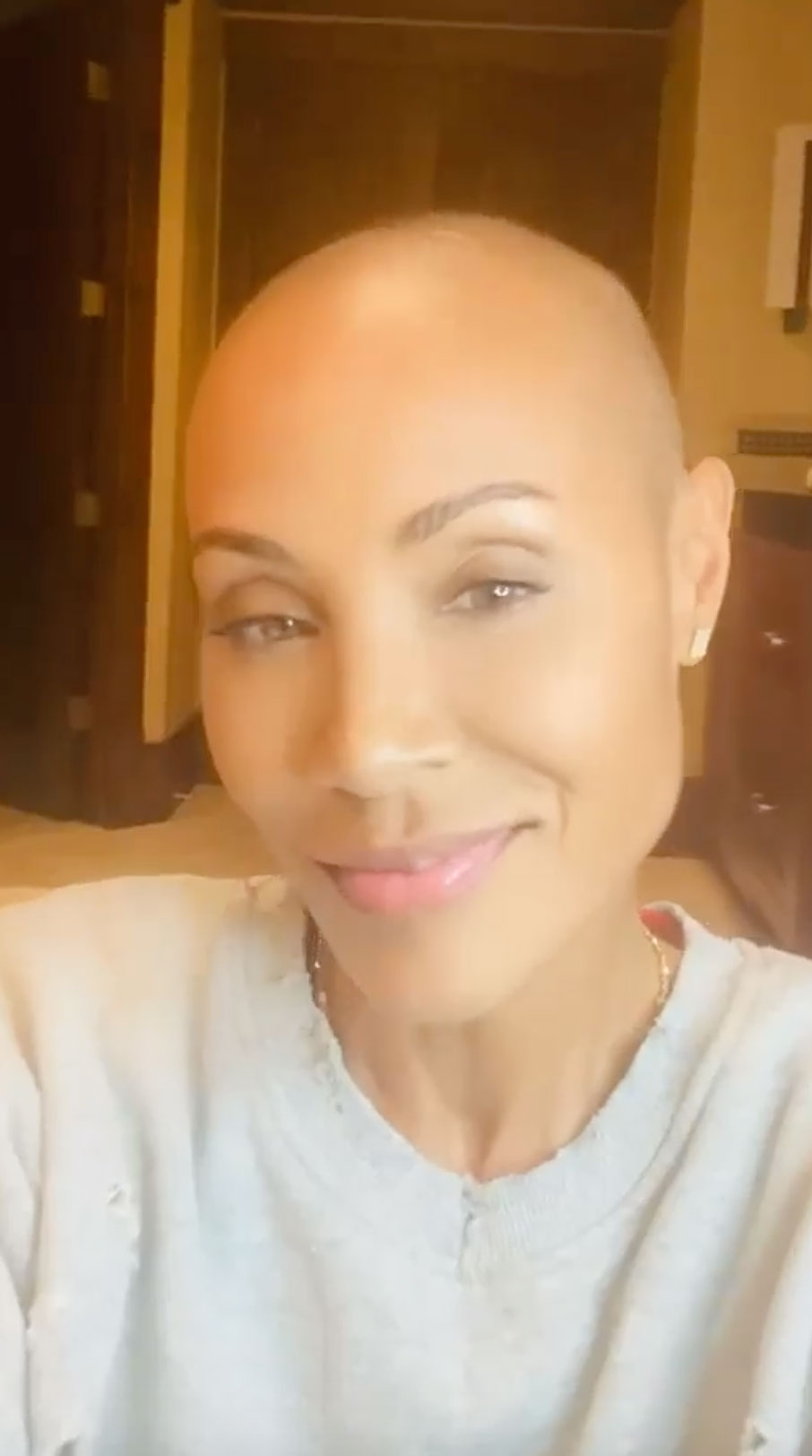 But fans may want to keep an eye out for some fabulous accessories at Smith’s next red carpet event. Because if this video makes anything clear, she’s all about embracing the change.

The star’s Instagram followers were all for her positive approach to hair loss. “Gorgeous as always … It’s your tiara spot,” a user wrote, while another added, “I like that!!”

Smith revealed that she shaved her head in July after a little convincing from her daughter. “Willow made me do it because it was time to let go BUT … my 50’s are bout to be Divinely lit with this shed,” she captioned a photo alongside the “Whip My Hair” singer.

The Matrix star first discussed her struggle with alopecia in 2018 on an episode of Red Table Talk after people started pointing out that she was wearing turbans.

What’s Next?! Look Back at Julianne Hough’s Many Hairstyles

Smith explained that she began to pull “handfuls of hair” out of her head, calling the experience “terrifying.” “My hair has been a big part of me. Taking care of my hair has been a beautiful ritual — and having the choice to have hair or not,” the Hey Humans founder revealed. “And then one day to be like, ‘Oh my god, I might not have that choice anymore.”