Home » Lifestyle » It’s time to go back to black! Fall in love with your dark side again

It’s time to go back to black! After years of floaty florals, fashion’s growing up — so fall in love with your dark side all over again

Rifling through my wardrobe this morning, a strange feeling crept over me: a longing for the simplicity of something chic and black.

It doesn’t sound like a stop-the-presses moment, I admit. But as an avowed maximalist dresser, chic and black items don’t tend to make appearances in my home. Usually, I live in clashing prints and lashings of leopard, generously sprinkled with enormous earrings.

I reach for colour and patterns because, when time is short, I find a tried and tested combination of the two is an easy way to signal personality. By contrast, pulling off black requires a bit more thought. 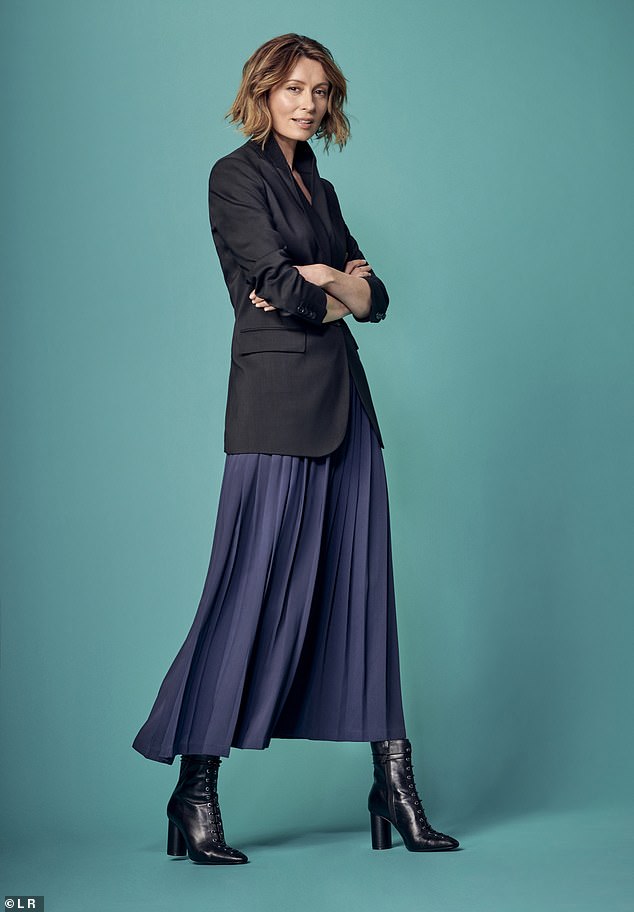 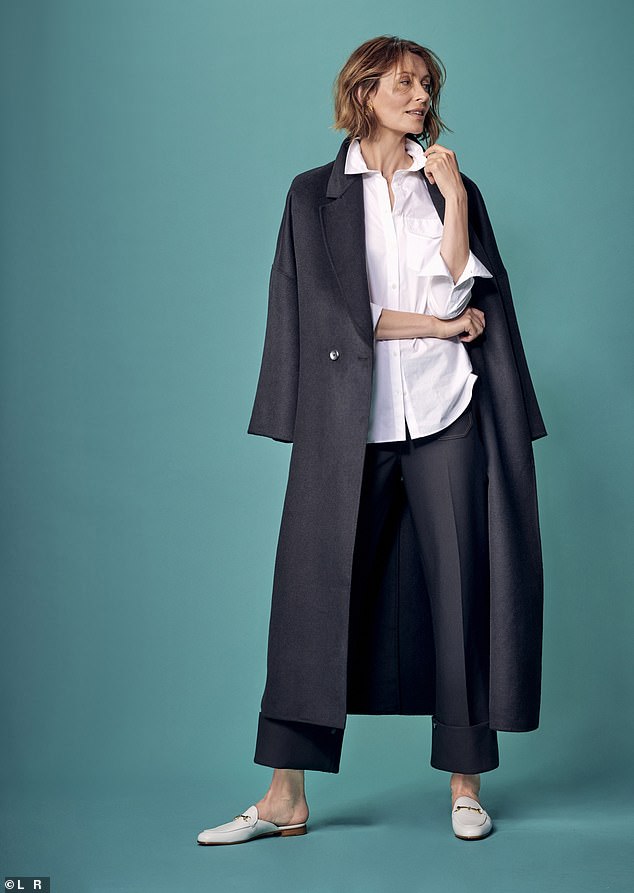 I’ve long secretly wished I could be more in touch with my inner Sophia Loren, and pull off Dolce & Gabbana-style Sicilian widow glamour. But all too often, black just looks like you don’t care.

A few months ago, I finally bought a fitted, black lace midi-dress from Self-Portrait. Wriggling very slowly into it for a friend’s 40th birthday party, I spent a full hour longer than usual trying out accessories.

First, I went for Mango black velvet mules and black beaded H&M earrings — but the effect was funereal, not darkly fabulous. I eventually settled on good old gold, by way of some Topshop block-heeled sandals and my favourite hoop earrings. I still felt a bit lacklustre, but the reaction at dinner was pleasantly surprising.

‘Jess, you look sophisticated!’ (the ‘for once’ didn’t need to be said out loud). Others commented that it was nice to see me in something a bit more dressy than usual. 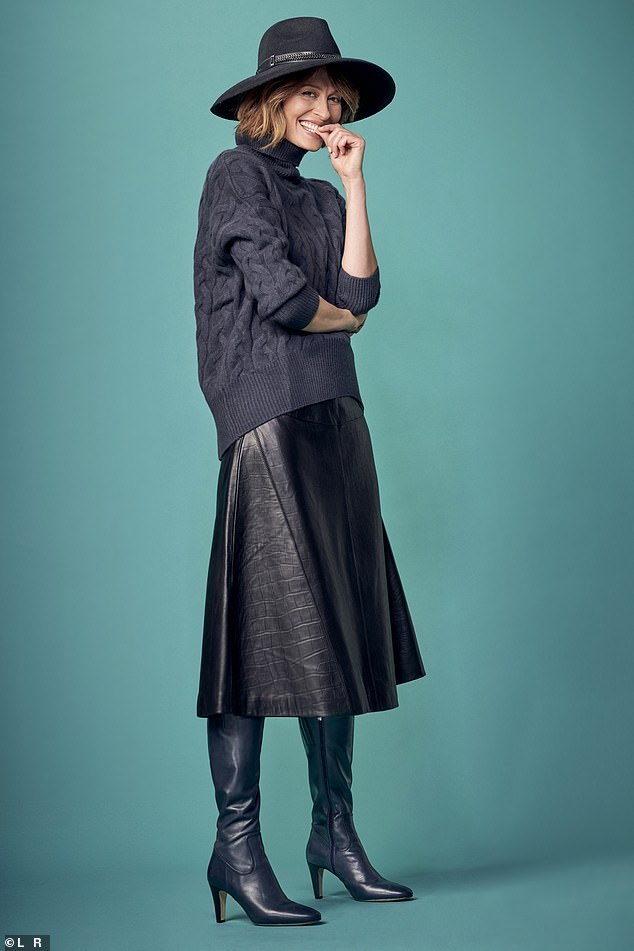 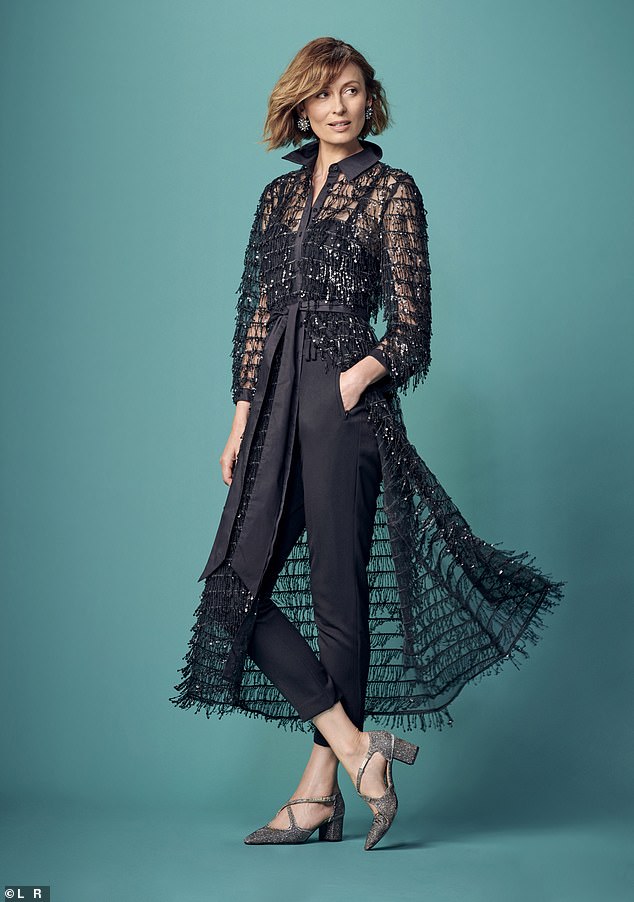 Former Vogue editor Alexandra Shulman is predicting a revival for black after years of ‘ditsy pastel florals and clashing prints’.

And, as with everything in fashion, once the pendulum has swung as far as it can go in one direction, it starts to swing back the opposite way.

That sell-out Zara dotty dress has been launched in black, and an off-the-shoulder M&S number worn by Meghan Markle has just returned by popular demand.

On the autumn/winter catwalks, there was a definite darkening of the sartorial mood. At Prada, designer Miuccia took Shelley’s Frankenstein as a starting point for a new take on gothic; wool coats and trouser suits, strapless dresses, even an exquisite cape with black lace falling from the shoulders. 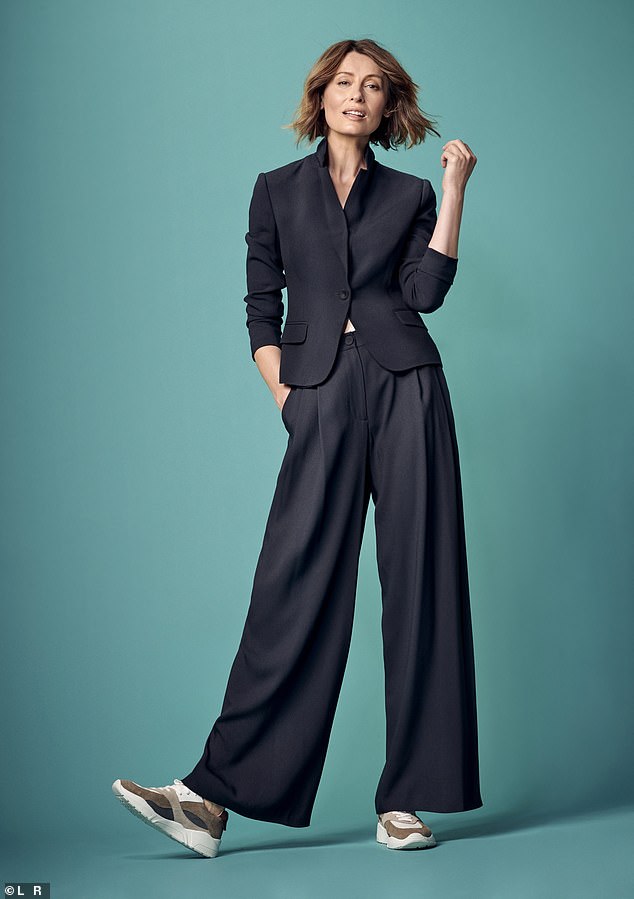 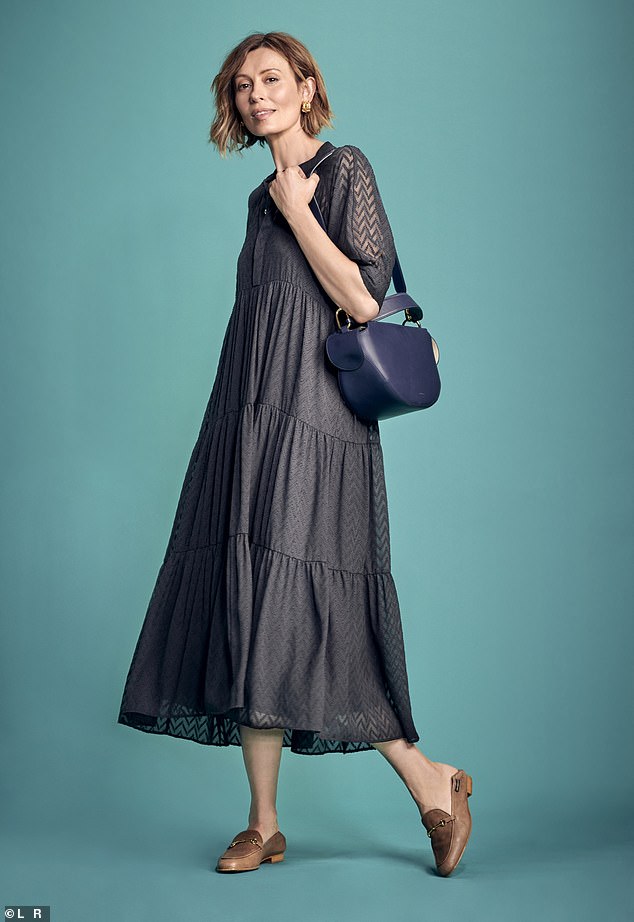 Alexander McQueen’s Sarah Burton also riffed on the dark romance theme. And acres of black leather were seen on nearly every runway from New York to Milan.

Of course, black never really went away. But what we’re talking about here isn’t black for wardrobe staples — this is celebrating the shade as the star of the melodrama. This season, black is the ultimate glamorous look. So, how to wear it without looking like a Victorian matriarch in mourning?

I have two rules. First, if in doubt, stick to wearing it on your bottom half with a white or coloured top. Second, look for texture and embellishment — an expanse of unadorned black will drain the life out of you faster than Dracula.

Another option is to cheat and pair it with navy. As I type, I’m wearing a black, Simone Rocha ruffled skirt with an inky silk M&S blouse. Later in the year I’ll try it with a navy poloneck and ankle boots, or a high-necked, black lace blouse and loafers. Crikey, perhaps I can work chic and black after all!

One final word: an over-the-top earring goes a long way towards lightening the tone. At least there’s one part of my look that I won’t be changing any time soon . . .