Home » Lifestyle » ‘It’s great to be living in death town’: comedians talk about life during lockdown

The pandemic has been no laughing matter for anyone. But for comedian Greg Fleet, a stand-up who suddenly had to sit down, the impact on the comedy scene has been brutal.

"Some venues will never reopen and some performers will probably never return to performing," he said from the St Kilda apartment that has been his lockdown home. 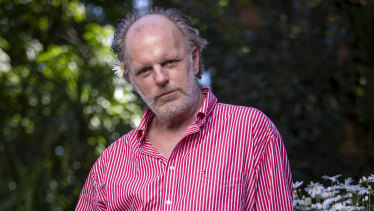 Comedian Greg Fleet features in one of the Voxdocs short films about life for performing artists during COVID-19.Credit:Wayne Taylor

"Certain people I've known who were really gun comedians and have taken a year off to write a book [or for another project in the past] were never quite the same when they came back.

"They were doing everything exactly the same but it wasn't working the same. What had happened was that comedy – or the arts – had evolved. And because everyone has been forced to not perform, I wonder how many people will not quite have it."

Fleet features in a witty short film directed by Ian Darling, The Comedian, which is part of an innovative project called Voxdocs to quickly create eight short documentaries about the state of the performing arts.

Darling, who has known Fleet since they went to boarding school together in the 1970s, saw how the pandemic had badly affected his friend.

"I observed Greg's frustration and disillusionment at not being able to perform during COVID, and his fears for the craft when and if venues open again," he said. "While artists were taking their craft online, for Greg, the art of stand-up comedy just doesn't work without an audience."

Fleet considers himself lucky to have had a play and a film to write during lockdown.

Another well-known comic, Lawrence Mooney, is grateful for his breakfast radio show on Sydney's Triple M. 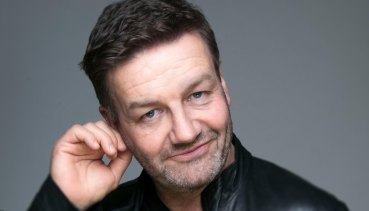 “If I was just a jobbing comic touring, I’d have no income”: Lawrence Mooney is grateful to be working in breakfast radio during the pandemic.

"My god, it's been a lifebuoy," he said. "If I was just a jobbing comic touring, I'd have no income. And I don't think I'd be able to get JobKeeper because I was working for myself."

As well as online gigs and Facebook sketches, comedians have been making podcasts, writing and sometimes trying to get jobs outside entertainment.

"But there are no jobs basically," Mooney said. "You can't just pop to the local cafe and say, 'do you need a waiter?' because they don't."

But he is upbeat about the comedy scene returning when restrictions ease.

"I think people will rush back to comedy," he said. "I imagine you're going to go through a bit of a roaring '20s thing: bathtub gin and piles of drugs and people rushing to entertainment.

"People will be so desperate that, once it goes, it will really explode. The big problem is so many people are going to be rusty because comedy is a muscle that you've got to flex constantly."

Having just started to breakthrough in stand-up comedy after two years, Judy Stutz has found herself missing an audience so much that she has considered setting up a PA system on her front lawn and heckling people in the street.

"It's been brutal," she said of losing six months of work when the pandemic struck. "There are people, especially newer people like myself, who are thinking, 'maybe this is it', 'what happens when we go back?', 'do I have to start at the beginning again?'"

Despite all the deaths, job losses and mental health struggles from COVID-19, will there be comedy from the pandemic? 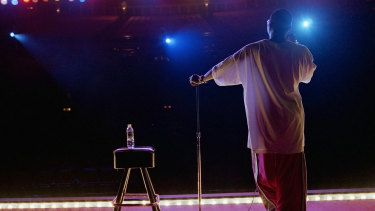 Fleet is worried about all the festival shows about wearing a mask but Stutz thinks there will be no shortage of comic material. She cites Kate Hanley Corley's songs about lockdown and loving Victoria's chief health officer Brett Sutton, as well as Fleet's line in a recent Zoom gig: "It's great to be living in death town".

For Mooney: "Out of crisis and tragedy, there's always comedy. And there's just been so much, starting with the great toilet paper riot of 2020.

"I can say that I never participated; I just watched on with great sadness. That's humanity at its base. Rice or pasta or meat I can understand but dunny paper?"

Voxdocs is a collaboration between Shark Island Institute, Documentary Australia Foundation, The Sydney Morning Herald and The Age. To watch the eight films, visit smh.com.au/voxdocs and theage.com.au/voxdocs.