Home » Lifestyle » ‘It was always a pipe dream’: Returning – or not – to the office

After two years of working from home – a situation many have likened to a grown-up Narnia, where the embrace of a pet magically replaced the frantic morning commute – people are now expected to return to their offices.

And psychologists like Rhonda Andrews are seeing the fallout. 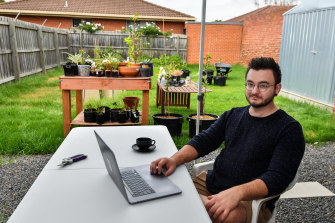 “They’re all dealing with the long-term unknown,” says Andrews, senior psychologist at Barrington Centre, in Melbourne, of the people she and her staff are guiding through the transition back into the office. Many are worried about contracting COVID. “We’re seeing people go into overdrive in rumination, and self-blame, and worry. And running down rabbit holes, ‘What if this happens? What if that happens?’”

It’s a natural flow-on effect from the relaxing of mask mandates and work from home orders in NSW and Victoria. But while staff members across the country are feeling hesitant about their return and grappling with all kinds of related fears and concerns many managers are desiring a return to business as usual.

Andrews has seen what happens when managers tell their staff they’re expecting them to return to work as though the pandemic never happened. “That’s false,” she says. “If you want people to mistrust you, [use] that line… It’s actually making people withdraw, and making them more frightened.”

So, how can we all return to our offices with the greatest comfort?

Ahead, we look at how we can best navigate three of the most common types of hesitancy.

The person who is scared of contracting COVID

“I feel really uncomfortable,” says Emma Roberts, an administrative worker in Melbourne, of her office’s directive that she return to the office three days a week, with two days working from home, from Tuesday onwards. “I feel like we’ve all made so many sacrifices and avoided doing things over the last three years to lower our risk and keep those around us who are vulnerable safe… And then you’re forced to be around people you don’t know are as safe as you,” says Roberts, the mother of young children.

“You’re always thinking about it,” says Humphrys, who has several underlying conditions which, she says, render her at risk of becoming seriously ill or dying if she were to contract COVID. “[The stress] is in constantly having to judge the risk and whether you will or won’t do something, especially if that something is quite nice, like seeing your colleagues at work. Your brain’s always on.” 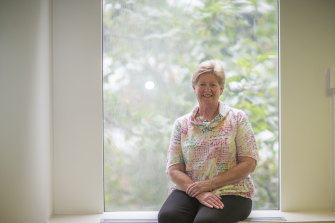 “There’s very few people who I’ve come across who’ve said, ‘I haven’t missed anything [about working in an office]’,” says psychologist Rhonda Andrews. “Just being on a virtual screen all the time is tiring.” Credit:Meredith O’Shea

“It’s really like a heightened anxiety, and a hypervigilance all the time,” says Andrews, of people who are worried about getting COVID when they return to the office. “They’re recalibrating and assessing everything around them. So they get really tired.”

Andrews recommends that people focus on the present. “Just take one day at a time, or, if they need to, one hour at a time,” she says. “And just decide one decision, and let everything else go. What’s that one decision that’s going to protect you? Because then it stops the noise… It just gives a breather and some downtime.”

Workers should ask their manager how their concerns about their safety are being addressed, says Andrews.

People who are stressed should consider what’s actually in their control, says Haydee Toltz, a registered psychologist at Communicorp, a Sydney-based organisation that helps businesses foster healthy environments. This includes: masking up and socially distancing. They can also ask their managers if they can return to work gradually; for instance, to work one day a week in the office the first week, two days a week the following week, and so forth.

And they might want to consider using “grounding techniques”, particularly in moments of high stress, like when taking public transport to work, if that’s a stressor, and they have no other alternative,” says Tolz.

“What happens there is you’re not thinking about the future, and not worrying about the past,” says Tolz. “That can calm you down.”

As for managers? They can help create “pockets of certainty” for their staff by proactively discussing their COVID-safe office plan, and what the organisation is doing to keep staff safe.

“Even small things, like letting people know what the office plan is actually going to look like so they can start to visualise it, that can reduce the anxiety,” says Tolz, adding that managers should “encourage people to talk about what they are worried about”.

James Norman, a senior web engineer in Melbourne, is clear about what he would do if he had to give up working from home.

“Absolutely not,” says Norman, 27. “I wouldn’t even consider a job that required full-time contact hours,” says Norman, who, for the last 18 months, has enjoyed gardening, getting into carpentry and spending time with his two cats in his Melbourne home while working for Beamible. The company, which operates fully remotely, provides strategies for companies to structure their workplaces.

“It was always a pipe dream,” he says of working full-time from home. “I didn’t think it was something that would become normal.”

He’s one of the fortunate ones, though.

“Based on the previous directive that we got earlier in the year, which was a little bit forceful, I’m a little bit concerned that we might not be able to negotiate a suitable outcome,” says Adrian Wortley, an operations manager in Melbourne, about what his return-to-the-office life will look like. His ideal would be to return to the office at a maximum of one day a week. His company had, earlier this year, directed staff to return to the office four days a week. This would mean sacrificing his ability to slot in home chores in between work calls, and give up the 11 hours a week he reckons he’s saved by skipping commuting.

“It’s been a huge benefit for myself and those living with me,” says Wortley. “It means we’re no longer doing those kinds of chores out of hours or on the weekend; it basically leaves our weekends and evenings free for whatever we’re doing.”

“I’d want them to spend a bit of time thinking about what did they miss working in the office, so they can start to think positively [about it],” says Tolz, of staff who are hesitant to give up the perks of working from home. “People are losing their autonomy over their time” – by going into the office – “but actually we’ve forgotten sometimes there’s a real efficiency around working together [in the office] because of all those sidebar conversations.”

The person who is willing to go to the office, but only part-time

Franky Hie, an accounts payable manager from Parramatta, in Sydney’s west, is already feeling stressed about his staff members returning to work.

“They told me they wanted to work from home full-time,” he says. And, while they’ve agreed to come back to the office part-time, he’s nervous they won’t agree to work the same days in the office. Either that, or they will return part-time only reluctantly.

It’s a concern that Tolz has heard, anecdotally, from other businesses.

“But generally speaking, when people are satisfied, they are more productive,” she says, referring to the reality that a “hybrid” work week is likely to be appealing to many staff members. “So it’s got to be both ways. Meet half way.”

Also, she adds, for both staff members and managers: “If things don’t go as smoothly as you’d hoped at first, that’s OK, it’s only for now. Keep recalibrating and assessing what is working and what isn’t working.”

As for those staff members who are craving greater flexibility than their bosses are offering – for instance, the ability to change which days they come in, each week?

They should recognise, says Andrews, that “predictability” – regular days in the office – is the key to work happiness, now, not just for managers, but for staff, too.

“Otherwise, all we’re doing is perpetuating what we have all experienced which has been unhealthy, and that is having so much unknown and feeling out of control,” she says. “It becomes a nightmare for rostering, and a nightmare for the business. And all we’re doing is setting up a chaotic work environment. We do know right here right now, what we’re all craving is some degree of routine, some degree of structure, some predictability, and just a sense of control back in their lives.”

Thinking about what the other members of your team need is also a good opportunity, adds Andrews, for people to move away from the “inward focused” mentality many of us have cultivated during the pandemic, and towards a more communal one – which comes with its own psychological benefits.

Looking inward, to our own needs, says Andrews, has been a “protective mechanism”. “Because we’ve just been bombarded with so much stuff out there,” she says. “Now it’s saying, ‘OK, I can actually connect and be with others.’ It takes us out of our self bubble. We get connection.”

And this connection has the ability to reduce whatever anxieties we may be feeling, says Andrews. Because, she says, when we have heightened anxiety about a perceived risk, and we haven’t actually experienced it, we often experience a “distortion”. “We think, ‘Oh my god, that’s going to be really difficult’. Once people talk to others [about it], we actually reduce that worry.”

Make the most of your health, relationships, fitness and nutrition with our Live Well newsletter. Get it in your inbox every Monday.