Home » Lifestyle » ‘It makes you stronger’: Exercise the best treatment for back pain, not drugs or bed rest

People experiencing lower back pain should stay active and address psychological barriers to their recovery, according to new guidelines that dismiss painkillers and bed rest as inadequate and outdated remedies.

In a significant diversion from previous practice, the clinical guidelines for treating lower back pain call for a focus on movement as therapy, following similar changes in other areas of medicine: limited physical activity is increasingly recommended for people undergoing chemotherapy and after surgery. 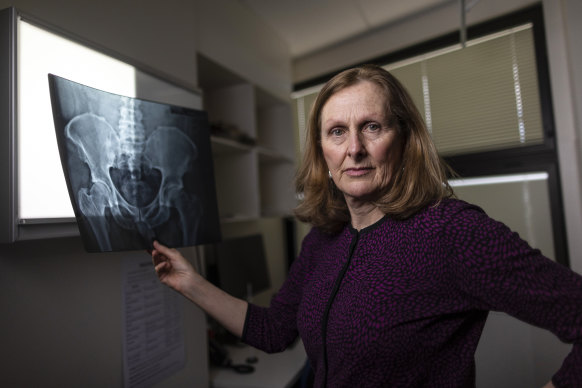 “We are recognising that activity is really important … it helps you stay strong and that is going to speed up your recovery,” said Associate Professor Liz Marles, clinical director at the Australian Commission on Safety and Quality in Health Care, which developed the Low Back Pain Clinical Care Standard.

In 2021, the Royal Australian College of General Practitioners’ Health of the Nation report found musculoskeletal concerns were the second-most common reason a person visited a GP, after psychological concerns.

The new advice, which is released on Thursday, first recommends people meet with a doctor to develop a plan to self-manage their pain through movement and psychological exercises to relieve stress. Next, physiotherapy is recommended, with drug therapy only endorsed as a third-line response.

It comes amid concern about over-reliance on opioid medication to relieve symptoms and the rapid increase in the use of CT scans, which the creators of the new standard say can lead to unnecessary concern and diagnosis.

“For the majority of people with back pain, what you see on a scan is not predictive of their pain,” said Professor Peter O’Sullivan, a musculoskeletal physiotherapist.

“People get given this diagnostic label, and then they are frightened, so they stop working and moving, and none of that helps their pain.”

A University of Sydney study examining data from NSW public emergency departments found the number of people admitted for lower back pain rose between 2016 and 2019, with more than 176,000 presentations and 44,500 admissions.

Another study by the same researchers across three large Australian emergency departments from 2016 to 2018 found 70 per cent of people presenting to hospital with lower back pain were prescribed opioids.

‘I thought: what am I going to do when I get old? I couldn’t keep going on with the amount of opioids I was on.’

One of the authors of the research, Professor Chris Maher, this year received a $2.8 million federal government Medical Research Future Fund grant to pilot a model of care that better integrates physiotherapy services in emergency departments. The pilot will be run at Sydney’s Canterbury Hospital later this year, with plans to do a larger trial across seven other hospitals.

“People are being admitted to hospital at rates more than is required,” he said, expressing concern about the prescription of opioids in a hospital setting, noting standard painkillers purchased from a supermarket were usually just as effective.

Mary-Lynne Cochrane, a 66-year-old Good Samaritan nun who is chair of Pain Australia’s consumer advisory group, has been dealing with debilitating lower back pain for four decades.

After undergoing three surgeries and being prescribed opioids, two decades ago she realised she needed to try something different. “I thought: what am I going to do when I get old? I couldn’t keep going on with the amount of opioids I was on,” she said.

With the help of a physiotherapist who specialised in holistic therapy, she worked on self-managing her pain through movement. Within two years, she achieved her goal of climbing the Sydney Harbour Bridge.

While then a radical approach to managing pain, Cochrane is pleased this will now become the standard. “The thinking is so important now, when it comes to working with your back pain. It is great to see so many people have come together to make this happen,” she said.

Most Viewed in National