Is this Britain’s loneliest singleton? Man with Asperger’s, 29, has spent 14 YEARS struggling to get a date – and worries being unemployed due to his condition puts women off

An Asperger’s sufferer has spoken of his heartbreak at being the ‘loneliest man in Britain’ – having spent almost 15 years trying to get a date.

Damian Littlefair, from Darlington, is still a virgin and has tried Tinder, Plenty of Fish, Match.com and Badoo, but has still been rejected by every woman he’s ever messaged.

He says that because he is honest about his condition online, people are too quick to turn him down rather than getting to know him.

Now the 29-year-old is desperate to get a date to celebrate his 30th birthday in two weeks’ time. 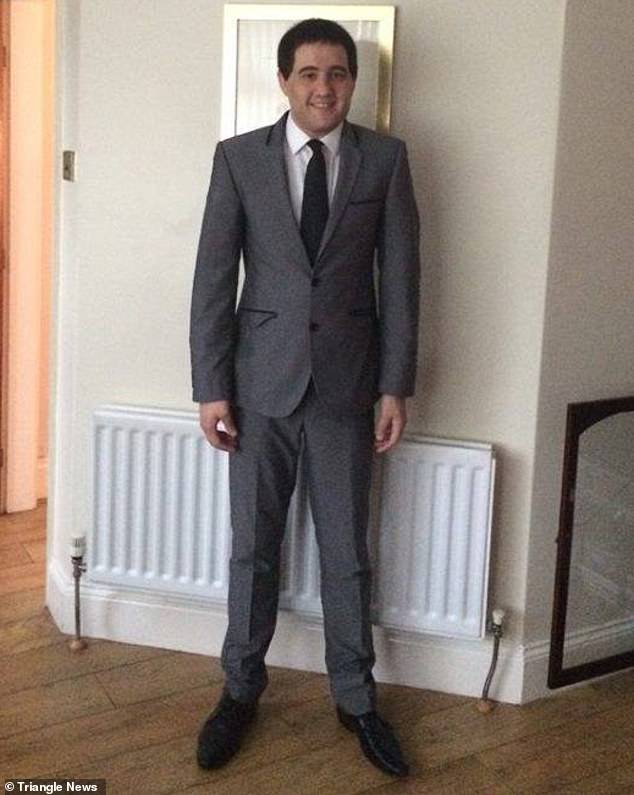 Damian Littlefair, from Darlington, says he is the loneliest man in Britain after failing to get a date in nearly 15 years

He said: ‘I feel like I’m missing out on the whole world. I feel like things are moving forward for other people and not for me.

‘People I’ve known are all settled down with partners. All my family have someone. I feel left out.’

Damian first started putting up his profile on dating sites aged 16, but said he often finds communication difficult, so struggles to get women interested.

Initially he didn’t say on his profile that he had Asperger’s, but then decided to be honest about it.

After that she said no-one was interested and women often just block him when he messages them. 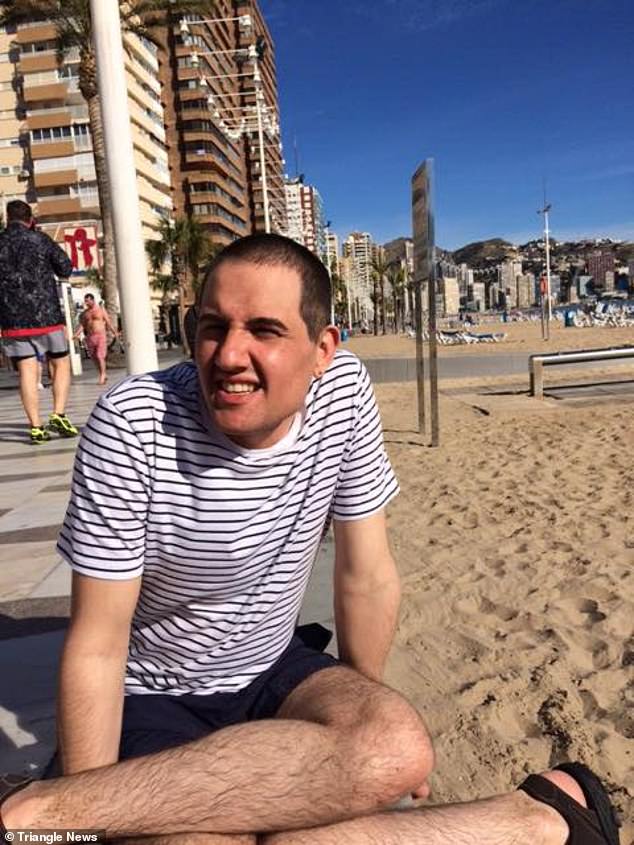 Damian is still a virgin and has tried Tinder, Plenty of Fish, Match.com and Badoo, but has still been rejected by every woman he’s ever messaged

‘I didn’t really have many replies,’ he said. ‘I got either abuse back or got blocked.

‘I put on my profile that I have Asperger’s. I thought I’d be more honest and open up a bit more but it didn’t help. I think generally it’s that which puts people off.’

He says meeting people in real life is tough as conversation is not always the easiest.

However he finds online encounters equally difficult as Asperger’s makes it hard for him to communicate. 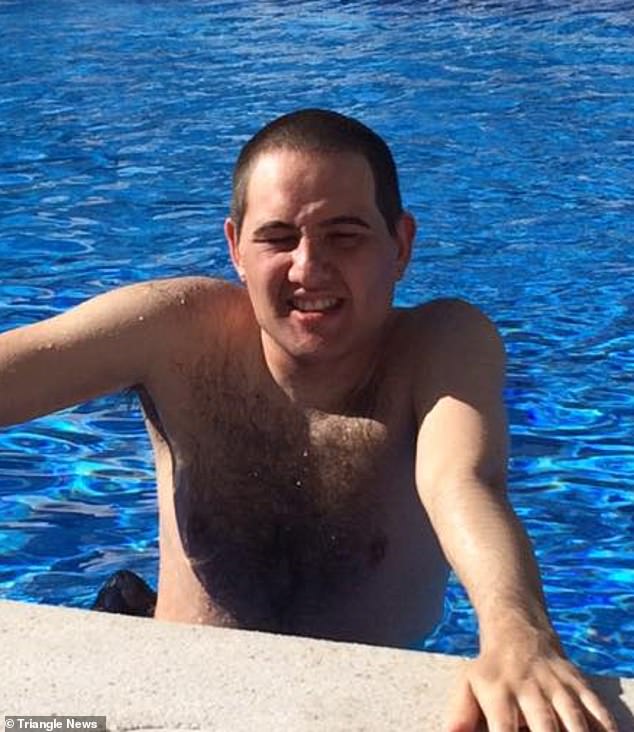 ‘It takes me a while for things to sink in and for me to understand things and I do sometimes get a bit confused and easily upset,’ he said.

‘It makes dating a lot harder for me. I want someone to get to know me. I find it hard to get to know someone because I don’t know if they’re judging me for me or for my disability.

‘I can sometimes say things that get misinterpreted. I’m quite honest. I find it hard to lie.’

He tried a local group for those with disabilities but said members were a lot more disabled than him and the fact he is high-functioning makes it hard to find ‘someone on his level’. 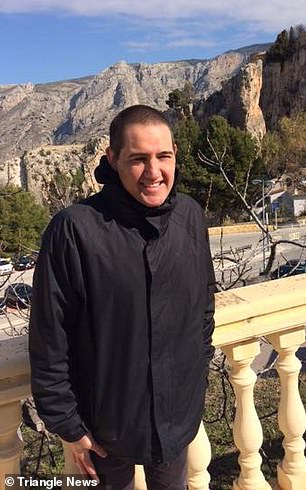 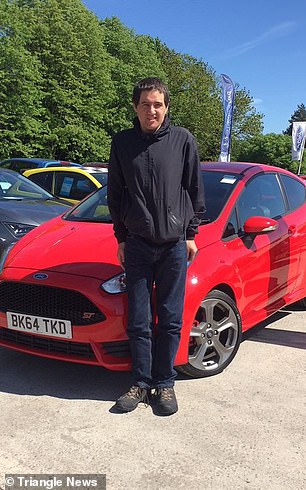 Believing it was best to be honest, Damian said he has Asperger’s on his online dating profile – but he claims it puts women off

Damian loves Formula One, cars, bikes, playing on his Xbox and going to the cinema.

Asked what he wants from a partner, Damian said: ‘Someone I can be myself with and someone that can accept me for me and not the badge I hold.

‘Someone I can have a long term relationship with. I’m open to dating anyone, it doesn’t need to be someone with Asperger’s.

‘I’m attracted to women who are feminine, girly types. I like long hair and a slim build.’

He said of his perfect date: ‘I’ve never been on a date at all. I’d love a meal at the pub or a walk in the park to get to know each other. 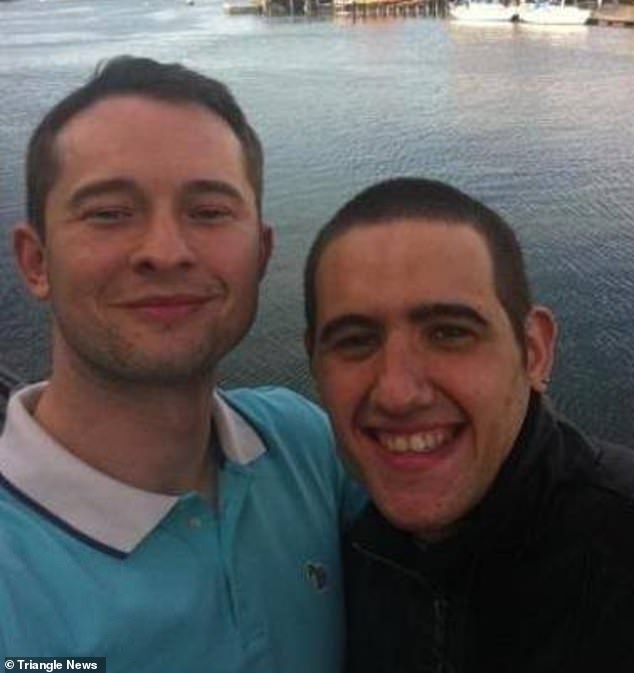 Asked what he wants from a partner, Damian (pictured with a friend) said: ‘Someone I can be myself with and someone that can accept me for me and not the badge I hold’ 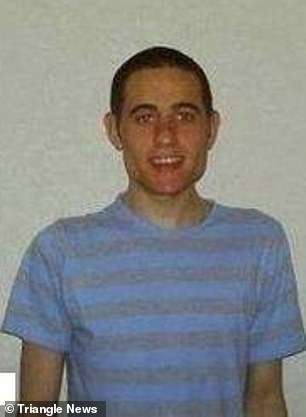 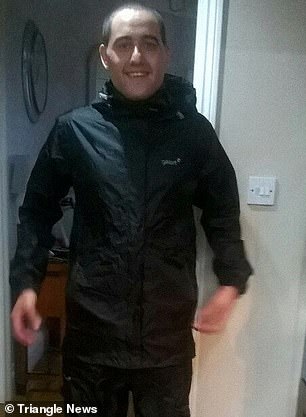 Damian loves Formula One, cars, bikes, playing on his Xbox and going to the cinema, and has applied for Channel 4’s The Undateables

Damian is not sure if he wants to be a dad but would like to get married. His brother and elder sister both have kids.

He is also unemployed, which he feels may put women off. Damian had a paper round between the ages of 14 and 21, but despite applying for hundreds of jobs he said his condition means people simply don’t want to know.

What is Asperger syndrome?

Asperger syndrome (AS), also known as Asperger’s, is a developmental disorder that makes social interaction and non verbal communication difficult for those diagnosed.

Although not required for diagnosis, physical clumsiness and unusual use of language are common.

He lives on benefits – his monthly Personal Independence Payments (PIP) and Employment and Support Allowance (ESA).

Damian has a two-bedroom flat and said that, ironically, makes him feel even lonelier.

‘I live on my own, however I always thought when I did get a place on my own it would be with someone special,’ he explained.

‘I had it in my head that when you do get a place of your own you find someone you love and you have it together. I want to share my life with someone and it’s a bit lonely.’

He went on: ‘I’m unemployed due to disability. It’s so hard to get a job with Asperger’s. I’ve had more interviews than I can remember. I keep getting turned down.’

Damian has applied for the Undateables and is desperate to get on the Channel 4 show.

He added that having Asperger’s does have some benefits. ‘The longer it takes me to achieve something the more appreciative I am of the end result,’ he said.

‘I like to do things to the best of my ability. And I can remember things better than other people.’

But he says his mum Susan, 60, is worried about him not dating anyone.