Iggy Azalea aired her co-parenting drama with Playboi Carti, but a source EXCLUSIVELY tells HollywoodLife that the rapper would still ‘love’ for her ex to be ‘more present’ in their nine-month-old son’s ‘life.’

Iggy Azalea, 30, may be upset with Playboi Carti, 24, but that doesn’t mean she wants their co-parenting relationship to end. “Iggy considers herself a very single but proud mom and she’s OK with managing it all, however, she’d love Playboi to be more present in [their son] Onyx‘s life,” a source close to the “Kream” rapper EXCLUSIVELY tells HollywoodLife, after Iggy sounded off on her ex for allegedly missing both Onyx’s first Christmas and birth in a series of tweets that have since been deleted. 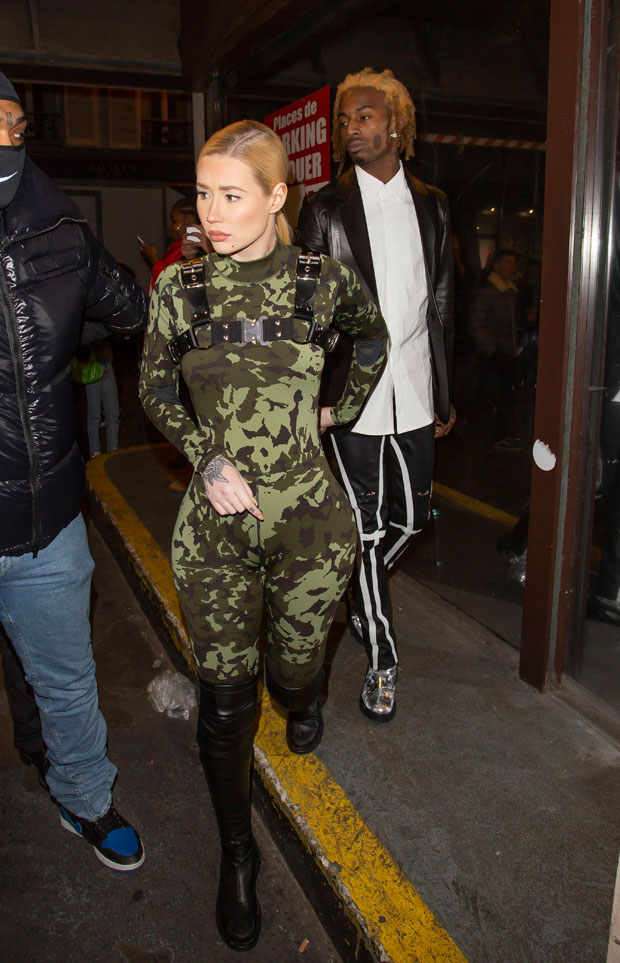 “Iggy took to Twitter the other day because she she’s never going to hold her feelings back,” our source further explains. “She was upset and she let it out. She does everything for her son and will continue to do so.” Iggy proceeded to have a happy Christmas with her baby boy, whom she welcomed in March of 2020, although Carti did eventually reunite with their baby boy. The “Magnolia” rapper (real name Jordan Terrell Carter) shared a video of his cute piano playing session with Onyx on Dec. 27, two days after Iggy’s initial rant on social media.

Even when it’s not the holiday season, Iggy “has Onyx most of the time by herself and Playboi sees Onyx, but not that consistently,” our source claims. With that said, “Playboi knows the door is always open and will continue to be from Iggy‘s perspective,” our source adds, referring to the general future. “Iggy is so cute with Onyx and always taking him to do things and playing with him. You can see they’re very bonded.”

Iggy also revealed that she had talked out the drama with Carti. “I’ve spoken to my bd and as fucked up as this sh-t’s been… it was for the best because now sh-ts aired out & gonna change for the better w my son. That’s all I wanted,” the Australian music artist revealed in a tweet on Dec. 27. In a follow-up tweet, she also wrote, “I hate to see the bad part of me have to come out at times because I’m really just a baby angel.”

Iggy was first romantically linked to Carti in 2018, and revealed that she had given birth to a boy in July of 2020 (however, when Iggy posted Onyx’s birth certificate on Christmas, she revealed he had actually been born nine months ago). By October, Iggy suggested that she had broken up with Carti by writing on her Instagram Story “You lost a real 1” and then later adding, “What I mean last night was that I’m raising my son alone & I’m not in a relationship.” A few days later, Iggy clarified that Carti was still a “part” of Onyx’s “life” in another Instagram Story post.