Home » Lifestyle » I was an author who believed in true love. Then I was date raped…

‘I was a top chick lit author who believed in true love. Then I was date raped’: Zoe May reveals how writing a thriller about a sexual assault survivor helped her cope with her own ordeal

My professional life had the gloss of a feel-good Netflix series. A successful author in my early 30s, my speciality, a childhood dream come true, was romantic fiction — frothy page-turners that became hits.

All my heroines were in control of their destiny, worked in lovely jobs and led sparkling lives in idyllic English villages, before meeting fabulous men with whom they could live happily ever after.

But then I was raped while on a date in 2018. My attack triggered a traumatic chain of events, and led me to abandon my chick lit bestsellers to begin work on a thriller about a sexual assault survivor.

I felt compelled to use my experience in print. It was my way of coming to terms with what happened to me when friends, and even the justice system, could not help. 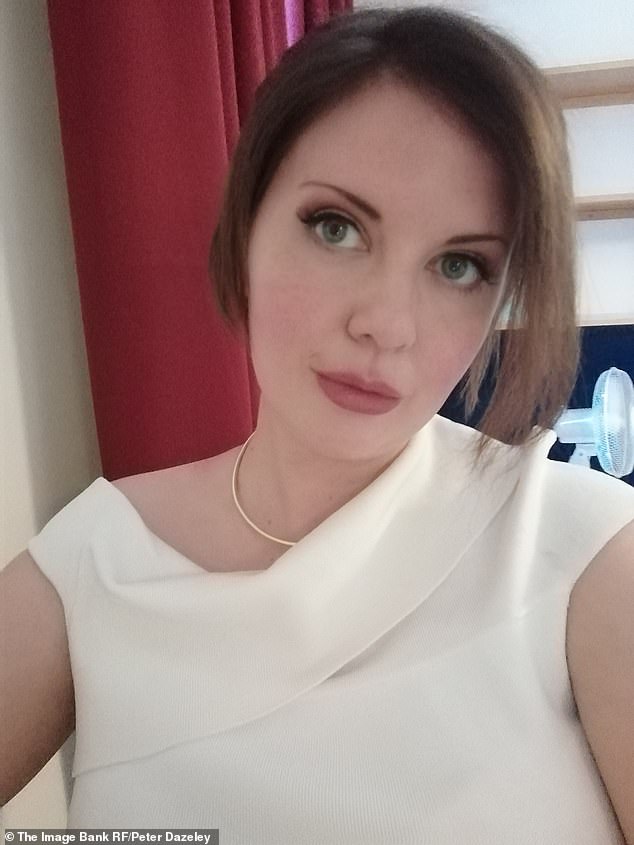 Zoe May (pictured), who was raped while on a date, reveals how the attack led her to abandon her chick lit bestsellers to work on a thriller about a sexual assault survivor

And while I’ll always believe in happy endings, I’ve also learnt how important it is to recognise when things are wrong — and try to change them.

Before the night I was raped, my love life was still far from the happy world I was writing about. I had been single for years. I’d had a couple of relationships from dating apps, but they hadn’t been great.

One guy came on strong and lost interest just as fast. Another wanted a ‘friends with benefits’ arrangement while I had developed feelings for him. Months later, we were chatting and it became obvious he still didn’t even know my surname. I was nothing to him. Devastated, I walked away.

But then, during winter 2018, I met someone online. He was good-looking and my type. There was a lot of back and forth. One of my books was out and he sweetly read it.

We’d been chatting for two weeks when we agreed to meet. I suggested a pub near me. I didn’t tell anyone where I was going, as I’ve always assumed I can take care of myself.

When we met I wasn’t disappointed — he was gorgeous. We talked about our jobs and how he wanted to change career. He mentioned he wanted to go vegan, like me. All of my defences were down, of course they were. He seemed perfect.

He’d bought the first round and I had my usual glass of red wine. I ordered a second, then went to the loo.

I suspect it was then that he put something in my drink. When I returned and sipped my wine, I began to feel drunk and strange. 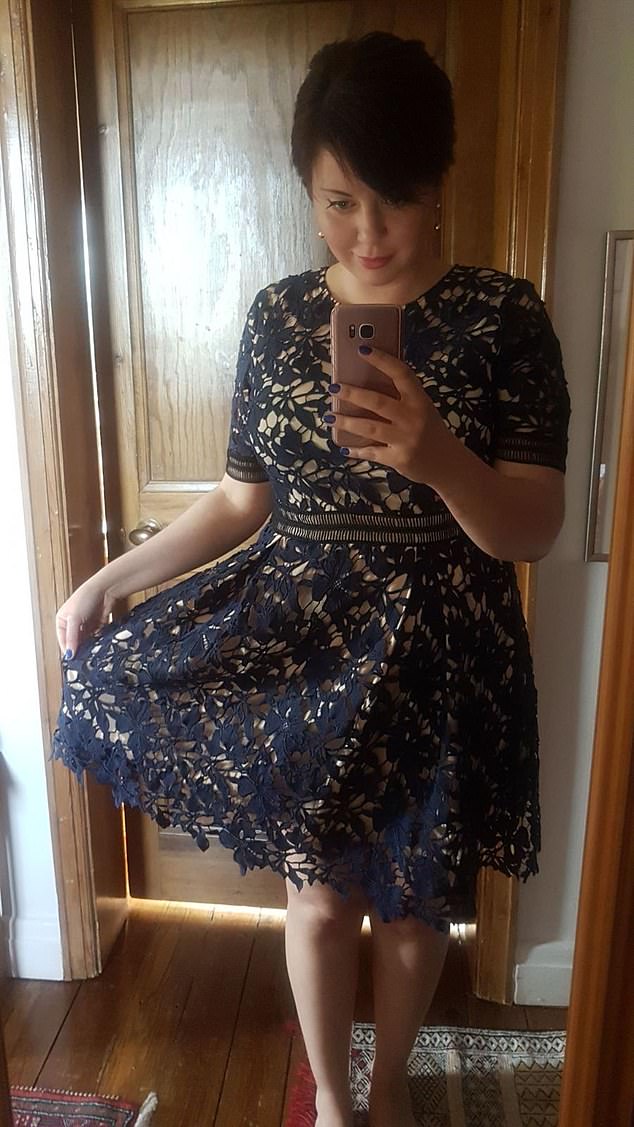 Zoe (pictured) suspects that her date put something in her drink while she was in the bathroom, as she would never be out of control after two glasses of wine

Was it because I hadn’t eaten? I don’t think so. I know my tolerance for alcohol and while I’m not a heavy drinker, I would never be out of control after two glasses of wine. Even so, I felt disoriented.

My date saw I was ‘unwell’ and suggested he call a taxi. He offered to escort me. I agreed as I assumed he was just trying to help. When we got to the taxi, I couldn’t stand properly.

When we reached my home he got out, put an arm around me and swiftly handed the driver two notes. As I watched him, I had a moment of clarity when I told myself, ‘He’s done this before.’

He walked inside with me, and after he’d closed the door things became blurry. I don’t remember anything after that, but when I woke the next morning, I had the overwhelming sensation that something awful had happened.

My clothes were on the floor, and as I took in the sensations I felt in my body, it was obvious I’d had sex. Lying beside me, he said he had to go and disappeared before I’d properly woken up, leaving me alone and confused.

As I lay there, flashes of the night before came back. The moment when he’d pulled off my top, a fleeting second of us naked in bed together, then him on top of me. But it was hazy and there were a lot of blanks. I felt uneasy. 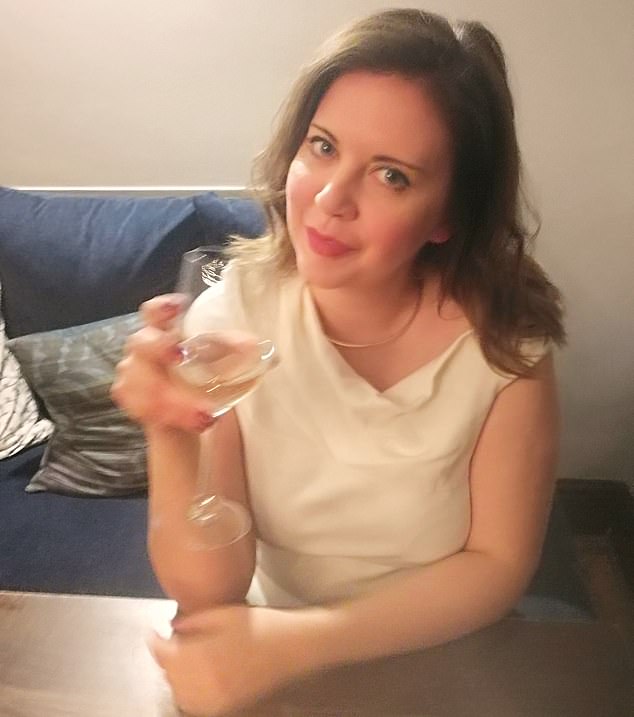 Zoe (pictured) racked her brain for memories, while knowing they had sex but she felt like she hadn’t consciously been part of it

What happened? What else did we do? I racked my brain but the memories wouldn’t shake loose. I knew we’d had sex but it felt like I hadn’t consciously been part of it. The thought hit me: there was no way I was able to consent — this was rape.

Still in bed and in an absolute panic, I texted a male friend explaining what had happened. The reply was dismissive: ‘You’ve done what thousands of other women have done. Gone out, got drunk and had sex.’

While I now see this as a bleak misogynistic reaction, at the time he confirmed it was my fault. So I buried my feelings because, in all honesty, I felt ashamed.

My date sent me a text that day, asking if I was OK, with a nervous emoji. I stupidly replied that I was fine.

That response meant no one, and certainly not the police, would ever believe what I’m convinced happened.

I never heard from him again. 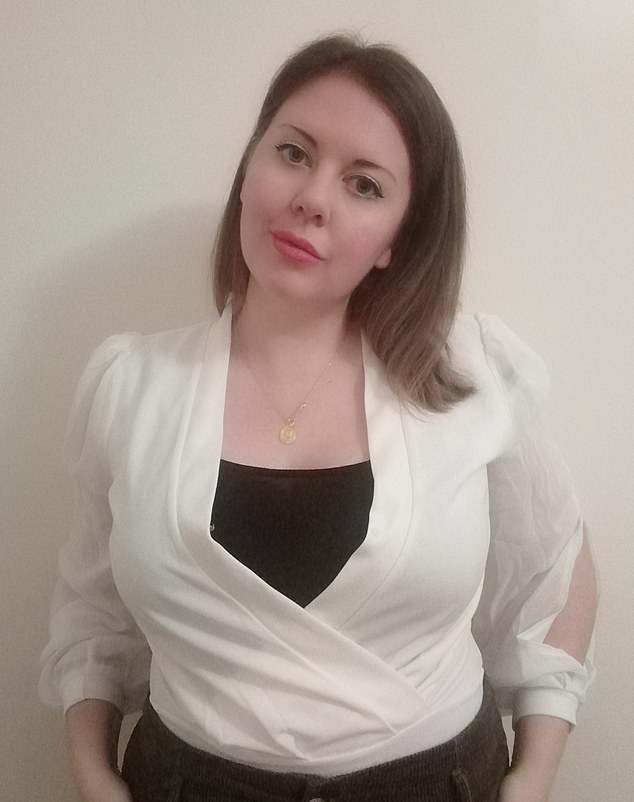 My feelings were tortured about that night. I’m not someone who has one-night stands, but was it possible I’d had consensual sex with him?

Hopelessly confused, I asked myself if maybe the situation wasn’t that bad — perhaps I was overreacting.

Gradually, I became more upset and those feelings turned into anger. I couldn’t stop wondering, what did he put in my drink? How had I got so ‘drunk’?

Then I came across a YouTube video of a woman describing how her date had spiked her drink with rohypnol, also known as the date-rape drug. As I listened to her encounter, she could have been talking about my experience.

I started digging online and was horrified to discover just how easy it is to buy the class C drug. There are thousands of sites promoting its use to take advantage of women — it leaves your system so quickly it’s nigh on impossible to prove it was ever there.

This is why I’m making a private and upsetting experience public. I want other women using apps and meeting strangers to be aware of how easily this can happen — and to know they can and should speak out against it. 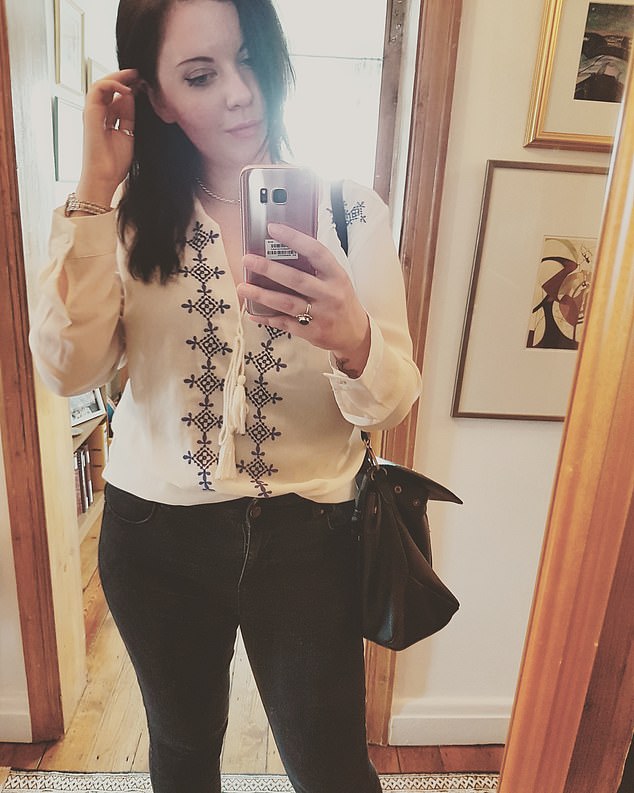 My reasoning is the more silent I am, the more complicit I am. Saying nothing would only serve to perpetuate and normalise this behaviour.

I was still working on romcoms in the months after the incident, but I felt a bit of a hypocrite writing about nice guys. Not that they don’t exist. But there was another story inside me and I wanted to tell it. There was a lot of anger in me.

Instead of therapy, writing about a character who is a sexual assault survivor has helped me mentally file away the experience. It took me to a dark place — but ultimately it was cathartic.

Now I’m a lot more vigilant about who I meet. I’d rather forge a genuine connection in real life than a virtual one with a stranger when his intentions are unclear.

Recently I was running late for a date. The guy I was meeting asked if I wanted him to get me a drink. Absolutely not.

But I know you can find a nice guy — after all, I write about them.

Not all men are threatening, but it’s important to be aware.