Home » Lifestyle » I visited 'the most photographed barn in America,' a dilapidated wood barn beloved by Instagrammers, influencers, and tourists. I didn't see what the hype was all about.

On a dirt road in Grand Teton National Park in Wyoming, there is a very famous barn. It’s been called the most photographed barn in America.

When you do a Google Image search of “Jackson Hole,”you’ll see the barn. If you scroll through the Instagram geotag”Mormon Row Historic District,” where the barn is located, you’ll find thousands of posts featuring the barn, as well asanother nearby barn that might be the second most-photographed barn in the country. And if you search “barn jackson hole” on Flickr, you’ll see countless photos of the barn in all four seasons, at sunrise and sunset, in all different types of weather.

“My assumption is that while there are perhaps many picturesque barns, there is only one that is in Grand Teton National Park,” Jesse Ryan, alocal business owner and photographer, told Business Insider. “By virtue of its orientation to the landscape, Teton range, and trajectory of the sun, it makes for consistently beautiful imagery … While there are plenty of pretty barns, this one happens to be quite easy to take exceptional images of.”

Some people pose for influencer-like photos in front of the barn.

On a recent trip to Jackson Hole, I drove to get a look at the barn to see what the big deal was. Here’s what it was like.

A dilapidated barn in Jackson Hole, Wyoming, has been called the most photographed barn in America. 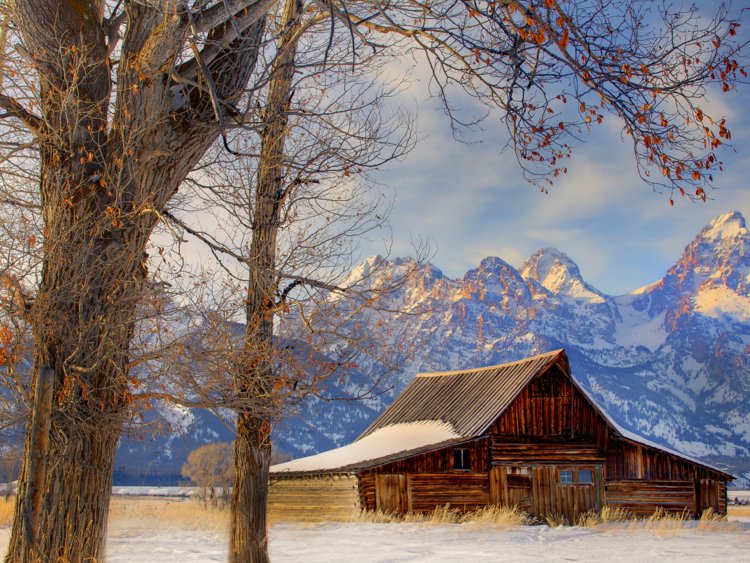 With the impressive Teton mountain range in the background, the barn has become “a striking visual of the Wild West,” according to Atlas Obscura.

Photographers come from all over the world to capture the barn, which has become ubiquitous on Instagram. 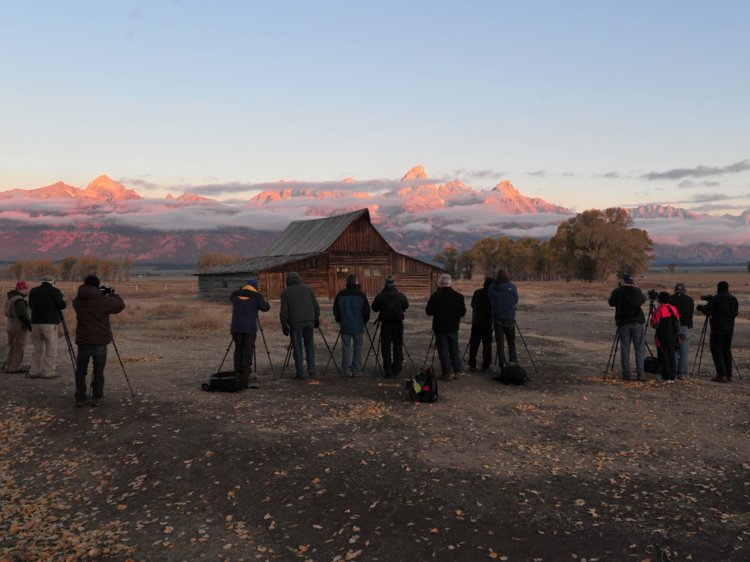 As the Teton mountain range is to the west of the barn, the best time to capture it is in the morning light.

On a recent trip to Jackson Hole, I decided to drive out to the barn to see for myself what the hype was all about. 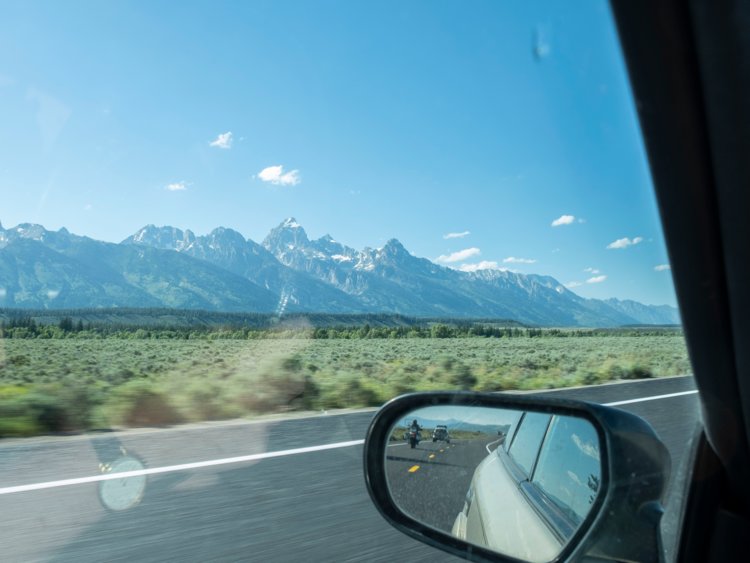 The barn is located in Grand Teton National Park, about a 25-minute drive from the town of Jackson.

Just past the town of Moose, I turned off the highway and about five minutes later turned again onto a dirt road. 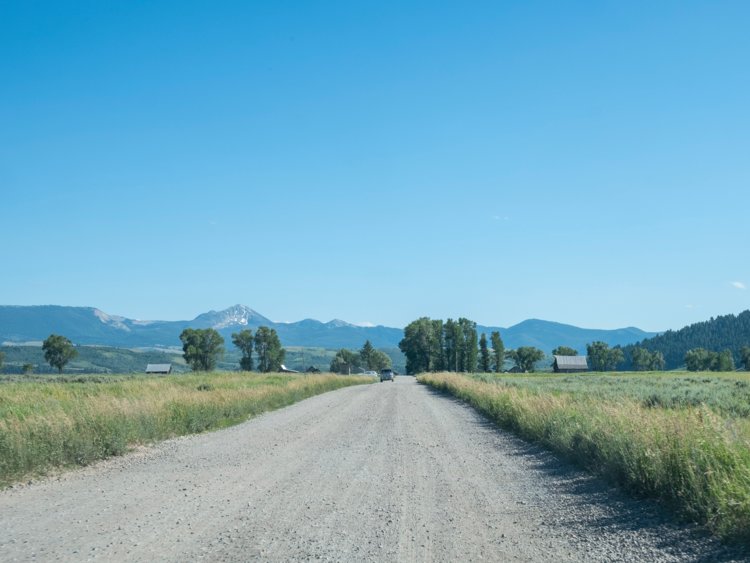 The dirt road leads to the Mormon Row Historic District, which wassettled in 1908 by the Andy Chambers, John Moulton, and T. A. Moulton homesteads, according to the US National Park Service.

I pulled up to the spot that Google Maps told me was the T. A. Moulton Barn, and it was clear that others had the same idea. 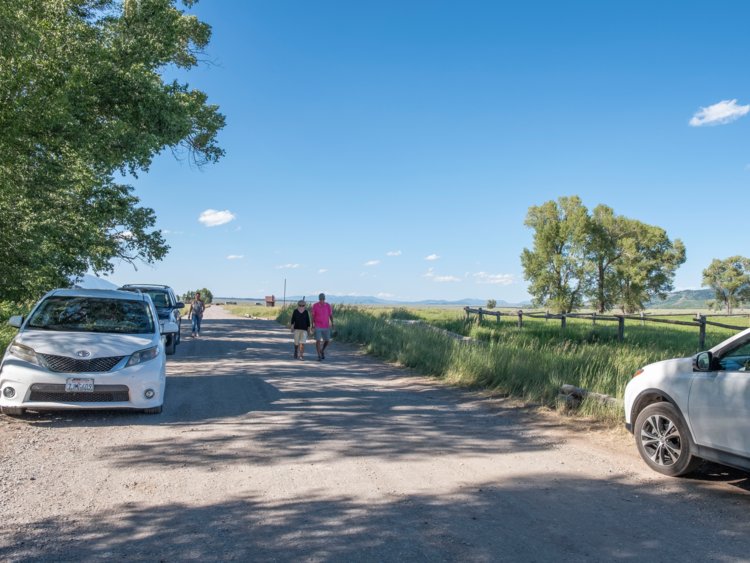 Three or four cars were already parked on the dirt road right next to the barn.

I stepped out of the car and got my first peek at the famous barn. 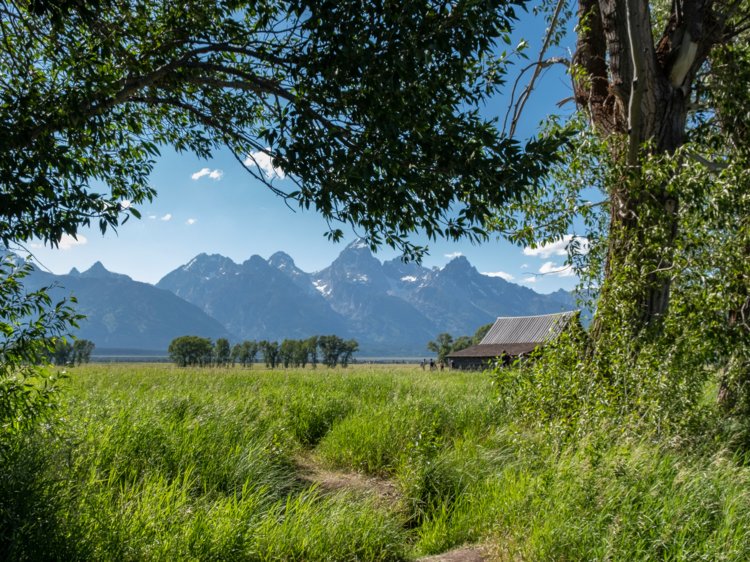 The structure was indeed a pretty sight in the late afternoon summer sunlight.

But I didn’t have the barn all to myself. 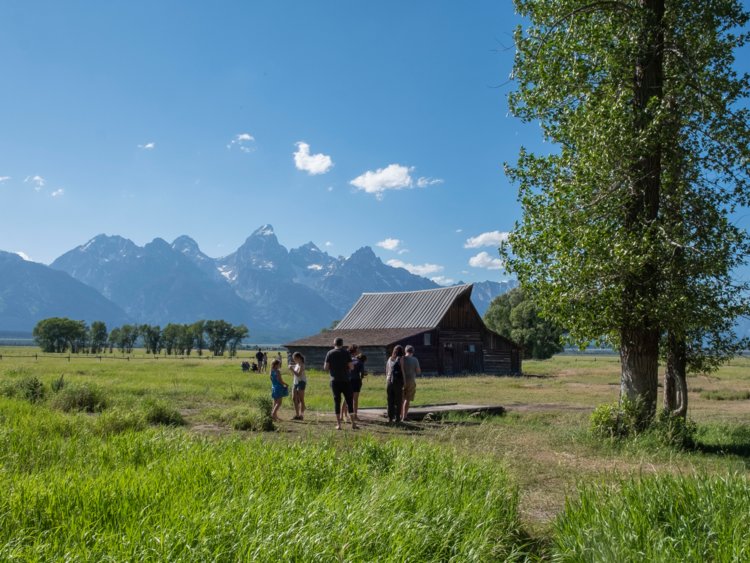 A family was there, seemingly waiting for another group of people to move so they could photograph the barn.

As the two groups left, another family showed up and posed for photos in front of the barn. 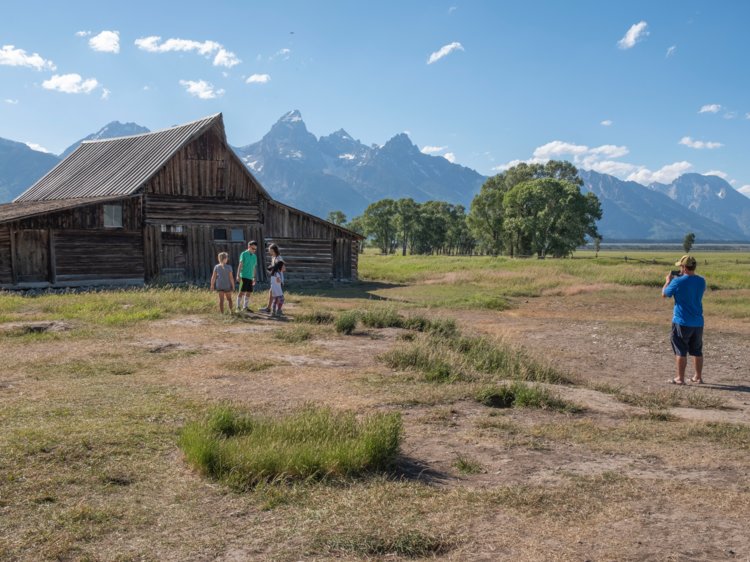 I waited to get a clear shot.

Finally, I had an unobstructed view of the iconic barn — for a moment, anyway. No sooner had I snapped a photo or two than another group of people showed up. 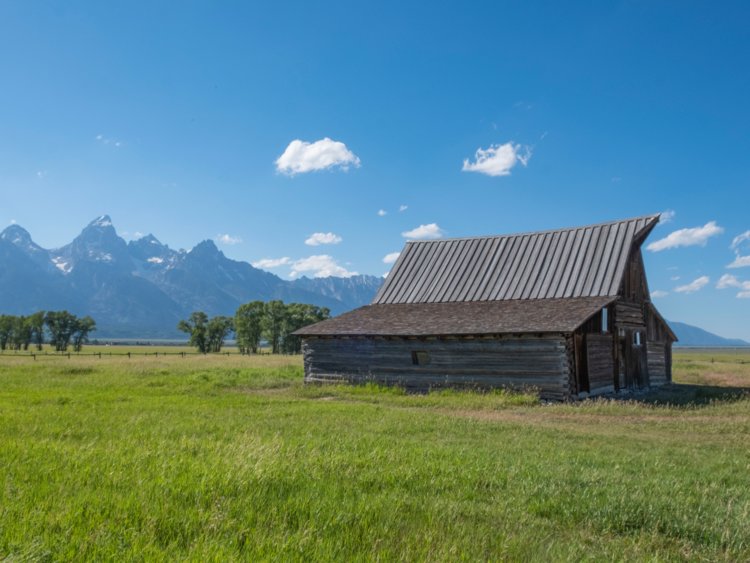 I stuck around for a few more minutes to see if I might be able to get some more clear shots, but then decided I didn’t want to spend any more time waiting to photograph the same barn that thousands of other people have photographed. I got in the car and headed back to Jackson.

I certainly saw the appeal of the T. A. Moulton Barn; the rustic structure and dramatic backdrop seem to embody the spirit of Jackson Hole and the West. But to be honest, I didn’t see what set it apart from the many other barns in the scenic Jackson Hole valley. And of course, all the Instagram photos of the barn I saw conveniently cut out the throngs of people you’ll have to outwait in order to get a clear shot.

But according to social media, if you visited Jackson Hole and didn’t ‘gram this barn, you did it wrong. (And yes, I ‘grammed it.)

SEE ALSO:I toured a $975-a-night luxury resort outside of Jackson Hole, and I found that it delivers on 2 of the top desires of wealthy travelers: privacy and experience

DON'T MISS:I spent a day on a secluded island that's a 5-minute ferry ride from NYC's ritziest vacation spot. It was immediately clear why the area is known as the 'un-Hamptons.'