Anyone who’s watched a vogueing performance or competition can attest to its complex and athletic movement.

Between the lightning-fast arm choreography to the daredevil dips, it could be an intimidating art to approach.

However, I mustered up a bit of courage and took Equinox Fitness’ masters of vogue class.

According to the Icon Sinia Alia, who produced and taught at the event, too often people let their fear of vogueing, also known as ballroom, stop them from trying it.

“A lot of people get it right off the jump!” she says.

“It makes people come out of their shells.” (Spoiler alert: I was not one of those people who “got it right off the jump.” And I’m a former professional dancer.)

You might have seen Sinia and the six other women who make up the “Seven Wonders of Vogue” in Equinox’s Pride Month campaign, “Life’s a Ball.”

The campaign celebrates the trans women of color who create and enliven the house ball community and raises money for House Lives Matter, which supports that community. All proceeds from the class I attended — which was open to the public and hosted at the High Line Hotel in New York City — went to HLM.

Get ready to vogue

Vogueing evolved out of Harlem’s underground ballroom scene in the 1980s, with primarily black and Latinx dancers competing as chosen families known as houses.

Houses are often led by “mothers” and “fathers” — genderless titles taken on by leaders in the house who provide training, support and safety for their house members, who are known as their “children.”

Though the art form is continuously evolving, vogueing movements are traditionally precise, performative and angular.

Many members of the ballroom scene note that the style of movement can be traced back to the supposed influence of Egyptian hieroglyphics and high fashion, where many houses get their names: Mizrahi, Balenciaga and etc. (Ballroom culture has been around since the 1800s, but vogueing itself slowly infiltrated New York City during the ’60s and the ’80s. It really came into prominence in the ’80s. And, like most counterculture movements, the exact origin is unknown and much disputed.)

At balls, houses compete in categories, which can range from things like “hands,” where dancers are judged for their ability to convey a story with their hands to “runway/catwalk,” where a performative walk creates a story and typically includes athletic movement.

Titles such as “Legendary” or “Icon” are given to dancers at balls and indicate a level of experience and achievement in the form.

“Legendary” generally refers to dancers who’ve been excelling in a given category for at least five years and “Icon” to those who’ve been in the scene for at least 20 years and have made a name for themselves in the community at large.

Elements of a vogue class

Though we often see vogueing performed in stilettos or heeled boots, I was unwilling to put my ankles to that test for my first vogue experience. I arrived in my sneakers and was relieved to find that others had made similar footwear choices. There was one brave woman who wore 3-inch glitter heels.

The class began with a warmup led by Equinox trainers consisting of shoulder and hip rolls and isolations, and a more cardio-focused section with planks, pushups, jumping jacks, high knees and burpees.

After the Seven Wonders made their entrance, the rest of the class was divided into seven short sections: one for each of the signature elements of vogue, taught by the woman who specializes in it.

First up, the Legendary Asia Balenciaga gave us a lesson in hands, which you might think would be self-explanatory but, believe me, is not.

She guided us through movement patterns that grew increasingly complicated, including a figure-eight motion that made me question whether I actually know what an “8” looks like.

I was grateful that we’d taken the time to warm up our wrists, which I’d never felt the need to do before, because I was starting to feel like they’d be sore the next day. (I was right.)

Then Sinia taught us to catwalk. “The catwalk mobilizes your performance,” she says. “Without catwalking, you’re dry.”

Those of us who don’t have gorgeous flowing locks like Tati were assured: It doesn’t matter whether you actually have lots of hair to toss around — just pretend like you do. “Hair performance adds a dramatic flair,” she says. “And it’s also a good workout for your neck!”

With the help of the Legendary Chyna Prodigy, we combined our newfound hair-whipping skills with vogue’s signature spins.

Legendary Veronica Miyake Mugler then taught us to duckwalk, one of vogue’s most-imitated moves, which involves walking forward while in a squat position.

We stayed low for Legendary Tamiyah Miyake Mugler to teach us floorwork, which consisted of what she called “oozing” onto the floor, creating a rainbow with the legs outstretched, and then creating more figure eights with the legs.

Finally, it was time for the element we had all been waiting for, at least based on the screams that ensued when the Icon Leiomy Maldonado said what we’d be doing.

Dips, as Leiomy explained, act like a “period,” ending the sentence that is the rest of your vogueing sequence.

Though they can be intimidating when performed at full speed, Leiomy broke them down step by step, and I was surprised to find myself getting to the ground somewhat painlessly. Albeit in slow motion.

The class ended with a free-for-all catwalk dance party, with the instructors demonstrating what it looks like to skillfully combine the seven elements and participants able to try out everything they’d just learned. 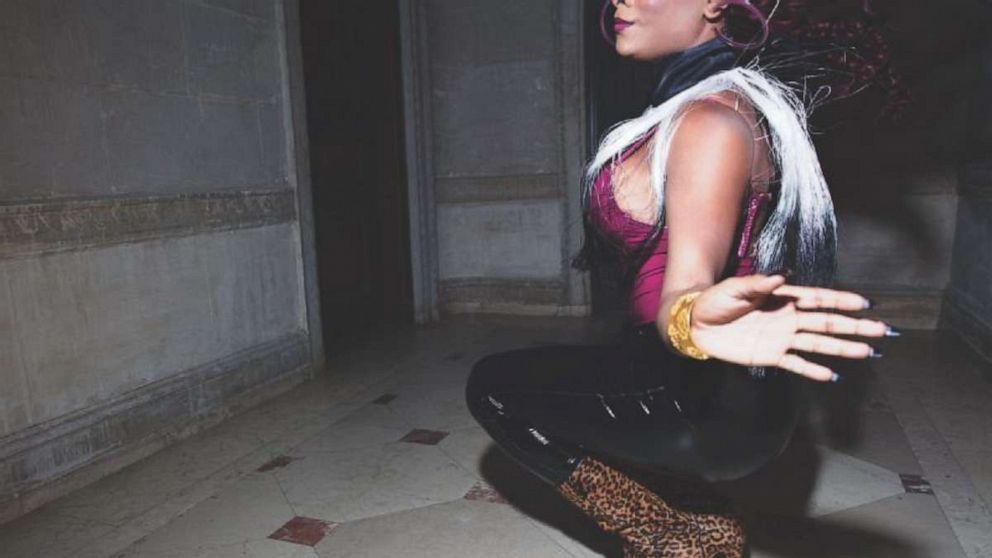 In 1990, Madonna’s “Vogue” music video, which featured dancers from the House of Xtravaganza, was accused of appropriation and of erasing vogue’s origins in queer black culture.

The 1990 film “Paris Is Burning,” the introduction to ballroom culture for much of the world, has been widely criticized for being voyeuristic.

“Everybody’s loving ballroom now, but we were always considered the bottom rung of the gay community ladder,” says Jack Mizrahi, who hosted and executive-produced the event and is the house mother of the House of Mizrahi.

“But all the terminology in the gay world and seeping into the mainstream world comes from us: ‘Tens across the board,’ ‘You better work.’ It’s all us. Now we’re finally coming to a spot where we can say: This is ours. We want it back. We’re here to claim what we were denied for so long.”

For Mizrahi, “Pose,” the FX series that premiered its second season last week and on which he serves as a consultant, is a part of that reclaiming.

The show has been lauded for its accurate and compelling portrayal of vogue culture, thanks to its inclusion of members of the ballroom community on camera and behind the scenes. The new season features none other than Tati.

“‘Pose’ is such an experience. I’m extremely grateful to have been given this opportunity to be a part of something that is true to me,” says Tati, who also appeared in Viceland’s recent docuseries, “My House.”

“It is capturing the lives of so many people and informing everyone about how beautiful queer culture is.”

What separates authentic representations of ballroom culture from harmful ones? “Listening to us,” Mizrahi says.

“Every season, we get a little bit more of a say. I started as just consulting for Billy Porter (Pray Tell) for one episode, and then I got a flashback scene, and before I knew it, I was offered a full-term contract. I’ve cried, I’ve laughed, I’ve bled with this community, and I have a platoon of stories to tell. So, I’m so grateful for the story that ‘Pose’ is telling, and I know that, with their help, we’re going to be able to tell even bigger and bigger stories. The story’s not done yet.”

Disney is the parent company of ESPN and ABC News.