Home » Lifestyle » ‘I am terrible at goodbyes’: Tracy Grimshaw farewells A Current Affair

A Current Affair has long been a complex beast in the Australian TV landscape, a show that has offered a little bit of everything, skewering world leaders, disgraced celebrities and dodgy mechanics in equal measure.

A program of such variety requires a special type of host, and for 17 years, Tracy Grimshaw has risen to the challenge. Using all the tools at her disposal – empathy, humour, instinct and heart – Grimshaw has helped keep A Current Affair afloat. 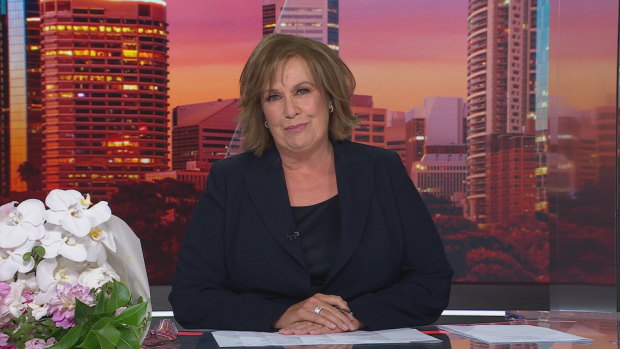 One last time at the desk. Tracy Grimshaw has said a teary farewell to viewers as she departs A Current Affair.Credit:Nine

It seemed fitting, then, that Grimshaw’s final episode as host on Thursday night also offered a little bit of everything.

Barely holding back tears, she signed off from the show she inherited from Ray Martin in 2006 for a final time.

“I am terrible at the ‘goodbye’ word because I will blub, and that’s never pretty, so I am going to say thanks instead,” she said. “This is such a good place to work. It’s the kind of office where people walk around beaming.”

Grimshaw also made a tongue-in-cheek reference to those who poke fun at A Current Affair or view the show’s history through rose-coloured glasses.

“A Current Affair’s critics are the ones who don’t watch it,” she said. “They reminisce about the ‘good old days’ when Mike Willesee would shred some hapless pollie. But they also ignore the fact that Willesee would have Paul Hogan on once a week to judge meat pies.”

Not that the show always got the mix of light and shade right, she conceded. “A few years ago, we fell in love with bra stories. I hated them then, and now we don’t do them anymore.”

Grimshaw’s tenure on the show will be defined by her hard-hitting, exclusive and often explosive interviews. In her 17 years with the program, she grilled everyone from prime ministers and premiers to celebrities and sports stars.

But in her closing remarks, the 62-year-old, who won a Walkley Award in 2009 for her work on the show, revealed those types of TV moments might never have happened had it not been for the viewers.

“When I first started at A Current Affair, my bosses didn’t like interviews that ran longer than four minutes, but now look at us,” she said. “Interviews can run the entire show because you told us you like them. We are your show, and a million of you who watch every night know that. Thank you. Without you, there would be no us.”

Thursday night’s episode was a tribute to her time on the show, and featured a revolving door of famous faces to wish her luck.

ABC journalist Leigh Sales – who left the ABC’s 7:30 earlier this year with her own similarly styled tribute episode – said, “I am terrified of the extremely long lunch that is in our future”.

Radio host Kyle Sandilands, meanwhile, recalled his own infamous sit down with Grimshaw in 2013. “When I first met you face to face, I knew you were no fan of mine,” he said. “Forty minutes later, I felt like you were my best friend. That’s how good you are.” 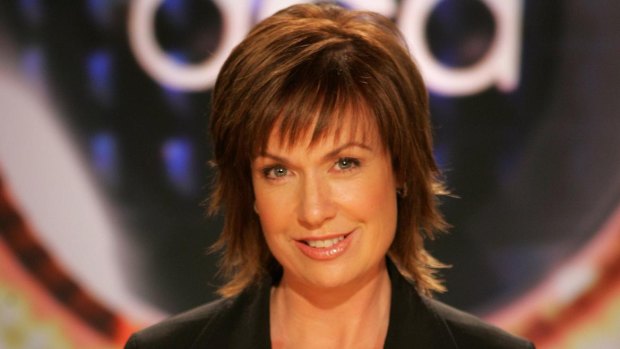 Tracy Grimshaw took over A Current Affair in 2006, replacing Ray Martin at host.

The departure of Grimshaw means one of TV’s most in-demand jobs is up for grabs for the first time since 2006.

Allison Langdon, co-host of Nine’sToday Show, is the hot favourite to get the nod, and Grimshaw hinted it wouldn’t be long before her replacement was revealed.

“Soon, you will all find out who will be in this chair next year, so please make them welcome.”

And with that, it was time.

“Thank you for your company,” she said. “Good night.”

* Nine is the owner of this masthead.