Home » Lifestyle » How to 'soft launch' your relationship on Instagram

How to ‘soft launch’ your relationship on Instagram: Expert reveals how to navigate the new celeb trend – including choosing your words wisely and ALWAYS having ‘the talk’ first

The days of eagerly updating your Facebook status the second you get into a new relationship are long behind us, but now teasing followers about your romantic situation is very much fashionable on the internet.

The latest new Instagram trend of ‘soft launching’ your relationship has taken over online, with celebrities including Adele, Rita Ora, Kourtney Kardashian and Jennifer Lopez all announcing their relationship status through the app.

But soft launching your relationship isn’t as simple as posting a picture togethe.

The trend sees users subtly sharing clues with their followers about their new partner before finally revealing the big secret.

Speaking to FEMAIL, UK-based linguists from language learning app Babbel shared their advice on how to best let your followers know about your new partner, from selecting the right picture to getting the timing just right.

So, if you’re considering going ‘Insta official’ and you’re uncertain about how to do it, here all the things you should consider. 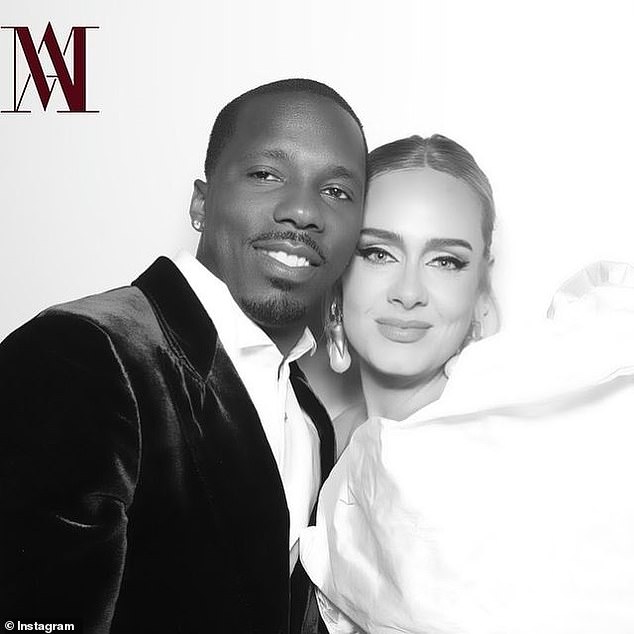 The latest new Instagram trend of ‘soft launching’ your relationship has taken over online, with celebrities including Adele sharing news of their relationship through the app. She posted the first picture with partner Rich Paul this month

Picking your words wisely is important for ensuring you’ve defined the relationship correctly.

Culturally, the words ‘boyfriend’ and ‘girlfriend’, are used to describe and define the status of an unmarried relationship.

They indirectly describe the status of relationships based on social expectations, so that a person who says a sentence like: ‘I’ll eat dinner with my boyfriend/girlfriend tonight,’ might expect their speaking partner to understand they are in a relationship with another person of a particular gender.

More people in relationships now refer to each other as ‘partners’, rather than using the terms boyfriend, girlfriend, husband or wife.

The term was adopted within LGBTQ+ communities in the 1980s, but it can be traced back as far as the 14th Century. 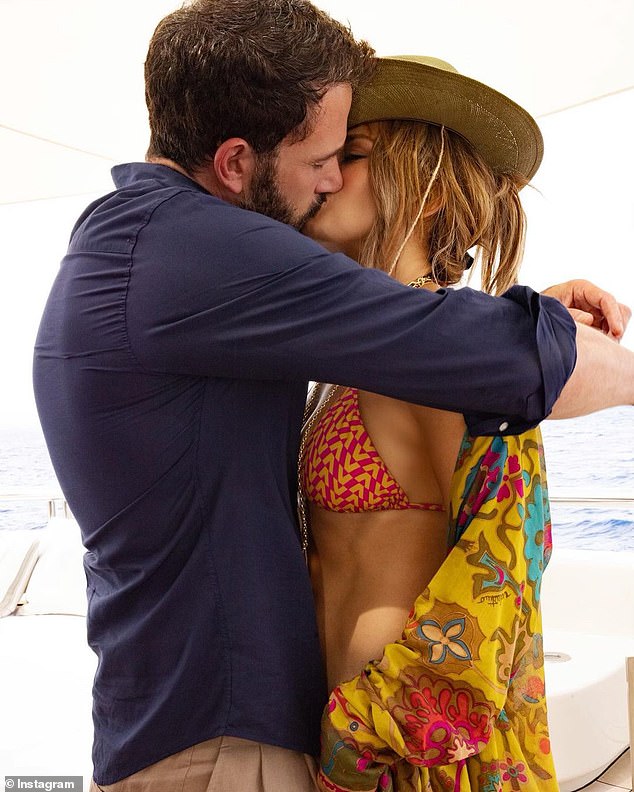 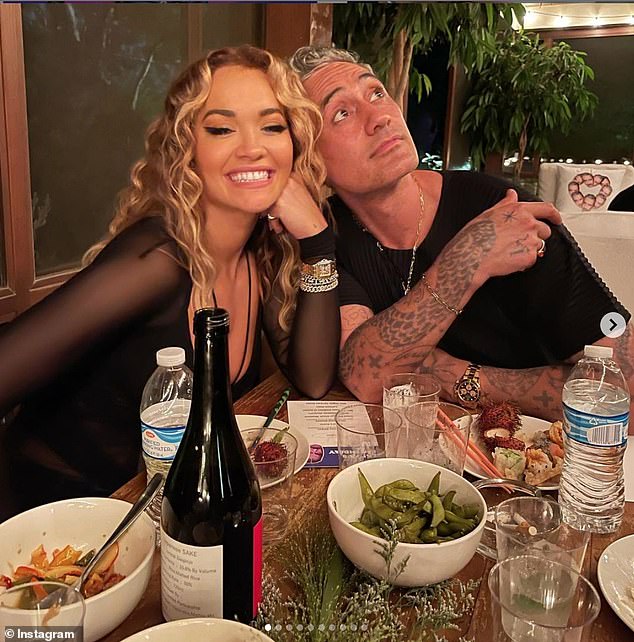 The word ‘partner’ again, insinuates that somebody has a significant other, but does not reveal gender or marital status.

Because the word ‘partner’ does not attach gender or legal relationship status to its meaning, this term is increasingly preferred by many individuals who don’t want to disclose such details due to social pressures and expectations.

If you’re considering going ‘official’ with an Instagram post, get on the same page as your partner about the language you’re planning to use and the caption that’s going with it.

Is this trend JUST for the celebs? Popular culture expert Nick Ede doesn’t think so

Soft launching is set to become the next big thing. We’ve seen it with J.Lo and Ben and now with Adele.

It’s a clever way of indicating you’re taken, but not yet revealing it or going Insta official. And a great way of teasing your followers and getting them talking

It means when you do post a couple picture, the meaning is far more important.

When social media first started it was all about it was the Facebook status – that started the trend – and when you put ‘in a relationship’, all eyes were on you.

It’s set to become the new way to reveal your relationship.

Get the timing right

‘Cuffing season’ refers to the time-of-year when singletons settle down with each other to make it through the Winter period – with the intent of moving on by Spring.

The term was listed as ‘word of the year’ by Collins dictionary in 2017 – which means the world, and your Instagram followers, will be well aware of it.

With this in mind, you should try to avoid announcing your relationship on Instagram during cuffing season if you want it to be seen as a serious one by your followers.

That being said, if you decide that announcing the relationship on Instagram is the right thing for you, there is no set Instagram code to live by.

You can be aware that such terms and conventions are evolving, but you don’t have to take everything that social media tells you too seriously.

‘DTR’ stands for ‘define the relationship.’

This refers to ‘the talk’ you have with someone when you’re ready to determine what you mean to each other. In the case of social media, this refers to becoming ‘Instagram Official’.

In 2021 many people are ‘soft launching’ their relationship onto Instagram, posting a low-key photo debuting your partner – often before the ‘DTR’ talk.

Going overboard too early with posts of your significant other, especially if you haven’t had ‘the talk’ yet, can lead to a messy deleting period that screams ‘I’m single,’ to your followers.

Make sure you’re on the same page about the relationship before you start the Instagram spam, to avoid upset later down the line.

Agree on the picture posted

Although posting pictures on Instagram is often favoured by those in a relationship, ensuring your partner is happy with what is going into your feed is key to prevent comments accusing you of being a ‘catfish’.

This term – which used to refer to someone who sets up a fake dating profile (think Catfish: The TV Show) – is now a colloquial way of calling someone out who looks extremely different IRL to their online pictures through heavy editing and filters.

If you’ve just started dating, outing your partner as a heavy editor of photos or secret wearer of Kim-K style Spanx, or a ‘catfish’, might not be a wise move.

Communication is key, and ensuring that you’re both happy with your selfie before posting will help to prevent online drama – or confusion for everyone involved.

Studies into social media have revealed that Instagram posts can create unrealistic expectations for couples, or lead them to feel that their partner is only interested in sharing how great the relationship is if it’s on public display.

Posting about your relationship may feel like an unnecessary add on, when what you have as a couple is already pretty great.

It’s about making the right choice for you and remembering there is no right or wrong when it comes to social media and its use in terms of relationships.