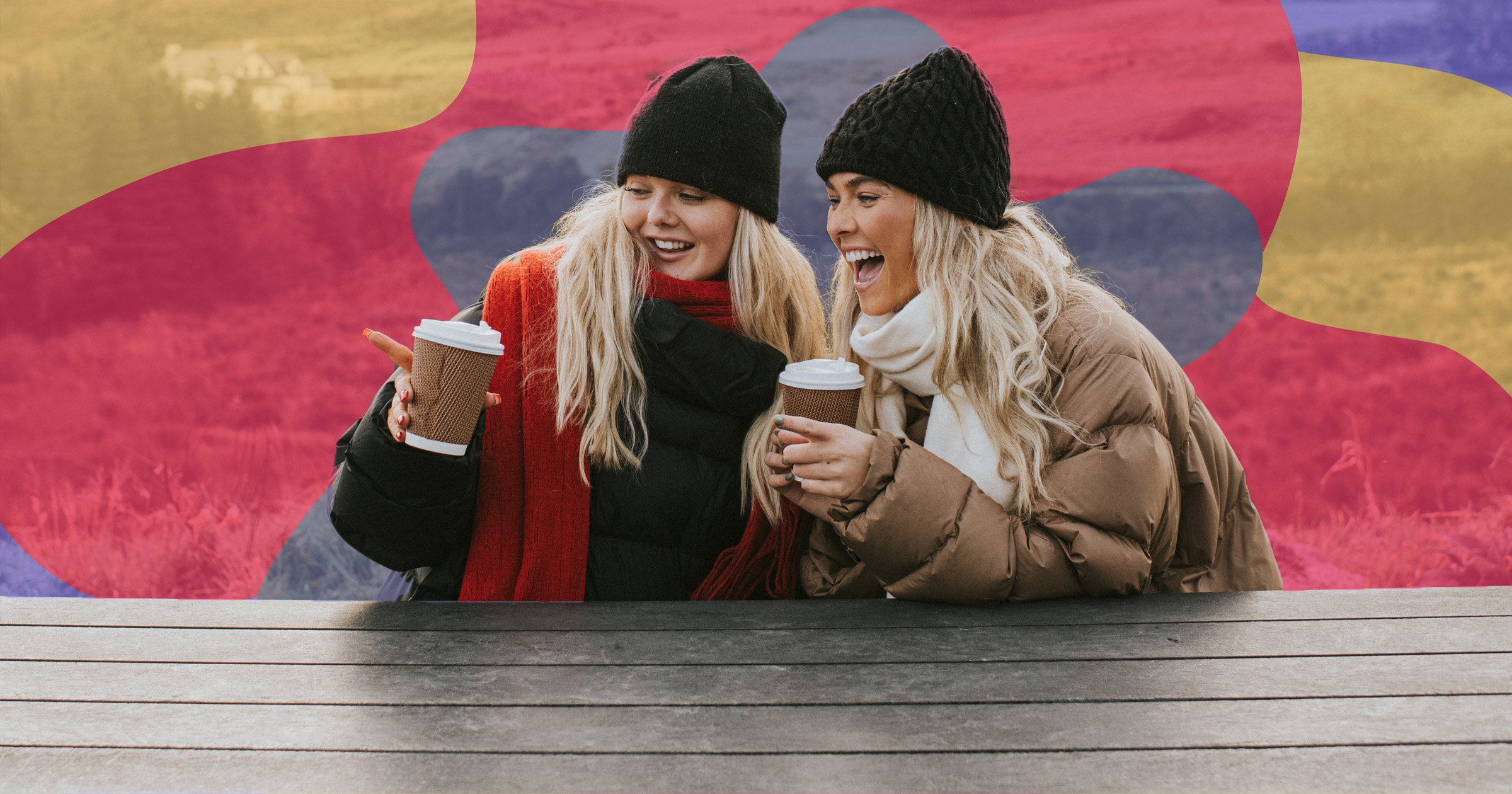 Do you remember the last time you text what’s-her-face? How about what’s-his-name — have you spoken to him recently? If the answer is no, you’re likely not alone.

Let’s not beat around the bush. We all have busy lives and, what with an ongoing pandemic and the cold hands of time taking their grip, it’s easy to lose contact with people.

Whether it’s been a month or years, the idea of rekindling that spark can be intimidating. However, there’s a good chance your old pal is eager to hear from you.

Yes, recent research in the Journal of Personality and Social Psychology suggests we underestimate just how much people appreciate us reaching out, no matter how long it has been.

So, how can you reach out smoothly and what on earth should you say? We’re glad you asked. We’ve enlisted the help of an expert therapist to take us through the simple steps.

Understand that losing touch is natural

First up, you have to take a look at the facts. Losing touch with your friends — regardless of how close you once were — is perfectly natural. It happens to all of us at some point.

‘The pandemic stopped us from our normal interactions with friends,’ she says. ‘Now that we’re starting to come out of the pandemic, there seems to be an awkwardness around reestablishing friendships and being out in public or at events again.’

As if that weren’t enough to make keeping in touch tricky, there’s another spanner in the works. For many, our everyday lives have changed immensely in the past couple of years.

‘Another big change we’re seeing is companies continuing to keep workers remote, which can lead to some people feeling more isolated and detached from their work friends,’ Heidi explains.

All of the above gives you a ‘free pass’ on this one. You can stop feeling guilty about forgetting to keep up with your social circle right now. Chances are, you’ve had good reason to drop the ball on this one. It’s what you do next that really matters.

Choose the right way to reach out

Phew. Now that you’re ready to make your move, let’s talk logistics. It’s the modern world, and so there are plenty of ways you can connect with friends. You might want to slide into their DMs, WhatsApp them, or even go old school and pick up the phone. It’s your choice.

‘There are many mediums for getting back in contact,’ says Heidi. ‘You can either pick the one that feels most comfortable for you, or if you know your friend well, pick the one that’s most comfortable for them. For example, you might perfect email, but your friend may not check it very often, but they’re great about checking voicemail and returning calls.’

Don’t be afraid to own the awkwardness

Yes, it might be awkward to reach out after all this time. But you should do it anyway. Rather than ignoring the gap and trying to pick up where you left off, state the obvious.

‘It’s helpful to acknowledge the awkwardness of it right from the start, instead of leaving it to be an elephant in the room,’ says Heidi. ‘This breaks the ice and allows the other person to laugh and acknowledge how strange all of this feels for them too.’

Tell that that you have missed them

Some things are better left unsaid. The fact that you have missed this person is not one of them.

For all they know, you’ve been living your best life without them, never once giving them a second thought. Let them know that this is simply not the case — you do care.

‘Acknowledge that it’s been a while and you hope they’re well,’ says Heidi. ‘If you feel comfortable, maybe add that you’ve missed them and would like to get together with them if they are comfortable doing so in the near future.’

Avoid the generic ‘how are you’ trap

You’re not a guy on a dating app… so you can skip the ‘what’s up’ or ‘how’s it going’ messages. Since you’ve left this person hanging for a while, you need to dig deeper.

Heidi suggests saying something like ‘I’d love to hear how you’ve been since we last saw each other, the good, the bad and the ugly’ or ‘How is your family? How did you all navigate the pandemic together? Did some of you navigate it differently than others?’

It’s tempting to check your phone every five minutes but you need to be realistic. If it’s the first time you’ve reached out in months, you’re not likely to be your friend’s number one priority.

Repeat the following: That is perfectly okay.

We all have different commitments and circumstances that change throughout our lives. Your friend may have had a ton of time to text away when they were in their late 20s but come their 30s — add in a marriage and two kids, for example — their time is precious.

‘The hope is that if you reach out to someone because you’ve missed them and want to reestablish your relationship with one another, that they feel the same way,’ says Heidi. ‘However, sometimes their lives have changed and they may not have space for you in it right now.’

If your phone isn’t ringing off the hook within minutes of you reaching out, don’t panic. You’ve sprung this on your old friend. Now give them the time and space to answer you.

And if they do ghost you, don’t take it personally

Ghosting is the worst. It doesn’t matter that you’re not dating this person, if they blank you, you’re going to feel that. While it’s easier said than done, try not to take it personally.

‘You’re putting yourself out there and being vulnerable,’ says Heidi. ‘The hope is that your friend can meet you here in this space, and often that’s the case.

‘However, sometimes friends don’t miss you in the same way that you miss them, or their life doesn’t have space for you right now. This can be very hurtful.’

Move forward — whatever the outcome here

We won’t sugarcoat it. Reaching out to an old friend can be a risk. While research suggests they may appreciate the gesture, it’s not a sure thing. And if they don’t figuratively welcome you with open arms, it’s going to sting a little.

Avoid ruminating and beating yourself up here. You had the courage to make the first move, and that shows strength of character. Now, take the loss and try to move on.

‘First, acknowledge that your friend’s behaviour is hurtful. Give yourself time and space to sit with this emotional pain,’ advises Heidi. ‘Remember that if someone is treating you this way, it’s more about them than you. It may be helpful to externalise what’s going on. Remind yourself that you truly don’t want a friend that doesn’t value your friendship.’

Becoming a stranger to one-time friends is no fun. I

’ll admit that I’ve not always kept up with the people who matter to me.

So, inspired by Heidi’s handy advice, I decided to bite the bullet and reach out to a few of my forgotten friends. Here’s what happened next.

Sliding into the DMs

As an Instagram-addicted millennial, I might not speak to all of my friends, but I definitely know what they’re doing thanks to their stories. To kick things off, I decided to start subtly ‘reacting’ to some of them.

So Daisy — who moved to Cambridge pre-pandemic — got a slew of love hearts and clapping emojis on her daily snaps.

It worked. She was soon reacting right back at me and exchanging a few messages in between.

Sure, we didn’t get into the meaning of life but I did find out her latest family news and so the connection was reborn.

Can you fill me in?

I won’t bore you with the details but I recently went through a pretty major breakup. We were together for a decade, our friendship circles overlapped and, yes, there was collateral damage — namely Leah and Adam.

Right after the breakup, I gave them space because I knew they were closer to my ex.

However, it’s some months down the line and I saw someone selling Craig David tickets online. Knowing that Adam is his number one fan, I screenshotted the post and sent it to Leah. While they didn’t get the tickets, it worked as a conversation-starter.

On Heidi’s advice, I straight-up admitted it was awkward and said that I hadn’t known whether to reach out to the two of them. Leah said that she’d felt the same. With that out of the way, we arranged to meet for wine at the end of the week.

Hanging on the telephone

Ring ring. I’m doing it. The thing that we all fear the most. I’m calling an old friend.

Arun and I were friends when we were teenagers and we’re now in our 30s. We lost touch when I went to university and moved cities while he stayed in Birmingham.

This isn’t completely random. He added me on Facebook a few weeks ago — under a different name — and I saw that he was married with a child. He’s a teacher so, like many professionals, he doesn’t use his real name online. Smart but confusing (for me) move.

We exchanged a few pleasantries on Messenger and then gave me his number. So instead of leaving it at that, I decided to plunge in and make the call. When he answers, his strong Midlands accent is all-too-familiar and he asks me where mine has gone.

We chat about his career, my career, his family, the drama teacher we had who died, and the people we knew in common. For his 30-minute commute, we’re 15 again, laughing at old jokes and our silly mistakes.

Nothing and absolutely everything has changed. He says when I’m next home, I should come over to meet his wife and son. And I definitely will.