New couple Carl Radke and Lindsay Hubbard are gearing up rewatch their journey to romance on Summer House season 6, but it won’t be a traditional love story — especially since her fling with Austen Kroll appears to be a central story line on the Bravo show.

“Obviously, I was very aware even going into the summer. I knew Lindsay and Austen were very close. Prior to Vermont, I would hear Lindsay on the phone with Austen periodically, and they would FaceTime. You know, he’d FaceTime her at 12 o’clock at night at the bar,” Carl, 36, exclusively told Us Weekly on Tuesday, January 11. “They talked a lot, and I always was supportive of their friendship, and I even was like, ‘Yeah, you and Austen should have fun, go for it. I mean, do your thing.’ So I’ve always wanted Lindsay to be happy. I am protective of her, but also, she’s an adult. She can have her fun and I wanted her to have the best summer she could have because — based on both of our previous summers — I think we were all needing to let loose a little bit.” 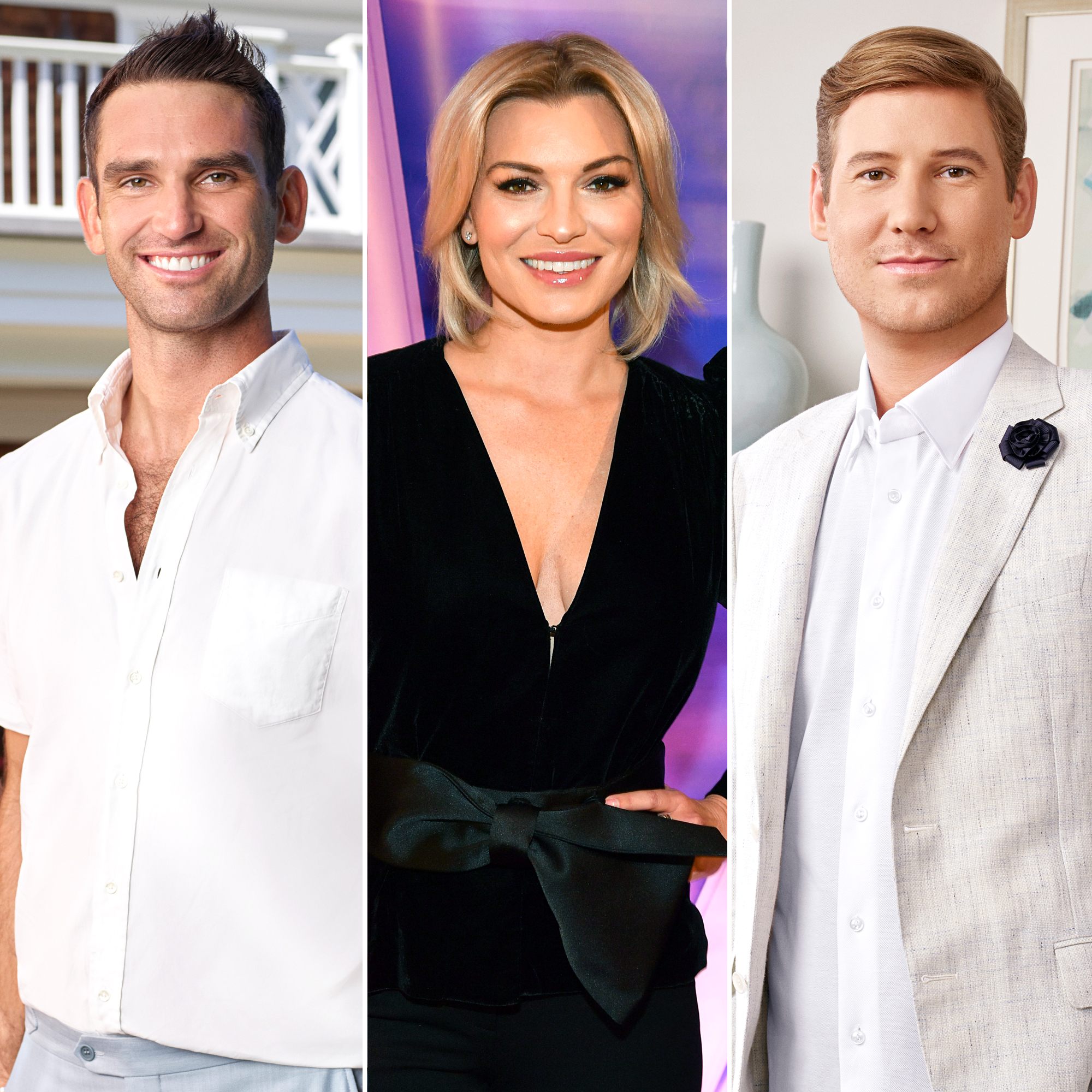 Fans watched Lindsay, 35, attempt to pursue a romance with longtime friend Austen, 34, during season 1 of Winter House, which aired late last year. (The duo also revealed that they hooked up in the past.) While the Southern Charm star ended up dating her costar Ciara Miller, it’s revealed in the season 6 teaser for Summer House that Austen ends up in bed with Lindsay during a trip to the Hamptons.

“I’m sure there’ll be things that I watch back that’ll probably be a little tough, but I’ll be sitting next to her watching it,” Carl continued to Us. “I always try to tell myself, like, ‘OK, yeah, these things happen, but where are we right now in this very moment?’ [I like to] be present to some degree. Yes, the show was filmed six, seven months ago, but I try to remain present and just remember where we are right now. I mean, we all have previous relationships, we’ve all had makeouts or hookups that have been on this show. So, it’s like, ‘What’s another one?’”

Things got complicated for Austen and Lindsay after he embarrassed her on Watch What Happens Live With Andy Cohen in October 2021, picking Ciara over the publicist for a series of questions while Lindsay sat in the audience. According to Carl, who told Us things started to turn romantic with him and Lindsay in September 2021, the Winter House costars saw each other in recent weeks.

“We were in Charleston about a month ago for Loverboy and we were launching South Carolina. … We threw some parties,” Carl said, noting that several members of the Southern Charm and Summer House casts stopped by. “We’re friendly and cordial. I think Austen and Lindsay, I hope would have more of an adult conversation that Austen needs to lead. I did see some of the Watch What Happens. He was not great to her.”

He continued: ”I mean they are friends, like, they have a friendship, and that was not what a friend would do to someone, especially on a live program. Now I do like Austen, we are buddies, but I’ve given them the air on that one. I can talk to Austen and we’re cool, but I think at some point they’ll probably have a more adult conversation. But they were cordial and cool. We’re adults, but I understand why she was upset and that she has every right to be.”

Reality Stars Who Hooked Up With Stars From Other Shows

The Pittsburgh native added that Austen seems to be supportive of his relationship with Lindsay.

“I think people have kind of seen it slowly kind of brewing and it’s kind of, like, a little bit of a shock at first,” Carl said. “But, I mean, when people hang out with us and see us in the last, you know, month or two, they wouldn’t miss a beat. Other than me calling her babe, it’s like nothing’s changed … because we do hang out all the time. We do have incredible chemistry. Now, things have just got a little more romantic, which has been — honestly, it’s been really, really good and exciting.”