Home » Lifestyle » How I Made It: 'I've been spreading cheer as Santa for over three decades' 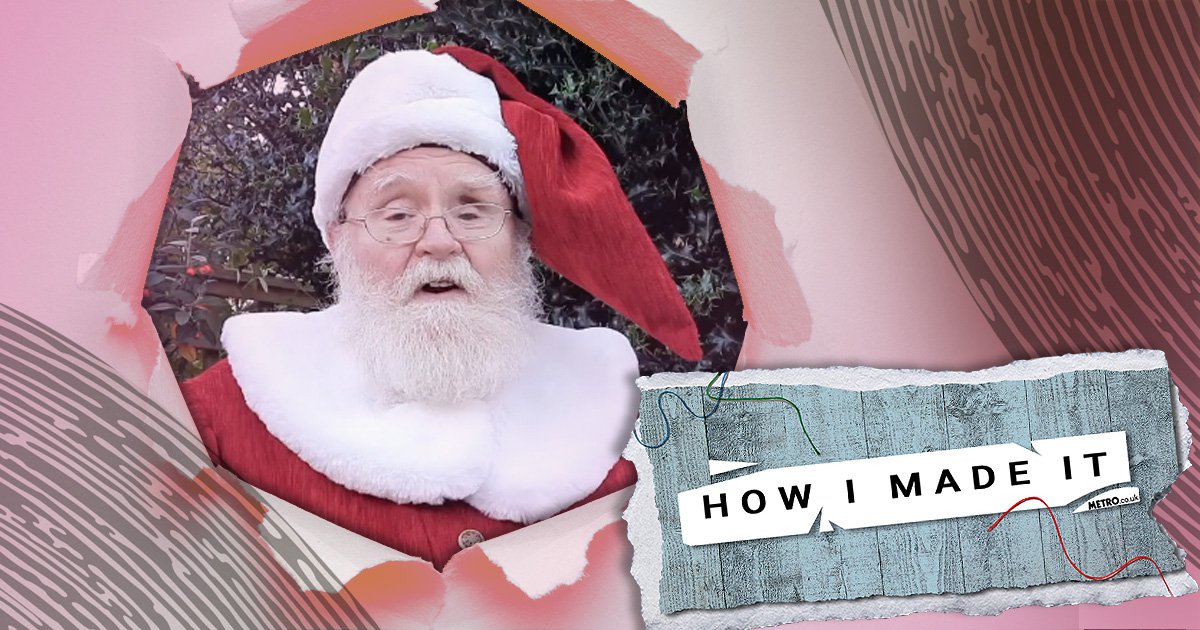 Merry Christmas, one and all.

In keeping with the spirit of the season, this week in How I Made It we speak to Michael Facherty, a Santa impersonator working in South East England.

The 70 year old retired from a corporate office job and now lives off of his pension and seasonal work as Santa Claus, which he’s been doing for the last 35 years.

Michael tells Metro.co.uk: ‘My first appearance was at my children’s school some 35 years ago. That was so long ago that everyone called me Father Christmas rather than Santa.’

He lives in Caversham near Reading and tends to work in areas close by, focusing mostly on Reading, Henley, Bracknell, Hungerford and London.

Occassionally he does jobs further afield, telling us: ‘I once worked at Gatwick Airport in a campaign for Virgin Airways and made a trip with reindeer ranging as far as Liverpool to deliver Christmas shopping for a Morrison’s promotion.’

This Christmas he’s been flat out with jobs, as usual – though the pandemic has changed things slightly.

Hey Michael, what made you want to dress up as Santa for work?

Initially, I donned the red suit (and a fake beard) because my sons’ school needed a parent volunteer. My sons both spotted that it was me.

That’s when I found that I loved playing Father Christmas.

What makes you love it so much?

The wonderful thing about being Santa is that you praise children for being kind and for their achievements.

The other lovely thing is the excitement and even love in the faces of the children and their grown-ups when Santa appears.

It also appeals to the showman in me and it’s great to bring joy to families. Imagine what it is like to see people’s faces light up when they see you!

How has the pandemic changed the way you work?

Until last year, most of my work was in grottos with the occasional school or home visit or corporate gig.

Last year, the grotto owners decided it was safer not to open.

Many of my old families asked if there was a way they could still see me and I found myself making many more home and doorstep visits.

Then we went into Tier 4 and I switched to making Zoom calls. This opened up the world and I was Santa to people in America, Canada and Eire (Ireland).

A typical working day as Santa

There isn’t an average day for Michael, especially since the pandemic.

A shift can include visits both in person and on Zoom, appearing in a publicity campaign or going on a podcast.

He also made time to record a Christmas message.

At the end of the working day, he checked his emails and responded to five requests for visits, one for next year. Time is then spent updating his diary.

Lastly, he thanks all the people who invited him to visit.

‘Until the pandemic, most of my time as Santa was spent in a grotto in the village of Winkfield near Bracknell,’ he says.

‘Days varied between six and 10 hours and I would see between 50 and
90 children each day.

‘In addition, I had occasional corporate jobs and home visits.’

How do you find the switch to working over Zoom?

It’s great being Santa over Zoom but it’s not the same as a visit in person.

For a shy or autistic child, Zoom is a ‘safe’ alternative to a grotto visit as their grown-ups have more control of the environment.

For an outgoing child, it’s a chance to show Santa their artwork, their pet or their toys. One little girl even played her piano for Santa to share a carol that she had practiced.

What are some of your most exciting gigs as Santa?

Some of my corporate gigs have been really exciting.

Probably the most exciting was making a film for BuzzFeed and Amazon UK. I got to listen to children’s Christmas wishes behind a false chimney and then come down it to chat with them and give them a present.

It was a magical experience.

But my favourite work is household visits, as I get to spend more time with families.

How do you people find you?

Many bookings are requested straight after my visit. Then more come in from about June onward.

By early December, most of my time is already booked but I can often find a time. I hate it when people have left it too late and I can’t offer them a visit.

Most people I visit are returning customers or have seen pictures and video from my visits to their friends. I also put details on local Facebook groups.

What do you do for the rest of the year, work-wise?

Though I’m retired, I am a children’s author too under the name of Patch Pegg the Portly Pirate. I’ve written three picture books and am working on a fourth.

Do you plan to continue doing this for years to come?

Indeed I do. It’s the highlight of my year. Why would anyone stop unless forced by ill health?

Do you have an interesting job you want to talk about? Or did you take an unconventional path to get where you are today?

If you fancy taking part in How I Made It, email [email protected]