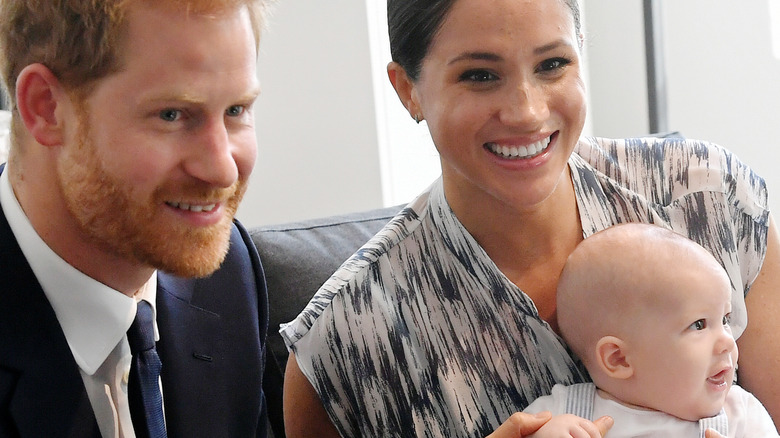 Prince Harry and Meghan Markle stunned the world when they announced their plans to officially exit the royal family. The couple left their duties as senior members of the Firm in early 2020 and eventually settled down in California, despite Queen Elizabeth feeling “disappointed” with their decision (via Vanity Fair). “They stood down for a reason, that was to have the freedom to be independent and there are no regrets about their decision to leave,” a source close to the couple said at the time.

A year after leaving the royal family behind, Meghan and Harry sat down for an interview with Oprah Winfrey (via USA Today). During the tell-all, the Duke and Duchess of Sussex admitted that they both struggled with mental health issues and they felt that the family was unsupportive when they reached out for help. They also made claims that members of the family made racially insensitive comments about their son Archie’s skin color. The pair ultimately decided to appear on the televised interview in order to tell their side of the story.

Of course, the decision to leave the Firm wasn’t an easy one for Meghan and Harry. Now, one royal expert is revealing where the couple found their strength to fight for the life they wanted.

If you or someone you know is struggling with mental health, please contact the Crisis Text Line by texting HOME to 741741, call the National Alliance on Mental Illness helpline at 1-800-950-NAMI (6264), or visit the National Institute of Mental Health website. 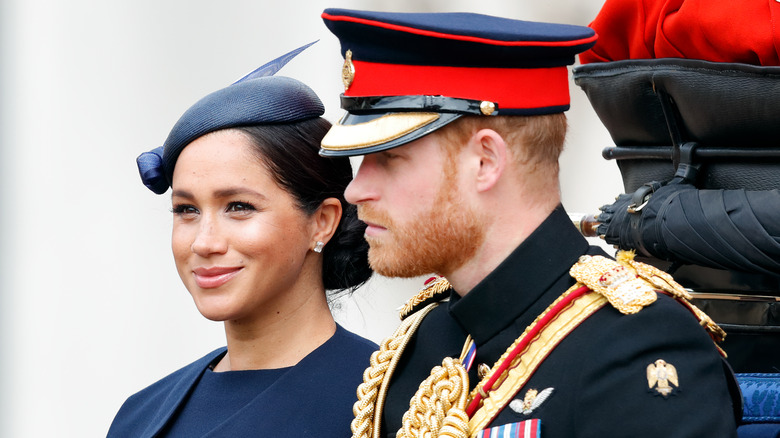 According to People Magazine, royal expert Omid Scobie reveals that it wasn’t until Prince Harry and Meghan Markle’s first child, son Archie, was born that they felt brave enough to take a stand and exit the royal family. Scobie, who co-authored the Meghan and Harry biography “Finding Freedom,” says that welcoming Archie gave the Duke and Duchess of Sussex “that energy to stand up for what was right for them, regardless of what the consequences were. As we have seen, those consequences have been pretty major.”

Since leaving their roles as senior members of the royal family, Harry and Meghan have made a home for themselves in the United States. They created a nonprofit organization called Archewell, and have also signed deals for book and streaming projects. In addition, they welcomed their second child, daughter Lilibet Diana, in June. “They were quite afraid of the consequences of stepping away and challenging the system,” Scobie said of the royal couple. “They say that the proof is in the pudding, and what we are about to see is that pudding,” he added of the Sussexes’ life post-royal exit.

It remains to be seen whether Meghan and Harry will ever regret exiting the royal family. For now, they seem to be happy in their new lives with their growing family, thanks to some inspiration from little Archie.