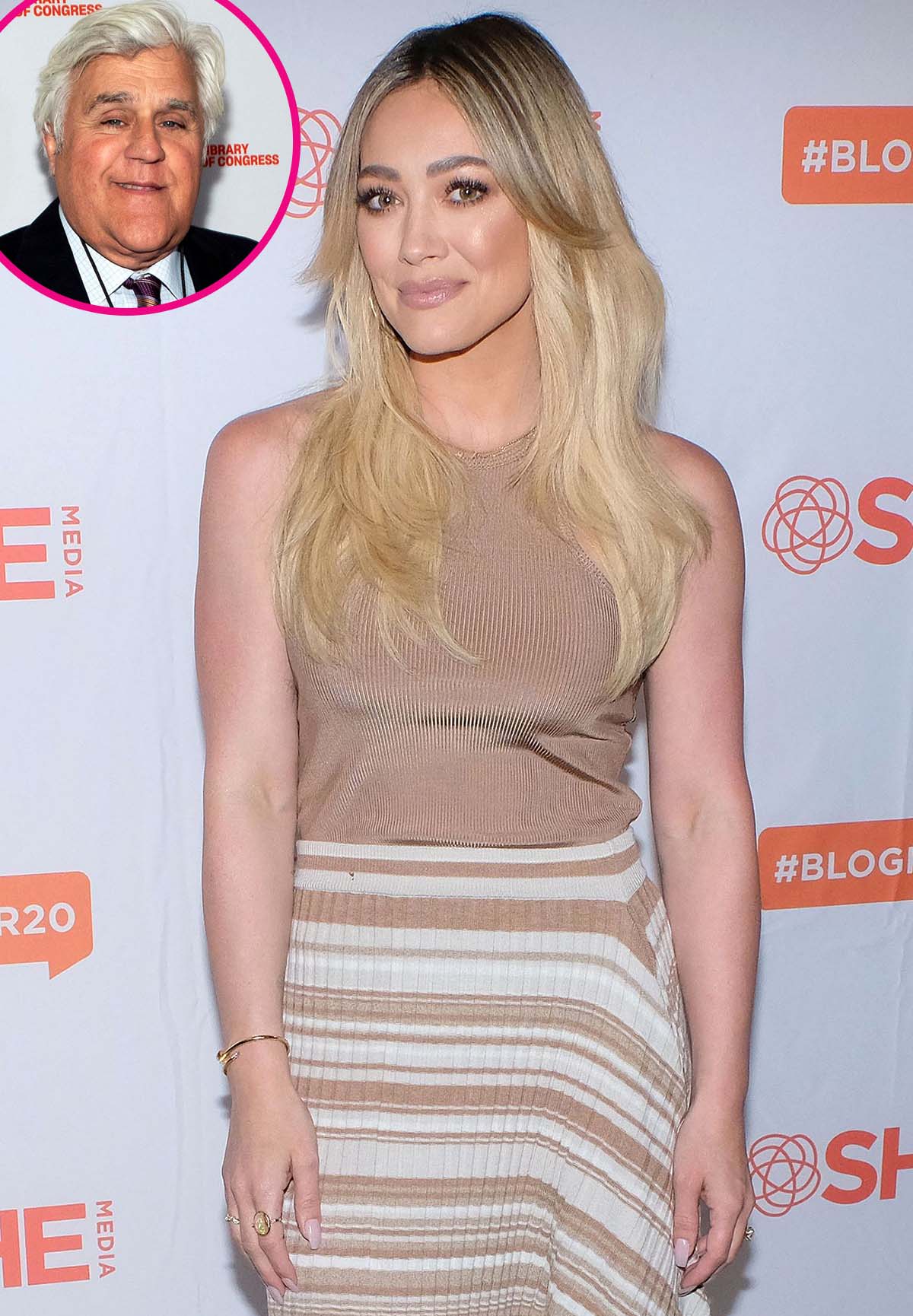 She’s in on the joke. Hilary Duff performed the viral TikTok dance from a performance she initially did in 2007.

Hilary Duff Through the Years: Disney, Motherhood and More

The choreography comes from a 2007 appearance on The Tonight Show With Jay Leno where Duff, now 34, performed her single With Love. The Younger alum looks less than thrilled about the performance. While her dancers seem to be performing their hearts out, the Texas native seems unenthused.

The bit has taken over TikTok with many dancers dueting the performance alongside Duff’s Leno video. The “Come Clean” singer decided to join in on the fun on Monday, November 15, dusting alongside @YungDaddyCack’s video.

“HERE YOU GOOOOOOOO!” the Lizzie McGuire alum captioned the TikTok, indicating fans had been pestering her about the trend for a while.

#duet with @yungdaddycack HERE YOU GOOOOOOOO!

She later revealed that it’s her loved ones who wanted her to join in the most. “So I can stop receiving [texts] about this,” she captioned the clip via Instagram with a peace sign emoji. “Also … I tik toked … and it was a 12% kinda day.”

The How I Met Your Father star seemed to put a little more energy into her 2021 performance, in which she wore ripped jeans and a white cropped tank top. The blonde’s current aesthetic is a stark contrast compared to her Dignity album era look, where she was dressed in tight black clothing and stiletto heels with dark hair.

That she now has more energy is impressive considering the lackluster dance happened when she was 20, and Duff now has three children. She shares son Luca, 9, with ex-husband Mike Comrie and daughters Banks, 3, and Mae, 7 months, with her spouse Matthew Koma.

Her husband, 34, commented that she “crushed” the performance while Ashley Tisdale cheered her on, writing, “YESSSSSSS.”

Her HIMYF cast mate Francia Raisa shared the enthusiasm. “YAAAAAAAASSSSS!!!!!! We love to see it!”

The former Disney Channel starlet loves an online trend. When the word “cheugy” gained popularity, Duff took to her Instagram Story in May to weigh in on the trend and share her growing concern.

‘Lizzie McGuire’ Cast: Where Are They Now?

“Listen, guys, I’ve been stressing for days about this,” Duff said at the time. “Ever since I heard the word, fear [has been] overcoming my mind. Like, am I cheugy? Are you cheugy? Do you know if you’re cheugy?”

She continued, “Is someone who’s cheugy aware of it? Is it a big deal to be cheugy?”

While it isn’t clear if the “What Dreams Are Made Of” songstress ever figured out where she fell on the cheugy scale, she clearly dominated the “With Love” trend.