Talk about buyer’s remorse! Hilarious snaps reveal the VERY unsatisfying products online shoppers ended up with – from a terrifying Santa to a huge chunky blanket that only covered the dog

We’ve all heard of buyers’ remorse, but the phrase has taken on a whole new meaning thanks to hilarious photos of online orders that went horribly wrong.

People from the US and the UK have shared snaps comparing the items they ordered online with the products they actually ended up with, in a hilarious gallery collated by Bored Panda.

Instead of the glamourous see-through negligee with faux-fur sleeves she was expecting, one woman, believed to be from the US, ended up with an ill-fitting, see through gown with frilly sleeves.

Pet products seem to be particularly problematic, with one owner ending up with two balls of twine instead of the cactus-shaped scratching post they ordered for their cat, while another ordered a ramp to help their dog climb off the sofa and ended up with a miniature slide. 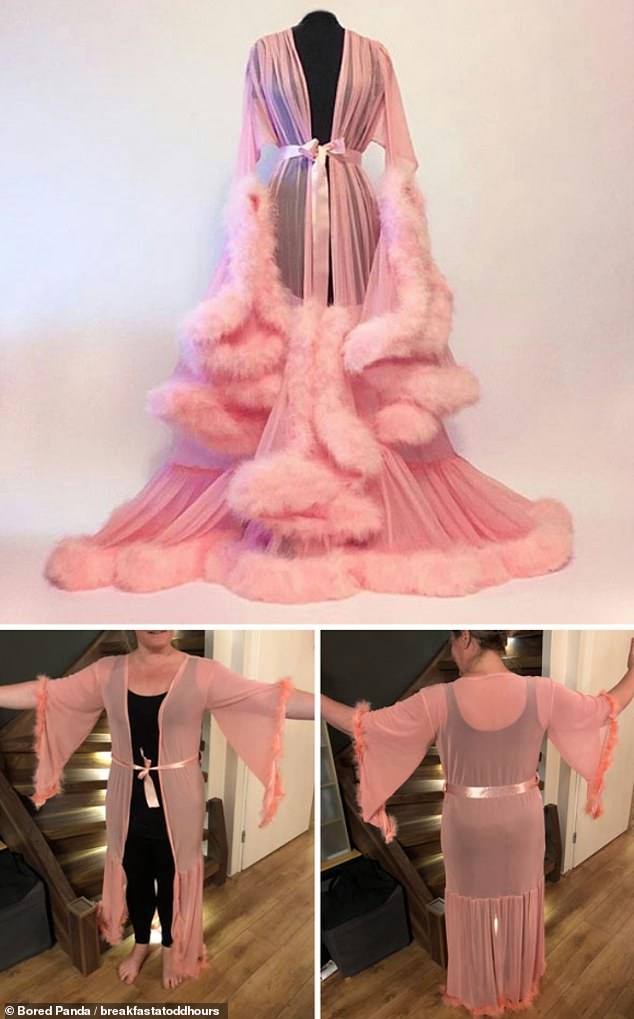 Furry disappointing! This woman, believed to be from the US, bought what she thought was a glamourous gown trimmed with faux fur, above, but ended with a see-through frilly one instead, bottom 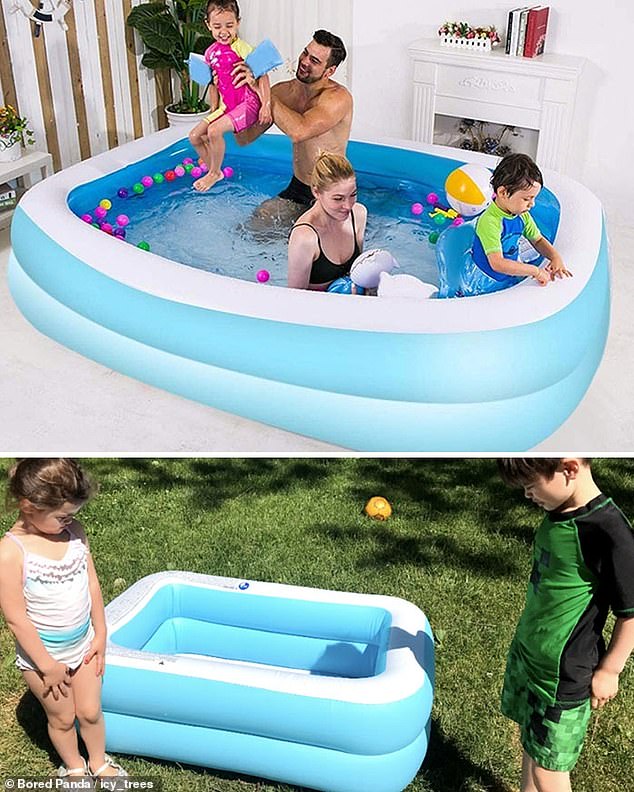 We can’t go swimming in that! One dad from the US shared a picture of the tiny pool, bottom, he received after ordering the pool above. He also confirmed he got a refund, but that it took several complaints 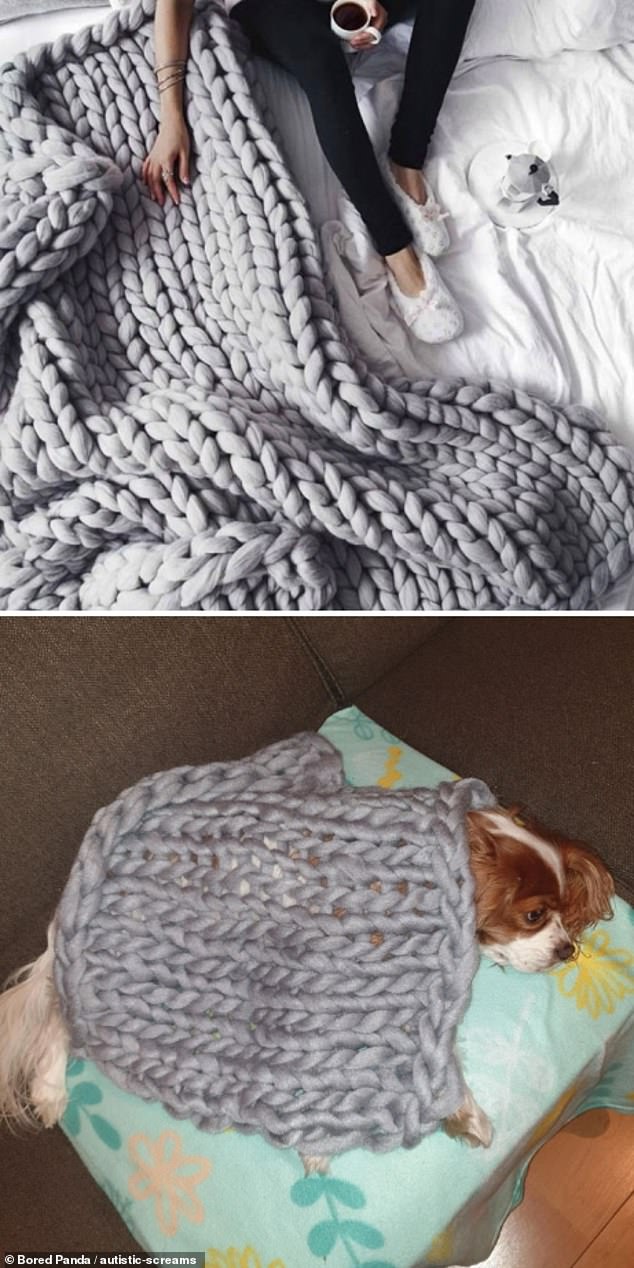 At least the dog’s happy! One woman shared a pictures of the knitted blanket she ordered for cosy days in, but it turned out it was just about big enough to cover her pet 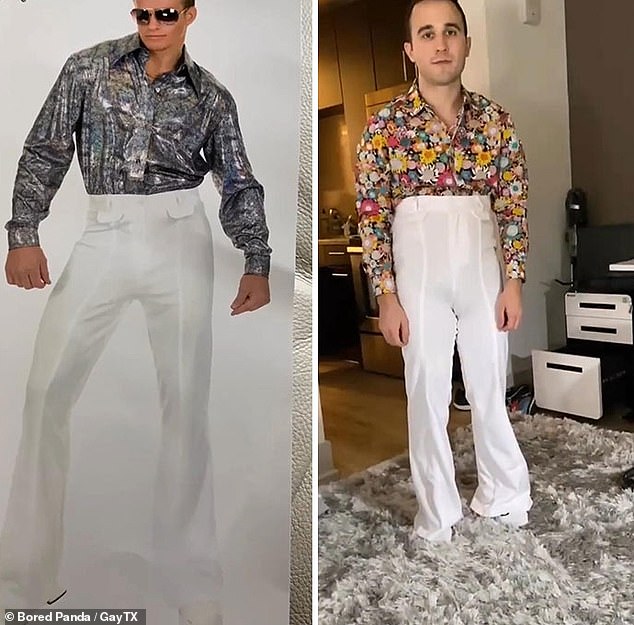 Disco fever! One man from the US ordered disco pants from Amazon for a fancy dress party, left, but ended with ill-fitting, see-through trousers instead, right 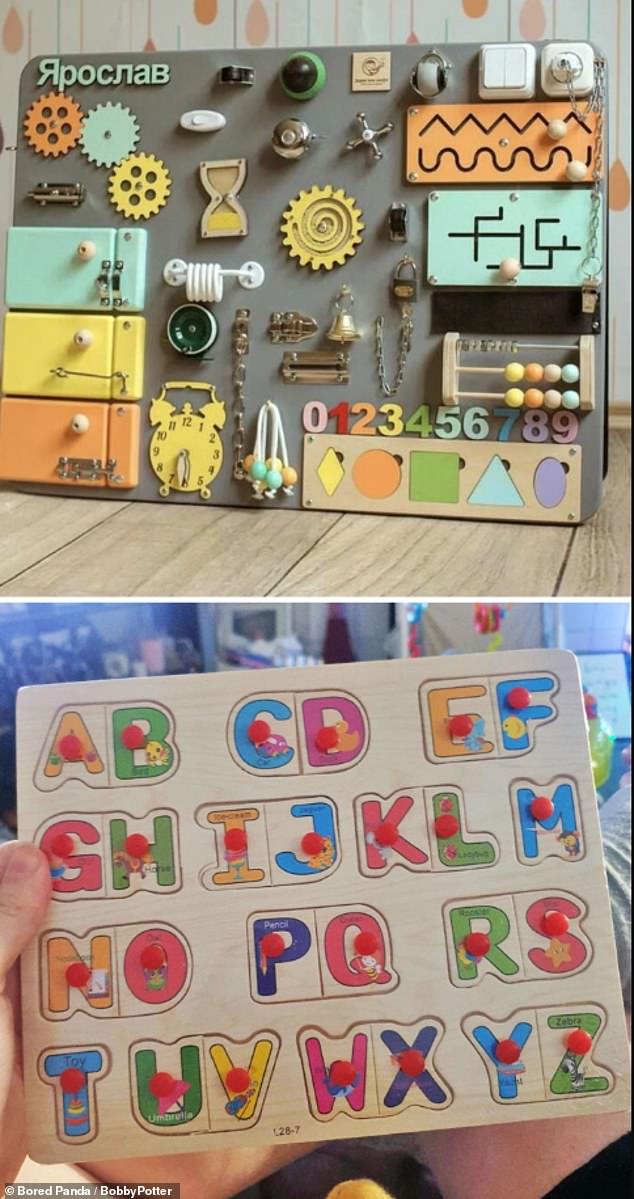 That’s not what I ordered! Mother from Norfolk in the UK made a purchase of a board covered in bells, whistles and puzzles, with no resemblance to the alphabet puzzle that actually turned up 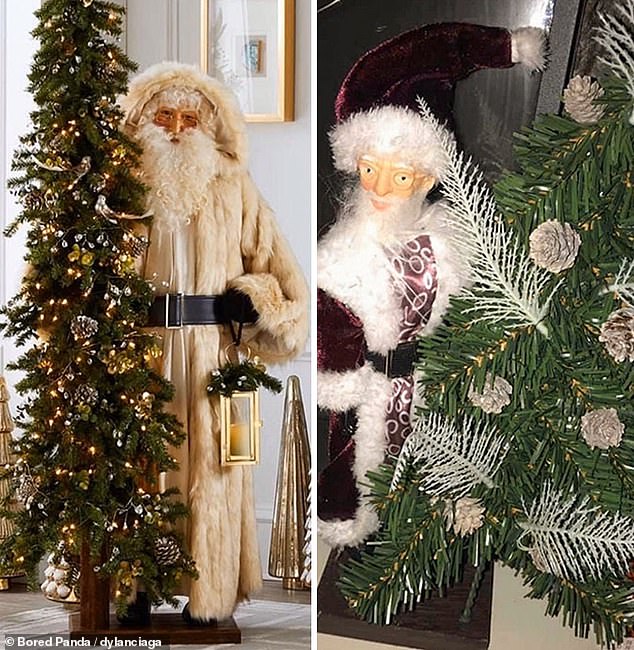 Deck the halls with this creepy Santa: One woman from Florida was not impressed when she ordered the decorative Santa on the left, but ended up with the haunting replica on the right 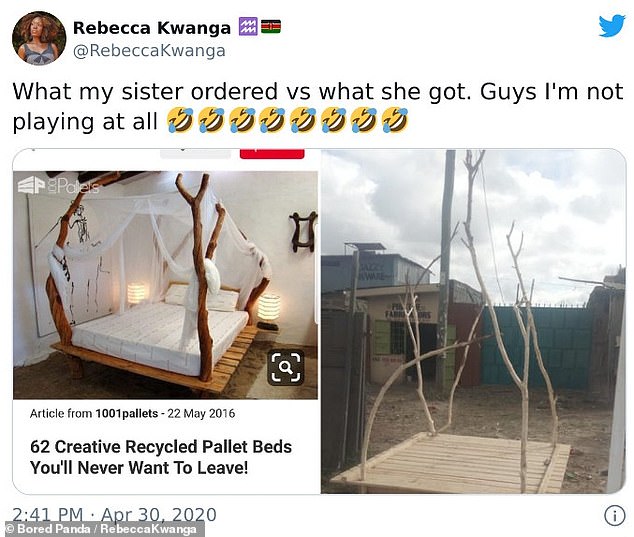 Stuff of nightmares: A woman from Kenya was left in stitches after her sister ordered the bed on the left, but ended up with the one on the right, which left a lot to be desired 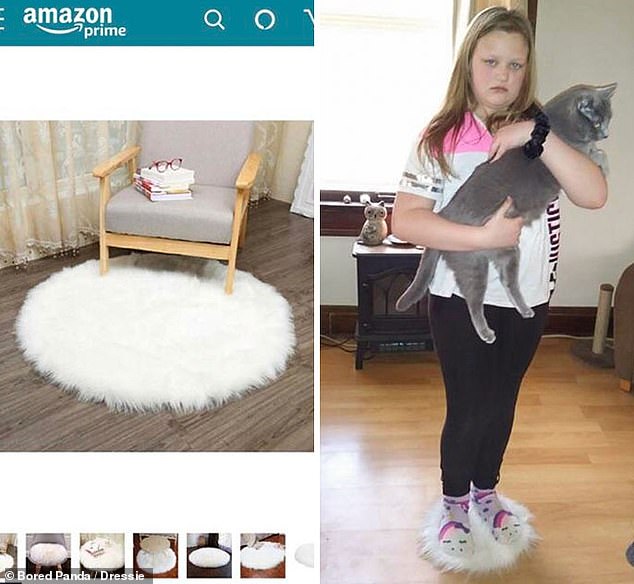 In the US, one mother was left unimpressed after she ordered the rug on the left, which ended up being so small, only her daughter could stand on it 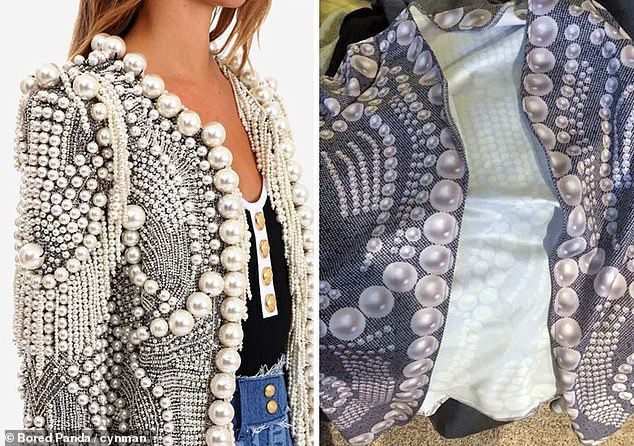 Always think twice before ordering online. One woman from the US thought she was buying the jacket on the left, but turns out the pearls were only ‘printed’ on the cheap material, right 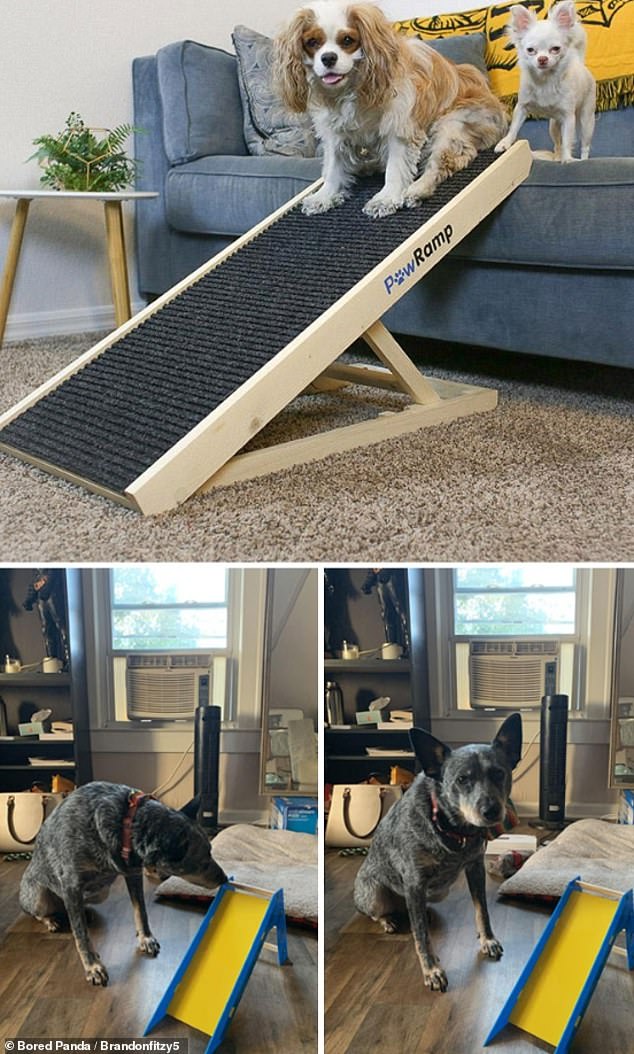 Let it slide! In the US, one dog was very disappointed when a miniature slide turned up instead of the Paw Ramp his owner had asked for 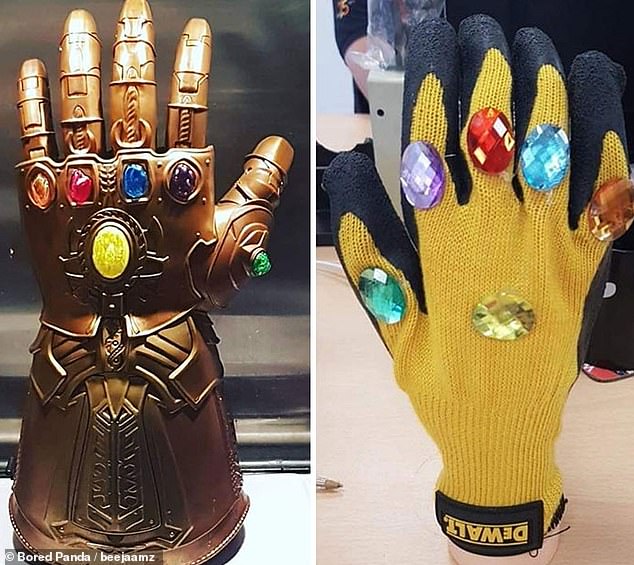 In the US, someone bought a replica of the Thanos gauntlet from the popular movie franchise Avengers, left, but they ended up with a knitted glove instead, right 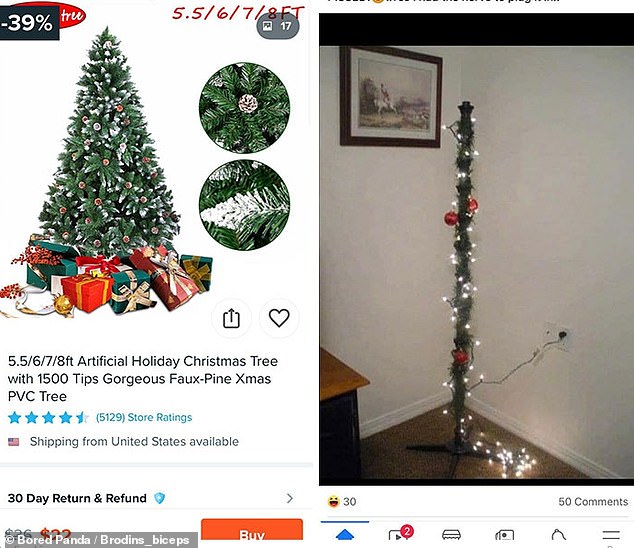 Way to ruin Christmas! Someone from the US thought they had found a bargain tree on Facebook, right, but it turns out the tree was much… slimmer… than advertised, right 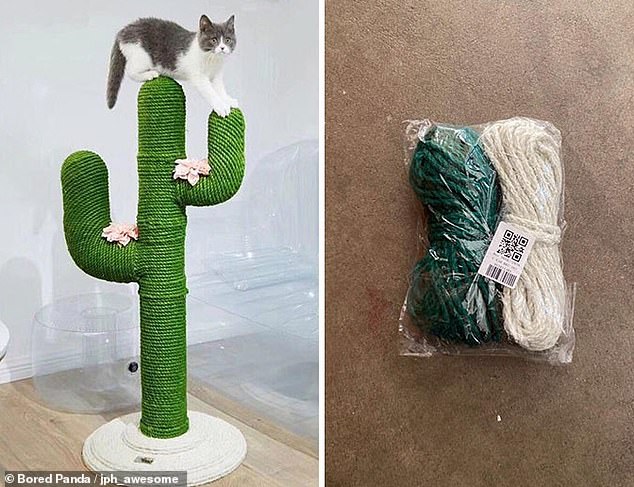 Scratch that! A cat lover thought they had bought a cactus-shaped climbing tree for their cat, left, but it turns out there was a bit more work involved than they thought, because they only received green and white twine 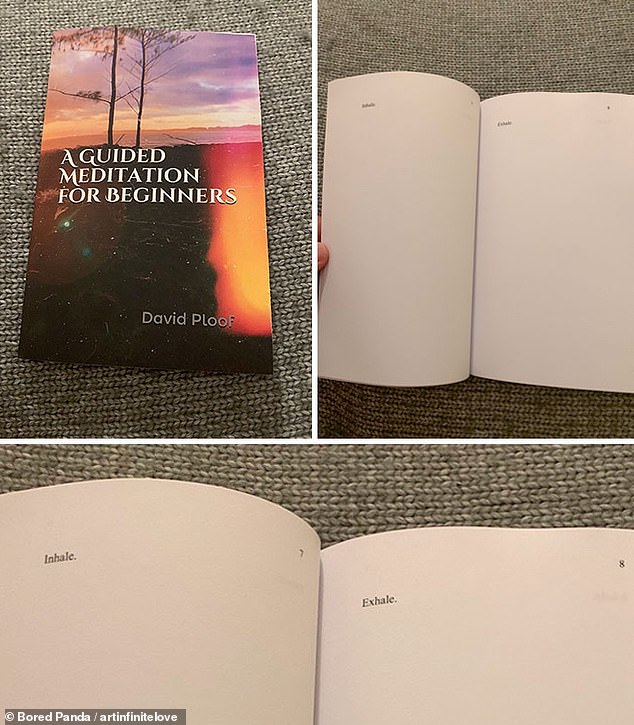 Not feeling zen: In the US, someone bought a meditation book promising to teach guided meditation, left, but the only words on each page were ‘inhale’ and ‘exhale’