Home » Lifestyle » Harry Styles’ dating history: All of the singer’s past girlfriends as he’s linked to Olivia Wilde

Harry Styles is back off the market after he was linked to actress Olivia Wilde after being snapped holding hands at his manager’s wedding.

Since his boyband days in One Direction, Harry has been linked to some of the most famous and beautiful women on the planet.

Let’s take a look back over his most high-profile relationships.

After meeting on the X Factor, Harry was just a babyfaced 17 year old when he was linked to then 32 year old presenter Caroline Flack.

They called time on their fling after a matter of months, however, long enough for Caroline to receive threats and be harassed in the street. Harry paid tribute to Caroline following her tragic death last year by wearing a black remembrance ribbon on his lapel at the 2020 BRIT awards.

That year, Harry also had a fling with then married radio DJ Lucy Horobin after she interviewed him for Manchester station Key 103. She was 33, and he was 18.

Harry dated American model Emma Ostily after she appeared in the One Direction video for Gotta Be You.

Shortly after Emma, Harry was rumoured to have dated Inbetweeners actress Emily Atack. 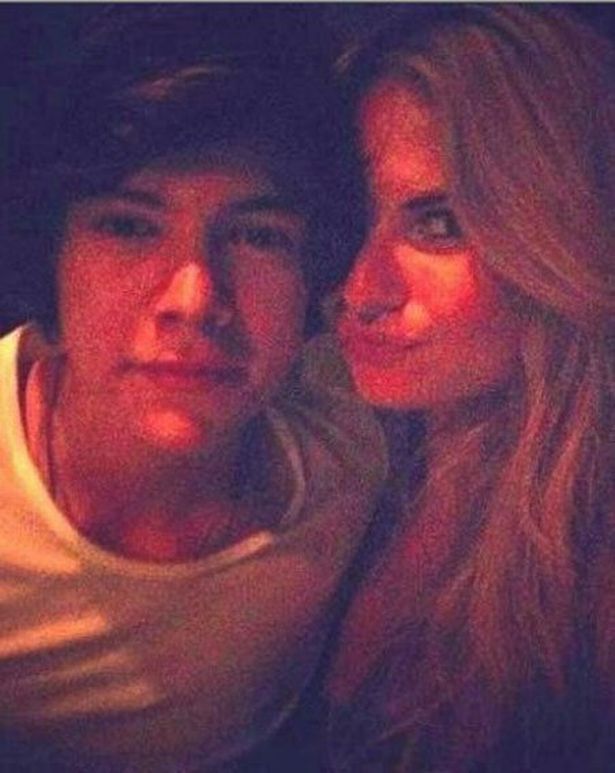 Emily later told Reveal magazine: “We were never boyfriend and girlfriend…We had a short-lived thing that was just a bit of fun. Then we went off in our opposite directions.”

The same year Harry was also linked to Made in Chelsea star Caggie Dunlop. Harry was 18, and she was 23.

Taylor and Harry made their debut as a couple after their second date was a very public walk through Central Park after being introduced by mutual friend Ed Sheeran.

Out of the Woods, Style, and I Knew You Were Trouble are all allegedly written about Harry.

This was seemingly confirmed when Taylor put on a fake English accent in her “We are never ever getting back together” Grammy’s performance to impersonate Harry.

Four years after their breakup, Harry Styles told Rolling Stone, in an interview, that the relationship was both “hard” and a “learning experience” and his song Two Ghosts is said to be about Taylor.

Harry is said to have rebounded with former Pussycat Dolls lead singer, Nicole Scherzinger, who was 35 at the time, compared to Harry who was not yet 20 years old.

Harry dated the New Zealand born model in 2015 and allegedly his song Kiwi is about her.

Georgia sent fans into meltdown at the time when she posted a video of Harry wearing a dressing gown, playing Scrabble on her Snapchat account.

Shortly after his split from Georgia, Harry was linked to the second youngest Jenner sister, Kendall Jenner.

At the time, Harry and Kendall were pictured kissing and cuddling on a luxury yacht.

Khloe Kardashian confirmed they were dating in a red-carpet interview, however, the pair had split after less than a year together.

Their history was double confirmed in 2019 with a joint appearance on James Corden’s Late Late Show and an overshare from Caitlyn Jenner, who said she wanted the pair to reunite.

Harry was 23 when he dated 31 year old model Camille for a year.

A number of songs on his album Fine Line are about Camille, including Falling which features the lyrics: "You said you care and you missed me too. And I'm well aware I write too many songs about you."

That brings us up to his latest rumoured relationship with actress Olivia Wilde, 36.

Olivia was previously married to Italian aristocrat Tao Ruspoli for eight years, but the pair separated in March 2011.

The House star went on to date actor Jason Sudeikis and they got engaged in 2013, before going on to have two children together. The couple split in November 2020 before Olivia was linked to Harry.