Home » Lifestyle » Harry Rée: The story of a pacifist and teacher who became an undercover agent during WW2 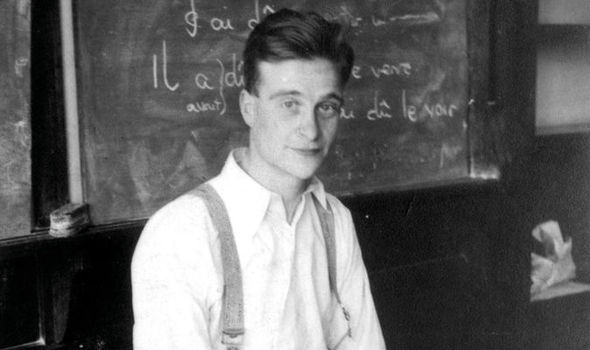 After being parachuted undercover into France, he became the architect of a series of dramatic sabotage operations which saw him feted as a hero. But once home, he rarely spoke of the “big gap” in his life story – the six years when he turned his back on languages teaching to fight undercover. It wasn’t until the summer of 2016 that his son Jonathan Rée began to uncover the full story of his principled father’s war-time bravery after he received a message from a young French soldier in Franche-Comté, Jean-Luc Fleutot, who invited him to a ceremony to celebrate Harry’s action in France.

“Fleutot had become fascinated by my father’s work with the French Resistance in the region more than 70 years before, and he invited me to the rededication of a memorial plaque in Belfort,” recalls Jonathan in a gripping new book revealing his father’s exploits, A Schoolmaster’s War.

But as he stood to attention next to the brass band assembled in his father’s honour, and read the wording on the cold stone plaque that commemorated his heroic exploits, he realised how little he really knew about his father’s wartime activities in France. “When I got back home, I visited libraries and archives, and sorted through family letters and photos, slowly retrieving the remarkable testimonies,” he writes.

‘Edited together, they reveal the courage and sheer derring-do of the Mancunian who was deployed into a secret branch of the state known as the SOE (Special Operations Executive) and parachuted into central France in 1943, where he soon won the confidence of local resisters.

SOE agents were not like other soldiers. “Until the closing months of the war they did not wear uniforms or pay much heed to military rank,” writes Jonathan. “Harry was, it would seem, some kind of war hero; but he did not see it that way and always preferred to avoid the topic, or make light of it.

“He never mentioned his [extensive] war writings to me.”

His reticence may have had something to do with the Official Secrets Act, but it was also part of his attitude to life. 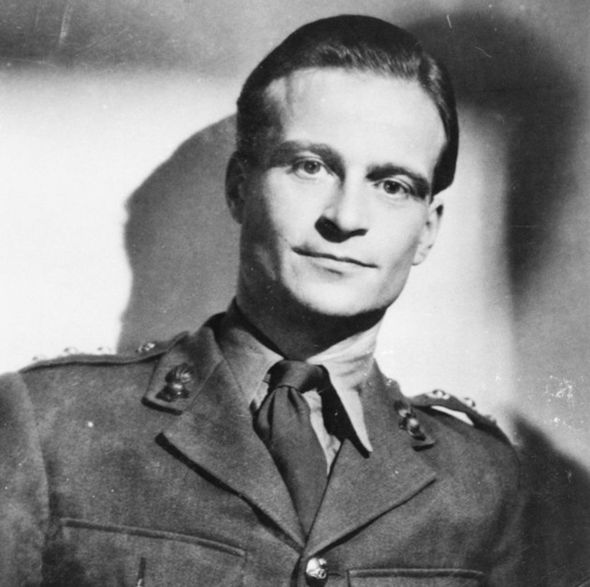 “He had a rooted distaste for boasting and used to brush off enquiries by saying that the whole thing had been like a glorious summer holiday,” he adds.

However, although Harry’s memoirs might read like a romantic story of heroism, his writings are far more nuanced – shot through with doubt, regret and grief. “Harry was a charming man, and to kill after breakfast’ many took him at this word when he compared his time in the Resistance to a holiday. As I worked on the book, however, I realised that we were wrong. His writings touch on experiences he could hardly bear to revisit.”

They include memories of his devoted young assistant Jean Simon, who was gunned down in their favourite café, or retired schoolmistress Marguerite Barbier who loved him like a son but died in a concentration camp.

“And that is only the beginning. Harry worked directly or indirectly with as many as 400 helpers and supporters, and almost half were arrested at some point, while dozens were murdered, executed or deported to camps. His nonchalant charm bore witness to an enormous inarticulate grief.”

In September 1939, Harry was a 25-year-old schoolmaster looking forward to his third year of teaching – a “reserved occupation” meaning he was not required to be conscripted.

Following the shock of the fall of France in June 1940, he reconsidered his position and joined the Army – in an act of solidarity with his pupils. After tedious training, and what he regarded as pointless work in military security, he was recruited to the French section of the SOE, which sent agents to France to give practical support to resistance fighters.

Suddenly, military life was far from boring and Harry had a new purpose. Reflecting on this change in fortunes in 1944, he wrote: “What was it that made an Englishman want to parachute into occupied France, in civilian clothes? “It was understandable for Frenchmen: they naturally wanted to get back home. Choosing to be a civilian parachutist was not an end of choosing.

“Here then was the real attraction of the job.To realise that if one were killed or arrested it would not be because of the stupidity of some major or colonel you despised, but would quite likely be your own fault. This meant freedom.”

In April 1943, he made contact with resistance groups near the Swiss border.

“With their help he devised a system for smuggling messages to London, organised dozens of parachute drops, and gave instruction in sabotage techniques,” his son says.

“He also directed operations against railways, canals, warehouses, electricity supplies and factories, and persuaded members of the Peugeot family to facilitate attacks on one of their own plants – which had been forced to make tanks for the Nazis – an operation which, some say, hastened the end of the war.”

Harry’s own account of this is fascinating. “These were the energetic, sporty out-of-doors type – risk-takers. One of the most typical of these whom I came across was Rodolphe Peugeot – a member of the famous family, and a manager of the local Peugeot factory. I was introduced to him by [a] manager. Rodolphe had always supported the Resistance.

“One night, about a month later, I was sitting under a peach tree, sheltering from RAF bombs. Their main objective was the Peugeot factory. 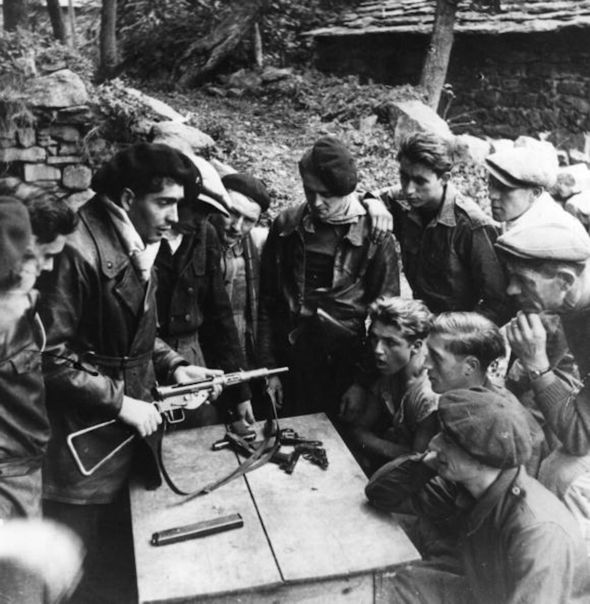 “The next day I took a train. You can imagine coming back to a town which you know, and hearing the usual air-raid stories of deaths and extraordinary escapes; and seeing the waste and the rubble.

“A day or two after that I went to see Rodolphe and put the point to him that it might be better if we did the sabotage on the ground in the factories, and made a pact with the RAF not to come back if we continued to sabotage. “He agreed. The factory was making tanks and parts for gun carriers, but I went round looking at machines that could be attacked with explosives.

Next I got a message through to London saying, ‘Look, the RAF made a terrible mess of this bombing, and it isn’t good for morale. Can you persuade them to keep away from the Peugeot factory if we make a pact to sabotage it effectively for the rest of the war?’ “With some reluctance, the RAF agreed to keep away, provided we could demonstrate we were keeping up regular sabotage. And in one way or another, we did.

“The first time we mounted an operation, the foreman got from me some small bombs consisting of about a pound of gelignite, contained in a box with magnets fitted on it. They were very canny things.

“The Germans never traced it to our teams of French workmen inside the factory.”

In July 1943, Harry planned the assassination of a double agent, Pierre Martin, a delivery van driver who had betrayed some of his best agents to the Gestapo. 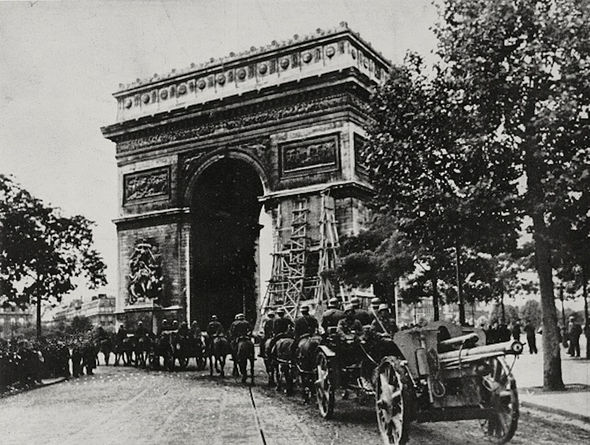 He wrote: “It was a beautiful morning for a murder – a fine sunny morning. What a ridiculous position I had got myself into. Here was I, a British officer, all prepared to kill a man after breakfast.

In my bag was a revolver and a piece of rubber hose pipe stuffed with thick wire. I hoped to be able to hit him over the head with it first so that I could then kill him at my leisure, quietly.” The plan was to drop his body into a disused well.

“It was my duty to see that he was put out of the way.” But the plan went awry, the target didn’t turn up and in the end, it was his assistant Jean “Claude” Simon who carried out the execution four months later, shooting Martin dead in a restaurant.

At the end of November 1943, Harry got into a fight with an armed officer of the German military police. Ambushed at a safe house after his contacts had been imprisoned, a policeman trained a pistol on him. Harry responded by offering him a drink.

“I took the bottle, filled his glass, filled mine, and smashed it over his head,” he recalled.

“I immediately heard six shots. He had emptied his pistol, but I didn’t feel anything. I said to myself, ‘This is ridiculous – don’t the Gestapo use live ammunition?’ “He broke free and hit me over the head with his pistol, very hard. I knitted my fists together and gave him a terrific punch in the stomach. It reminded me of fights in films. ‘My God,’ I said to myself, ‘If this was Hollywood I’d have knocked him out by now’.” 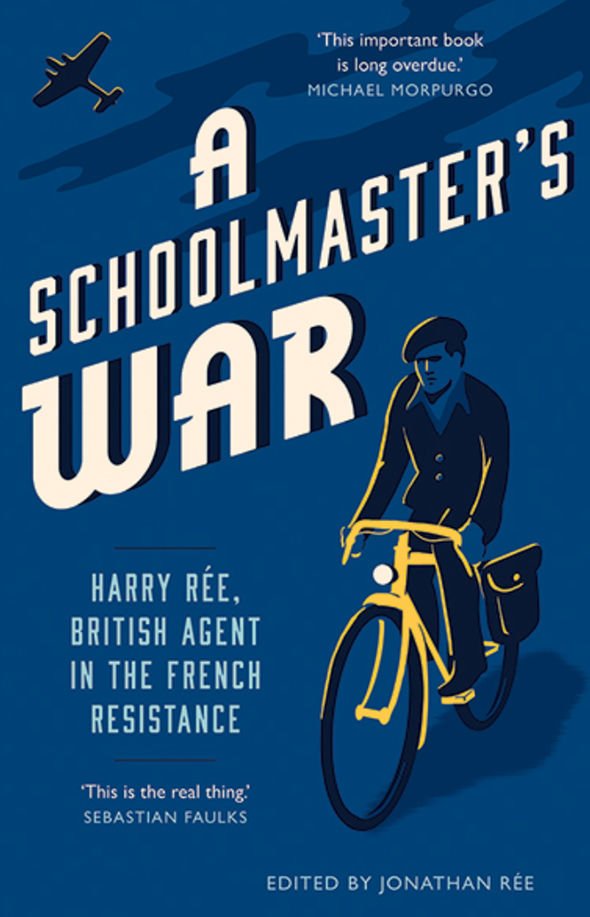 But it wasn’t a film. Harry managed to escape across some fields, but he had been severely injured. A bullet narrowly “bypassed” his heart and lungs and Harry wrote that he “should have left the stage”.

Instead he spent the next five months in Switzerland, co-ordinating activities back in Franche-Comté while waiting for his wounds to heal.

He then smuggled himself across France and into Spain, and in July 1944 flew back to London. Subsequently he received the Médaille de la Résistance Francaise and Croix de Guerre, and was appointed DSO, OBE and Chevalier de la Légion d’honneur.

In a letter in April 1991, Harry told his son that he was thinking about writing a book about his own life, “putting my experience of the century into words”, as he put it. A month later, on May 15, 1991, he died of a heart attack, aged 76.

“I have put together this collection of my father’s war writings as a tribute to that unwritten biography,” says Jonathan.