Home » GP shares the budget family dinner she swears by

What a doctor eats for dinner: GP mum shares the ‘festival potato’ recipe she makes for the family when she can’t be bothered to go to the shops

A GP has revealed the budget meal she makes for her family when she can’t be bothered to go to the shops and wants a cheap dinner, and while it’s designed for convenience, it’s packed full of nutrition.

Dr Preeya Alexander, from Melbourne, describes the dinner as a ‘festival potato’ because she used to always order the same baked potato when she went to festivals when she was younger. 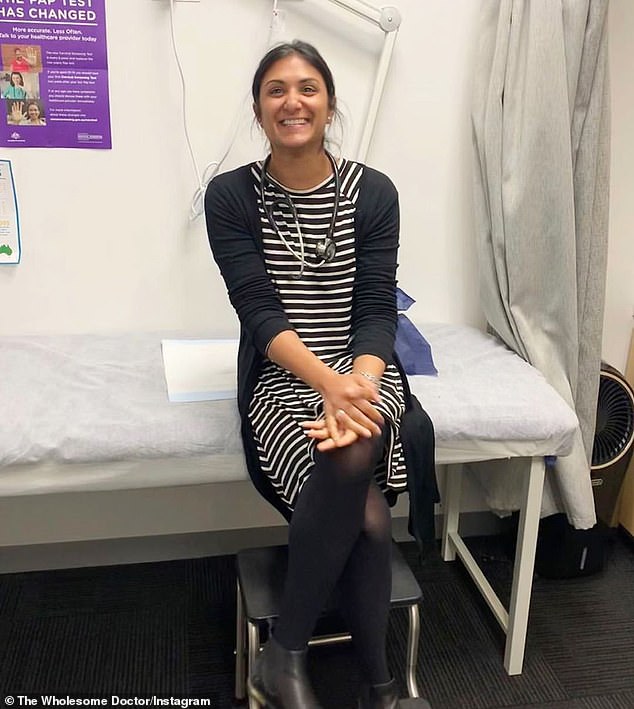 ‘This isn’t a glamorous photo I’m aware, but it’s a little reminder that even the most simple meals can be delicious, good for you and loved by the family,’ Dr Preeya posted on Instagram.

‘This is a vegetarian version of the festival potato, the kids love it, it’s pretty easy to prep, can be made for dinner a few nights in a row (bake the potatoes and they’ll keep), and it packs a veggie punch.’

Dr Preeya said you can also easily substitute her filling with other vegetables, like mushrooms, corn, bolognese sauce, avocado and spinach. 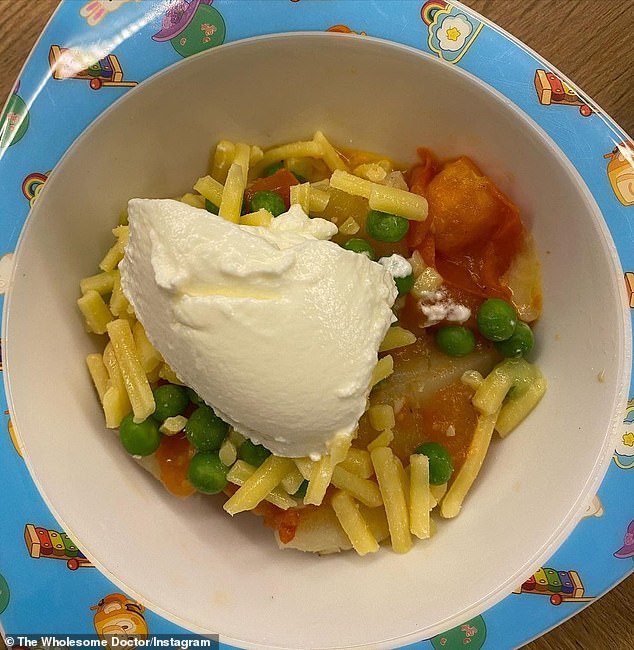 Dr Preeya Alexander, from Melbourne, said her household describe the dinner as ‘festival potato’ (pictured), and you can include any of your choice of vegetables

To make the meal, the GP recommends you pierce the potatoes with a fork repeatedly, slather in olive oil and bake in the oven at 150 degrees Celsius for one hour.

In the meantime, add chopped tomatoes and garlic to a pan and cook them with some thawed peas.

That mixture is then spooned over the potato and then topped with grated cheese and a dollop of natural yoghurt. 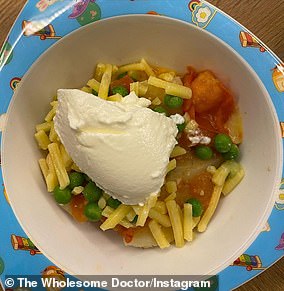 1. Pierce the potato repeatedly with a fork and slather it with olive oil and salt and pepper.

2. Bake it in the oven at 150 degrees Celsius for one hour until cooked through.

3. In the meantime, chop garlic and add it to a pan with some frozen peas and chopped tomato tins.

4. Add the mixture to the cooked potato. Top with grated cheese and a dollop of sour cream or natural yoghurt. 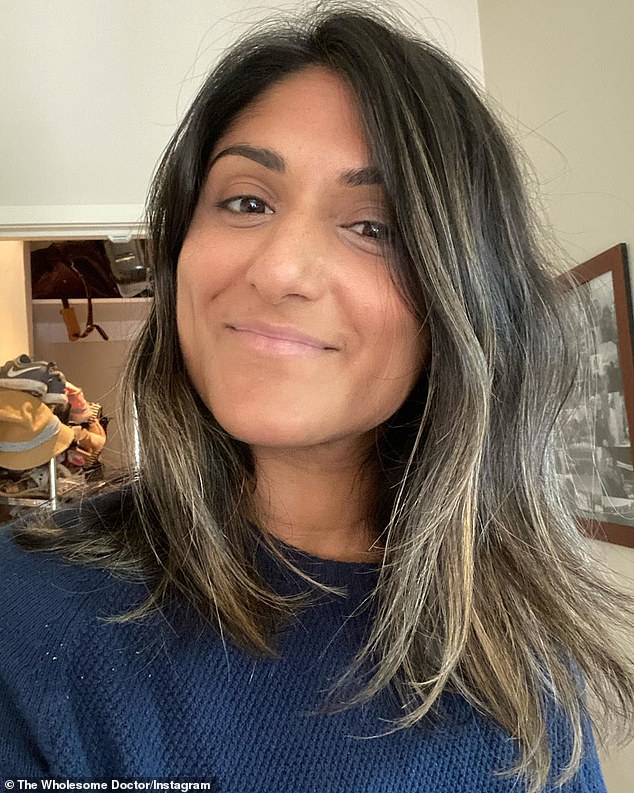 ‘This is a veg version of the festival potato, the kids love it, it’s pretty easy to prep, can be made for dinner a few nights in a row, and it packs a veggie punch,’ Dr Preeya (pictured) said

Hundreds who saw Dr Preeya’s post said they loved the idea of an easy budget dinner.

‘Love it, this looks delicious,’ one commenter posted.

‘We often totally forget these simple faves. I’ll be making this one soon too,’ another added.

One commenter asked the doctor how she manages to get her kids to eat well when she finds it so hard with her own toddler children:

‘It’s not always easy but I eat with them to role model –  that’s an old consistent trick I’ve used,’ Dr Preeya said.

‘My son at the minute wants to feed himself – he’ll eat anything really if he’s in control.’