CHOCOLATE fans are in for a real treat as Galaxy now does buttons with crunchy caramel pieces.

On sale at Tesco, the milk chocolates are a flattened version of the caramel crunch swirlers. 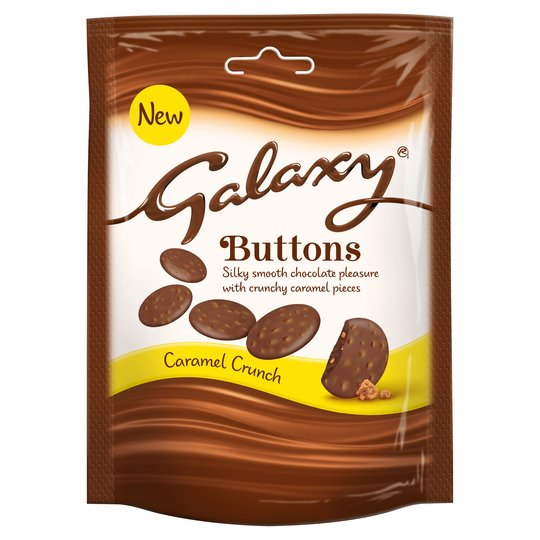 They were first spotted by Facebook page Money Saver Online, and its post caused quite a stir as it's so far racked up roughly 2,400 comments and 1,500 likes.

One user said: "They look amazing!"

While a second one wrote: "Hmmm sounds well nice might have to get some"

Another user compared them to Malteser's buttons and said: "Galaxys version to Malteser buttons." 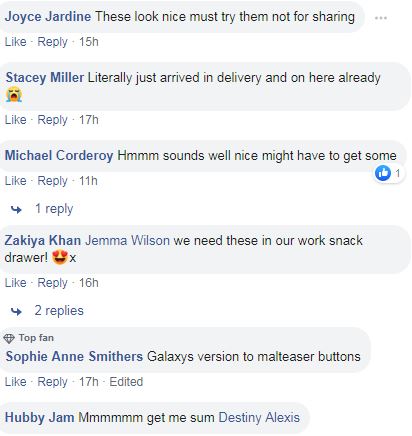 The treats are so far only available in Tesco stores and online for £1.50 per 93g pack, and Galaxy hasn't yet told us whether they'll roll out anywhere else.

If you're keen to nab a pack, you might want to know that 100g contains 519 calories.

This is very similar to Malteser's versions as those contain just one less calorie in the same amount.

But if you're not fussed about trying the new treats, you can get away cheaper by picking up a 119g pack of Cadbury's giant buttons for £1 at Morrisons or Tesco.

While smaller 93g bags of Maltesers' buttons are currently sold for the same price at Asda and Sainsbury's.

Galaxy has also just brought back its much-missed truffle chocolates to Tesco stores – and this time they have their very own box.

While last month, Cadbury released its new white chocolate range – and it includes a chocolate bar, a giant bag of buttons and a tub of Freddo treasures.