Home » Lifestyle » Forget LA and New York City: Tech startups, Fortune 500 companies, and major film studios are minting new wealth in the 'Hollywood of the South,' and it's creating a spike in luxury real estate

New York, Los Angeles, and Miami have long held reign as some of the biggest hotbeds of wealth in the US, but there’s a new queen in town.

Atlanta has been steadily transforming into a hub of affluence — the number of individuals with a $30 million-plus net worth in the Atlanta metro area increased by nearly 22% from 2014 to 2017, according to research provided to Business Insider byWealth-X.

Consequently, the demand for luxury homes in Atlanta is stronger than it has ever been, Alex Page, luxury marketing manager at Harry Norman Realtors,a Christie’s International Real Estate affiliate, told Business Insider.

Three Atlanta-basedCompass real-estate agents told Business Insider that luxury home sales have been on the climb. So, too, have housing prices: From January 2014 to January 2019, median home prices in Atlanta have increased by 83%, compared to 38% nationally in the same time frame, according to Zillow.

The growth in wealth — and its spread to luxury real estate — is tied to Atlanta’s booming industries.

According to Page, over the past several years, the Atlanta metro area has become home to entertainers, Fortune 500 execs, and techies, thanks to the film and television industry tax incentives, the relocation of company headquarters and regional offices, and development of technology incubators fueling job growth. 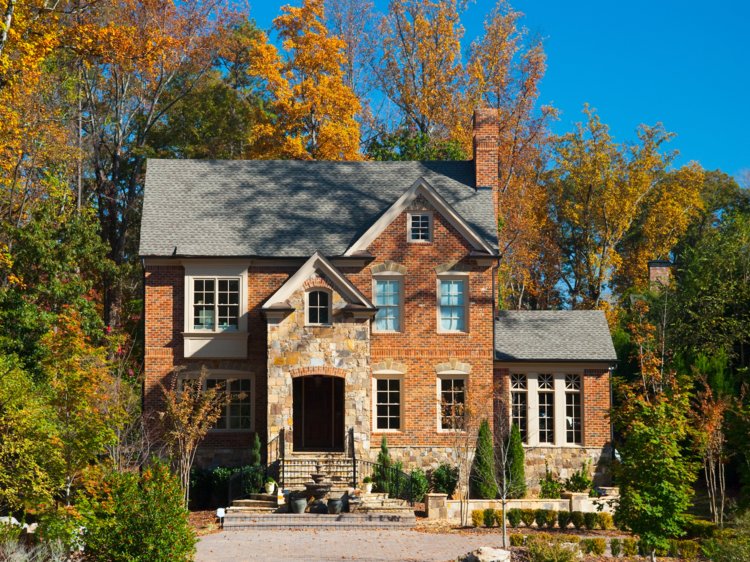 A growth in Atlanta’s wealthy class is creating a demand for luxury real estate.Davel5957/Getty Images

Tax incentives have transformed Atlanta into the “Hollywood of the South”

Atlanta’s growing prominence as the ” Hollywood of the South” is driving a rise in the city’s wealth, several real-estate agents told Business Insider.

The city is commonly referred to as “Y’allywood” due to the significant growth it has seen in the film and television industry, Page said: “Georgia is one of the few, perhaps the only, states that offer lucrative tax incentives to the entertainment industry.”

In 2008, then-governor Sonny Perdue signed a tax incentive with no expiration date for film productions after losing out on the film “Ray” to Louisiana,reported Eliana Dockterman for TIME magazine. On productions exceeding $500,000, there’s a 20% tax incentive and an extra 10% if a peach logo is featured in the credits, she wrote.

From the 2007 to the 2016 fiscal years, direct spending on Georgia’s film industry increased from $93 million to $2.02 billion,according to Alison Herman of The Ringer. More major feature films were filmed in Georgia than Los Angeles in 2016, reported Dockterman, citing Los Angeles film office data.

Atlanta has served as the filming location for hit movies like “Black Panther” and “Avengers: Infinity War”; major franchises like “The Hunger Games” and “The Fast and the Furious”; and cult-following TV shows, like “The Walking Dead.” 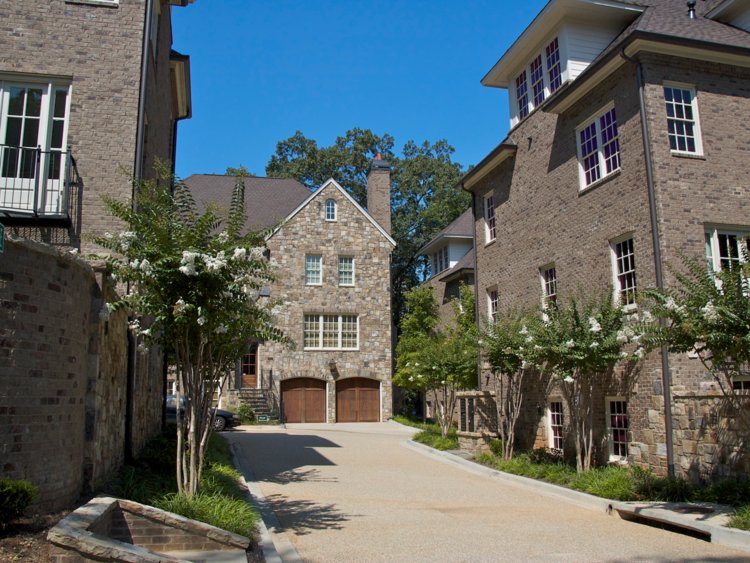 Luxury villas in Buckhead, Atlanta, where the influence of the entertainment industry is prominent.ajansen/Getty Images

But the entertainment industry isn’t the only industry spurring job growth in the city. Real estate agentNicholas Brown largely credits the rise of Atlanta’s affluent class to Fortune 500 companies that have been attracted to the city in recent years. Miller, too, cites the relocation of Class A corporate headquarters to Atlanta as a factor.

Atlanta plays headquarters to20 Fortune 500 companies, from Coca-Cola and Delta Airlines to Home Depot and USPS. In contrast, comparably sized cities like Boston, Massachusetts, and Philadelphia, Pennsylvania, have 11 and five Fortune 500 companies headquartered there, respectively. The city was cited as a “power market” inColdwell Banker’s State of Luxury 2019 report, and Marc Castillo, a global luxury agent at Coldwell Banker Residential Brokerage in Atlanta,told local Atlanta Agent magazine it’s because so many major corporations are relocating their headquarters there.

“Those companies are attracting the highly skilled workforce that commands the premium salaries who then take advantage of the luxury housing stock,” he said. 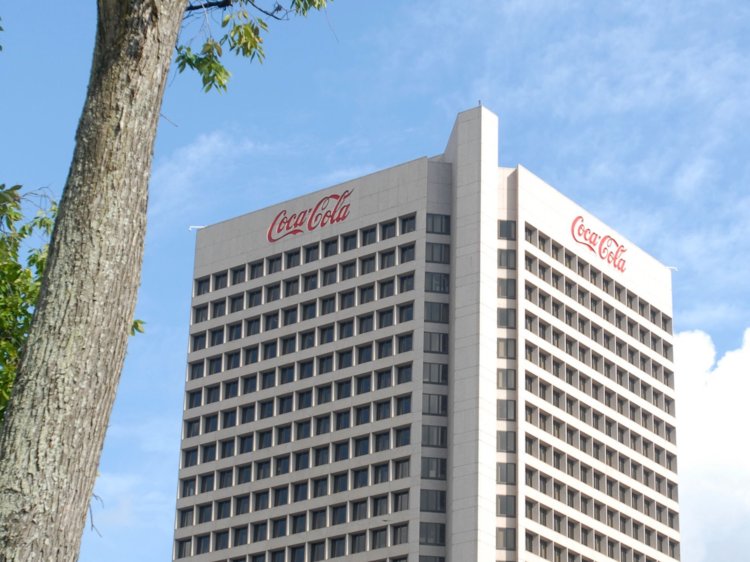 Atlanta is home to dozens of startups, from MailChimp to BitPay,wrote Bijan Khosravi for Forbes. There are 20 blockchain companies in the metro Atlanta area alone, according to areport by the Technology Association of Georgia. And in recent years, three tech incubators popped up: TechSquare Labs, Techstars Atlanta, and Atlanta Tech Village.

While the growth in tech, corporate, and entertainment industries are the key parts of the equation minting Atlanta’s growing wealth, they aren’t the only factors: According to Miller, world-class sports franchises, wealthy retirees remaining in the city, and Atlanta’s lifestyle improvements have also played a role.

Atlanta’s wealth is concentrated in Buckhead and Brookhaven

Home to more than 5.2 million people, the Atlanta metro area ranks ninth among the most populous metro areas in the US and as the fourth-fastest growing metro area,according to the US Census. The city of Atlanta itself has nearly500,000 residents.

The wave of new industries settling in Atlanta is bringing in new money to two main areas in the northern part of the city, according to several real-estate agents: Buckhead and Brookhaven. In addition to that, it’s also spawning a whole set of new developments.

The closer you get to Buckhead, the more luxurious the homes become, agentJere Metcalf said. That’s where the influence of Hollywood on the luxury market is particularly prevalent, from short-term leases at premium prices to home sales. In the Buckhead neighborhood of Ansley, homes are selling for prices exceeding $3 million before they even go online, she said.

Within Buckhead is the neighborhood of Tuxedo Park. That, according to Brown, is where the rise in wealth is most prominent, because it’s the best location and neighborhood to support high-end homes.

In 2019 alone, Brown added, more than 35 homes in Atlanta have sold for more than $3.5 million a piece. “This is a dynamic shift to higher end numbers,” he said.

But the most drastic change in home pricing, according to Brown, can be seen in Brookhaven, once considered part of the northwestern Buckhead suburbs, but now viewed as its own neighborhood. Homes previously didn’t exceed the $2 million benchmark, but the neighborhood’s historic district now sees homes going for more than $3 million. 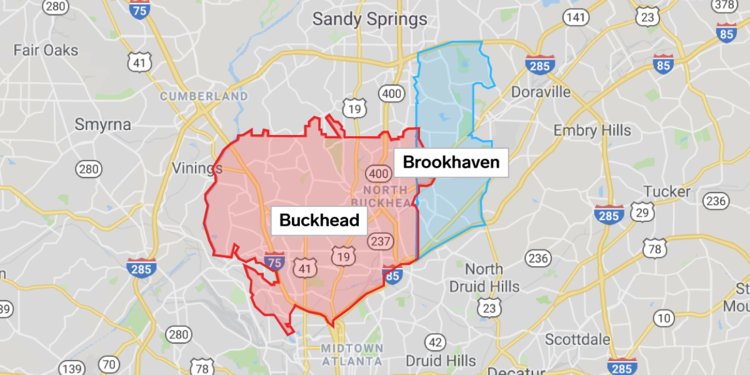 The rise in wealth in Atlanta is most visible in Buckhead and Brookhaven, say real-estate agents.Google; Samantha Lee/Business Insider

Even super luxury condos are in demand — prior to 2010, it was rare to find units priced above $1.5 million, agentPauline Miller told Business Insider. Now there are 61 condos on the market in that price range, with 30 under construction and an additional 100 planned for the next year, she said.

But northern Atlanta isn’t the only part of the metro area seeing a rise in wealth. South of downtown Atlanta, in Fayetteville, is Pinewood Studios — the country’s largest studio complex outside of Hollywood. What used to be a plot of rural land as recently as2013 has now become a “world-class hub” for movies and television, including many Marvel films,reported Josh Green for Curbed.

And Pinewood Studios has, in turn, spawned the nearby neighborhood ofPinewood Forest, a development that plans to encompass more than 1,300 residences, including a number of estates with price tags exceeding $1 million. It’s still under construction, but as of 2018, 50 homes were already developed,reported Michael Kahn for Curbed.

However, not all headliners, producers, and directors live in Atlanta — some stay in short-term luxury leases, Page said.

Atlanta has one of the worst wealth gaps in the US

Atlanta’s job growth and wealth boom alone don’t paint a complete picture of the city, which had the worst wealth gap in the US in 2017, according to aBloomberg analysis of US Census data. It’s a city of extremes, where nearly 18% of households earn $150,000 or more and 9.3% of households earn below $10,000 annually, reported Sarah Foster and Wei Lu.

David Sjoquist, a professor in Georgia State University’s Fiscal Research Center, found that Atlanta has one of the smallest middle classesamong 50 major US cities, he toldStephanie Stokes of WABE, NPR’s local Atlanta radio station. However, the wealth gap in the overall Atlanta metro area is half of what it is in the city because it has a larger middle class, he said.

Racial segregation, concentrated poverty, and state policies have all played a factor in the city’s wealth divide, reported Stokes.

“At the high end, it looks like one of the most successful American cities, like a San Francisco or a New York or a Washington,” Alan Berube, senior fellow and director of the Brookings Institution’s Metropolitan Policy Program,told Bloomberg. “But at its low end, one of America’s poor cities.”