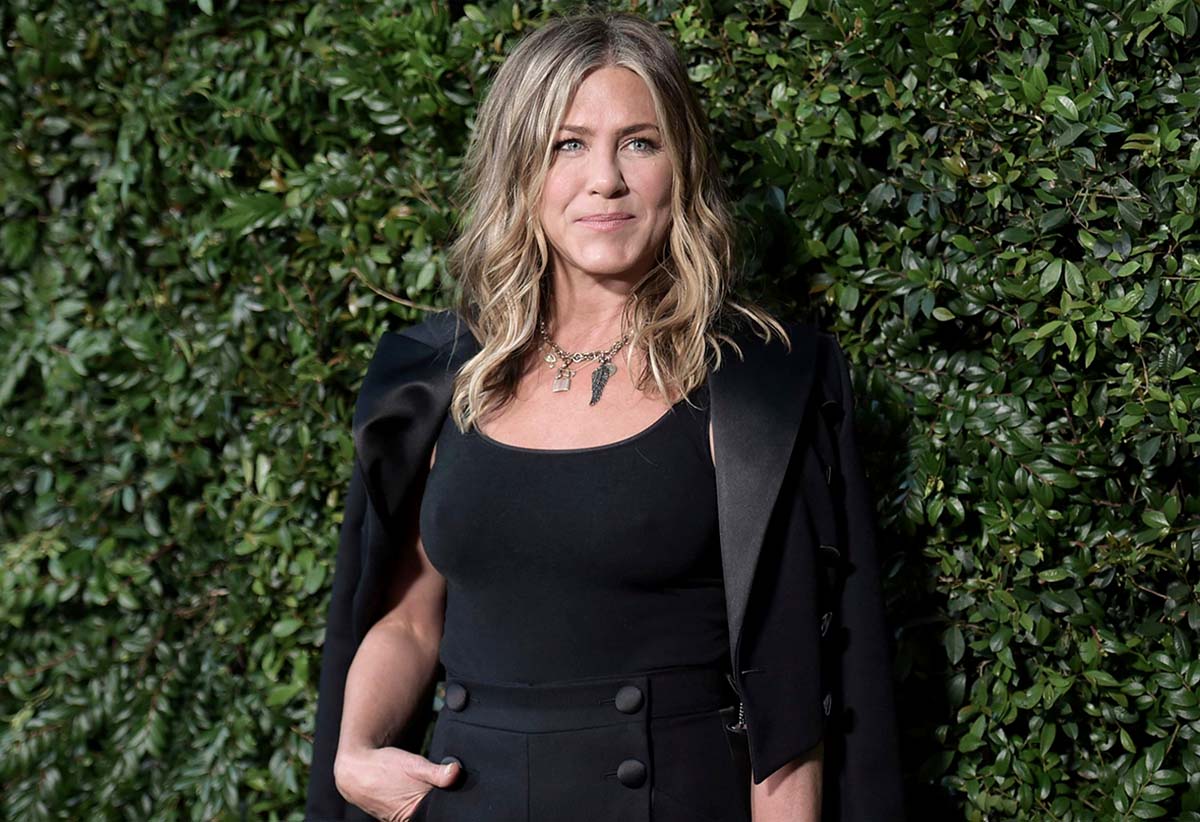 Salad daze! Jennifer Aniston is clearing up some rumors about a meal she allegedly ate on the set of Friends during its 10-year run.

The salad in question — which includes bulgur, chickpeas, red onion, cucumber, feta, mint, parsley and pistachios — has gone viral on TikTok in recent months after a 2010 Los Angeles Times interview with Courteney Cox resurfaced. In the interview, Aniston’s BFF claimed her costar ate the same “doctored up cobb salad” every day for 10 years on the set of the hit TV show.

The salad Jennifer Aniston ate on the set of friends every day for 10 years, and for good reason! It’s bomb #jenniferaniston #friends #foodtiktok #BigComfy

♬ As It Was – Harry Styles

Though the behind-the-scenes anecdote kicked off a viral trend, Aniston put the rumors to rest. “Well, that salad, dare I debunk that?” she asked during an interview with Elle, which was published on Monday, June 13.

Love Is in the Air! Best TV Couples of All Time

“That’s not the salad that I had every day on Friends,” she explained. “I feel terrible because it’s literally taken off like crazy, and it looks like a delicious salad, by the way, but that’s not the one that I had on Friends.”

According to the Horrible Bosses actress, “I would never have that much chickpea in a salad, to be honest. Not good for the digestive tract.”

Perhaps the viral salad vids are due to fans’ collective nostalgia for Friends, and apparently, viewers aren’t alone in missing the NBC sitcom. Aniston herself recently rocked a “fresh summer cut” in a photo posted by her hairstylist, Chris McMillan, and wore a dainty patterned dress that Cox’s character, Monica Geller, wore on the show.

Aniston posted a screen grab of Cox in the exact same outfit via Instagram stories on Sunday, June 12, writing: “Does the dress look familiar? Still got it!”

Friends, which also starred Matthew Perry, Lisa Kudrow, David Schwimmer and Matt LeBlanc, ran for 10 seasons from 1994 to 2004. While the Emmy-winning series may not have inspired actual food trends, it did inspire numerous fashion and beauty moments. Aniston’s Rachel Green triggered “The Rachel” hairstyle craze of the ‘90s with her signature layered chop, and her costars Cox and Kudrow always served up style inspo with slip dresses, crop tops, plaid prints and more.

Much like the viral salad, Aniston wasn’t a fan of “The Rachel” style either — and the trend it inspired. “That was kind of cringey for me,” she said in a 2015 interview with Glamour. “Looking back honestly, even during that time — I couldn’t do it on my own. I needed my hairstylist Chris attached to my hip. Left to my own devices, I am not skilled with a hairbrush and blow-dryer.”