Thanos rocked the internet when he dusted half of the Marvel Universe, but his younger brother broke fans for another reason. In the Eternals post-credits scene leak, Harry Styles appears as Eros, Thanos’ younger brother. While the former One Direction singer only has a few lines, fans gush about his inclusion in the Marvel movie. 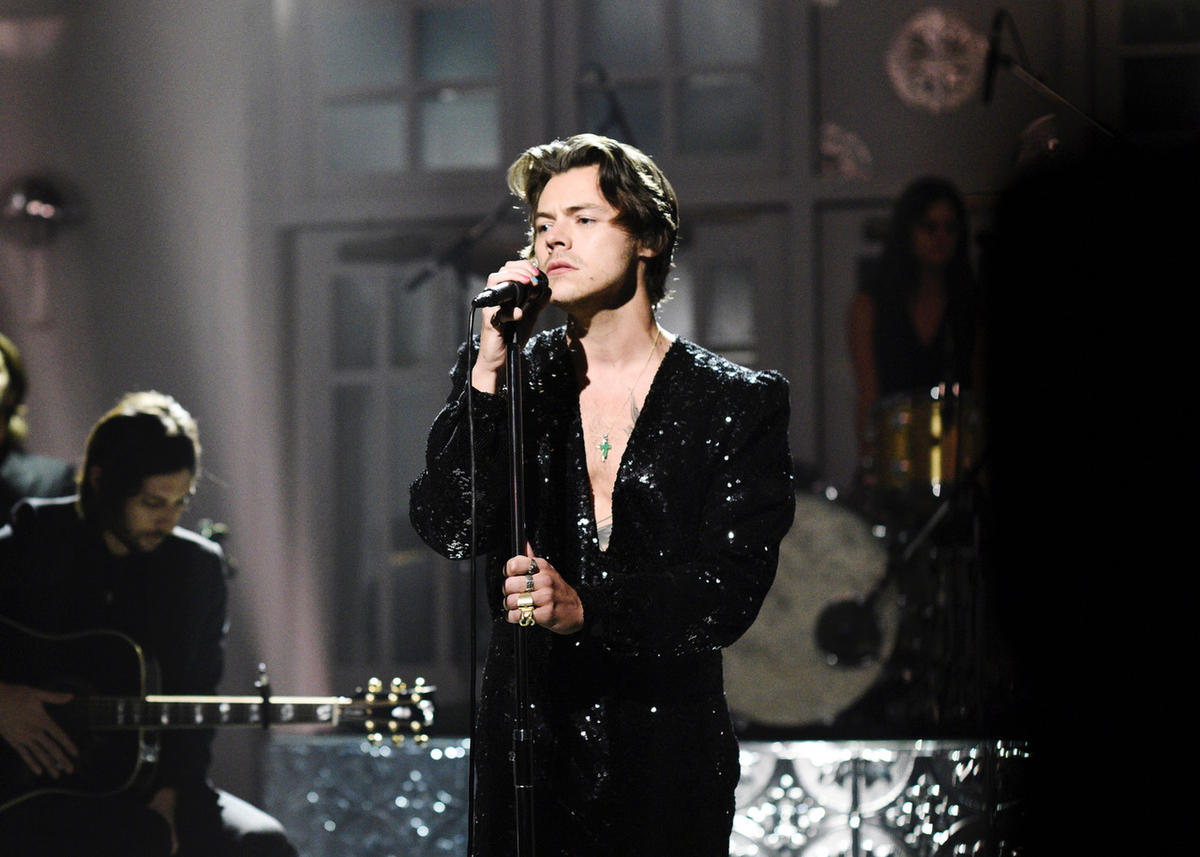 Then rumors started online about the singer joining the Marvel Cinematic Universe. Then as the Eternals release date approached, leaks popped up across the internet.

“Following the film’s world premiere,” Inverse said. “Early confirmations and reports [revealed] that Harry Styles will be making his MCU debut in Eternals as Eros aka Starfox, the brother of Thanos (Josh Brolin). The confirmation comes after months of rumors circulating online saying that Styles had been cast as the Marvel comics character.”

He reportedly only has a few lines in the movie. However, fans only needed a few words from the singer-actor.

While Disney swiftly struck down many Harry Styles Eternals clips, a few snuck through the cracks. Enough fans saw the images and videos to then flood Twitter with reactions. The cycle of release (or leak) and fan reaction is almost routine, such as fans reacting to Black Widow and Captain Carter’s tension in What If…?

“Harry Styles is Eros, Chris Pratt is Mario,” Banks said. “What timeline are we living in?”

Other music fans celebrated Harry Styles and BTS member Jimin, credited as producer and composer of the song Friends, appearing in the same movie’s end credits in Eternals.

Overwhelmed fans could not handle the surprises the superhero movie had in store for them.

From the first Eternals post-credits scene leak, Styles’ name took over search results for the Marvel movie. He even surpassed main actors like Angelina Jolie, Richard Madden, and Kumail Nanjiani.

The Eternals looks to expand the Marvel Universe in massive ways. They dive into the cosmic side with a timeline spanning from the beginning of the universe to the modern day.

While critics have not received the film warmly, fans remain excited for the next Marvel movie.

Introducing Thanos’ brother will undoubtedly shock both casual and hardcore fans. While he does not pose the same threat as the Mad Titan, it seems that Marvel has not finished dealing with Thanos’ influence on the Marvel Cinematic Universe.