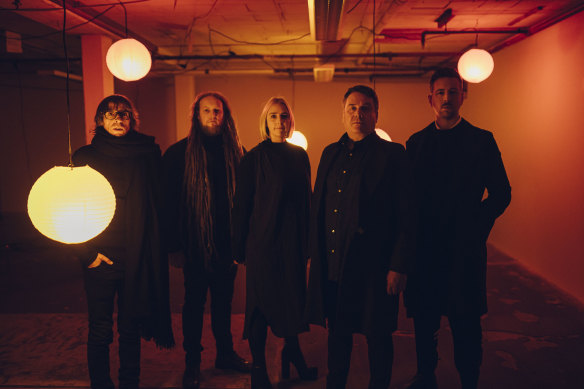 The Chills are part of an eclectic line-up of artists performing at Mona Foma in February, 2023.Credit:

Across two weekends in Launceston and Hobart, the annual arts and music festival will feature artist in residence Nico Muhly, including the renowned American composer’s concert performance with the Tasmanian Symphony Orchestra.

At Launceston, February 17-19, a free program of events will run daily at the decommissioned former TAFE building. The Old Tafe Sessions, according to artistic director Brian Ritchie, will be a highlight of Mona Foma’s opening weekend.

“We’re taking over this old building, in the spirit of when squatters in Europe would take over old warehouses for performance spaces and raves,” Ritchie said.

“And what makes it really cool is we’re having Fantastic Futures there, an art program with some performance elements, installations and video art that will run all day long, and then concerts in the interior courtyard, including the Chills, Kae Tempest and Soccer Mommy.” 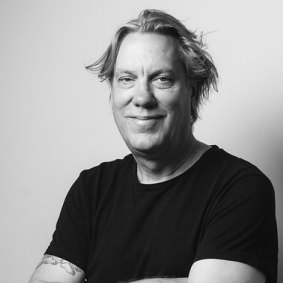 Ticket holders can spend all day at Fantastic Futures, according to Ritchie, and then drop into The Book Club at the former TAFE library, for a late night session with the festival’s sonic librarians.

The Old Tafe Sessions and Fantastic Futures are free events, requiring registration on the festival’s website.

The MONA lawns will also host Songs of Freedom, a collaborative project between Muhly and songwriters from the Pilbara town of Roeburne “focusing attention on the unfair rates of incarceration of Indigenous people in Australia,” Ritchie said.

“The offering we have is distinct between the two cities, the vibe is different,” he said. “We don’t see any point in duplicating the same festival in two cities, we’ve strategised to make them each a unique offering.”

‘It’s probably the most dazzling line-up of international bands we’ve ever had.’

“I’m really looking forward to Pavement,” Ritchie said. “And Bon Iver is probably the biggest concert we’ve ever done at Mona Foma. Peaches is a great artist for us too, she fits the festivals style perfectly. It’s the most dazzling line-up of international bands we’ve ever had.”

Launceston’s new Punk Bunker will stage punk and metal bands each night, while the bowels of the former Mercury newspaper building in Hobart will host a diverse, late-night program of chill-out and performance spaces. 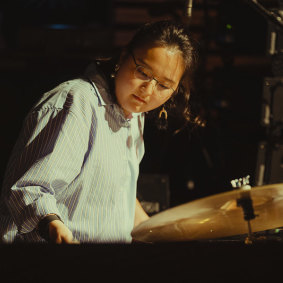 In a diverse program, Chloe Kim will play over 100 hours of public drumming across 10 days in both cities, Amber McCartney and Tasdance will premiere Baby Girl at MONA’s Nolan Gallery, and local countertenor Nicholas Tolputt will perform with Muhly at St John’s Anglican Church.

“We’ve known for years Tasmania is a great place for the arts, and a fun place to be in the summer … and people [from overseas] want to come and play at Mona Foma.”

Mona Foma takes place February 17 to 19 in Launceston, and February 24 to 26 in Hobart. Tickets are available from 11am on Tuesday, November 29 at monafoma.net.au