Eamonn Holmes, 60 and his wife Ruth Langsford, 60, are household names thanks to their long presenting careers. The married couple are well-loved for their roles as the hosts of ITV’s This Morning when Phillip Schofield and Holly Willoughby are away. The pair also work separately with other presenting gigs too – making them both successful presenters in their own right.

The happy couple have been married for 10 years, and celebrated their anniversary today as they presented the daytime show.

The stars showed off photos from their wedding day in 2010 as they opened the show, with Ruth posting a sweet message on Twitter to her husband.

“Loving & laughing for 24 years…Happy 10th Anniversary my darling @eamonnholmes,” she tweeted, with three photos from their big day.

Ruth looked gorgeous in the throwback photo, in a sleek white wedding dress and a dainty tiara. 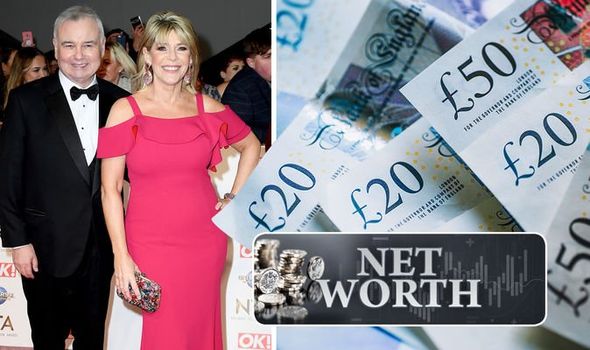 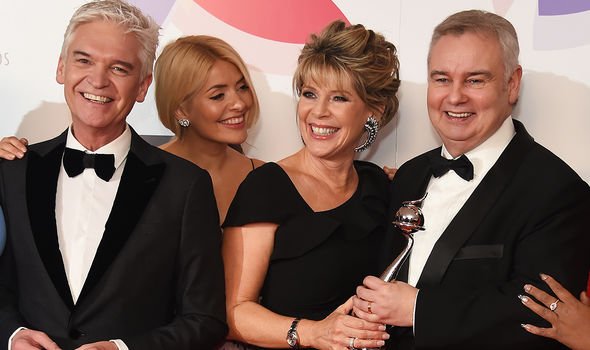 But while most would agree that Eamonn and Ruth are equally famous for their TV work, do they have the same net worth?

Eamonn Holmes is a Northern Irish journalist and broadcaster, presenting GMTV for 12 years between 1993 and 2005.

He’s also worked on the BBC National Lottery game show Jet Set, Sky News and Good Morning Britain, and released an autobiography called This is MY Life back in 2006.

It’s estimated that Eamonn has a net worth of £4.1million, according to Celebrity Net Worth.

The star at one point as reported to have a £2.8 million salary for hosting Sky News’ Sunrise and ITV’s This Morning, which saw him as the highest-paid TV star in 2011.

The presenter caused controversy over the gender pay gap in an interview last year, after it was revealed he was paid more than his wife Ruth Langsford for the same job.

Eamonn told the Telegraph: “I was a much better broadcaster than her for many years. You have to be honest, however harsh that might look, when we started out, I was Eamonn Holmes and she wasn’t.”

However, he said though he would now make sure Ruth earned the same, he wouldn’t do it for other presenters.

“The reason a person’s pay is not as good as mine is I’m obviously better,” he said, though with his cheeky Irish humour it’s often hard to tell if he is serious or not.

However, while Ruth may have earned less for the This Morning role initially, she has made her own wealth. 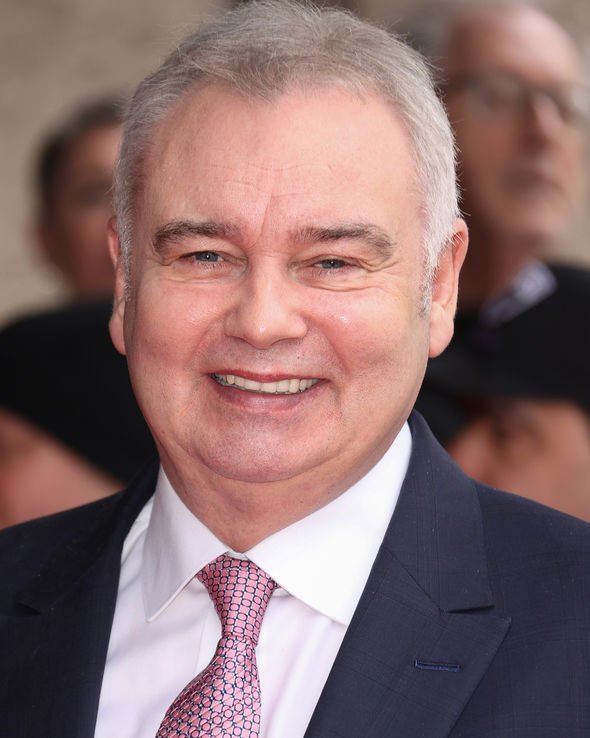 Ruth Langsford is estimated to also have a net worth of £4.1million, according to Celebrity Net Worth – putting her on an equal par with her husband Eamonn.

Best known for her stints on This Morning on Fridays and in school holidays alongside her husband, Ruth is also a regular star of ITV’s Loose Women.

The presenter, who is also known by her married name Ruth Holmes, often hosts the show, leading the panellists in their discussions of the day in the lunchtime slot.

Since then, Ruth has made a name for herself with TV credits including TV Travel Shop and How The Other Half Lives, and even danced as a contestant in BBC’s Strictly Come Dancing. 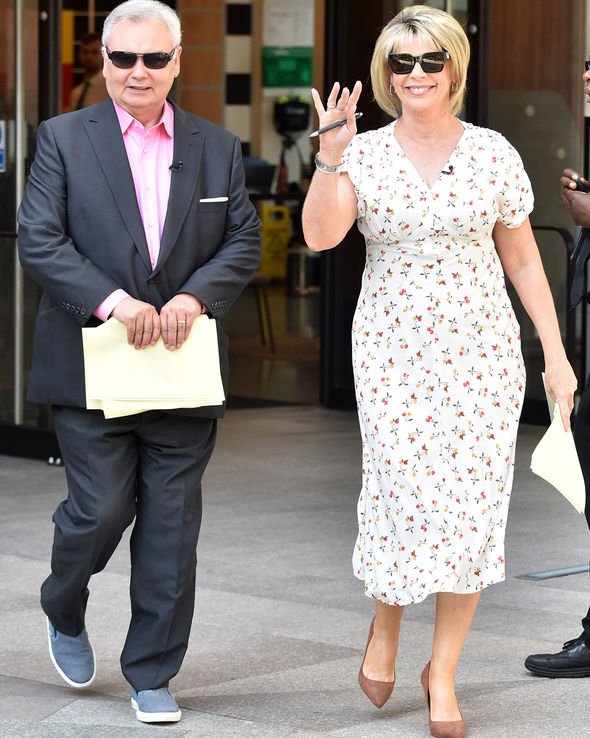 Ruth is said to have earned a £25,000 fee for her part in the ballroom dancing show, partnering with Anton du Beke.

Ruth has also been very vocal about the gender pay gap row, admitting in 2018 that she now insists on receiving the same salary as her husband Eamonn.

Speaking to The Sun, Ruth commented: “I insist now on being paid the same. I insist now that I do. But as we all know, in the past I’ve worked not just with Eamonn. The thing is you don’t normally discuss your pay when you’re a co-presenter, but obviously I do with my husband because he’s my husband.”

Ruth also made her money with an exclusive fashion collection for QVC. It’s reported that she signed a multi-million pound endorsement deal that led onto 19 sellout collections; 18 of which debuted at London Fashion Week Women’s Collection.