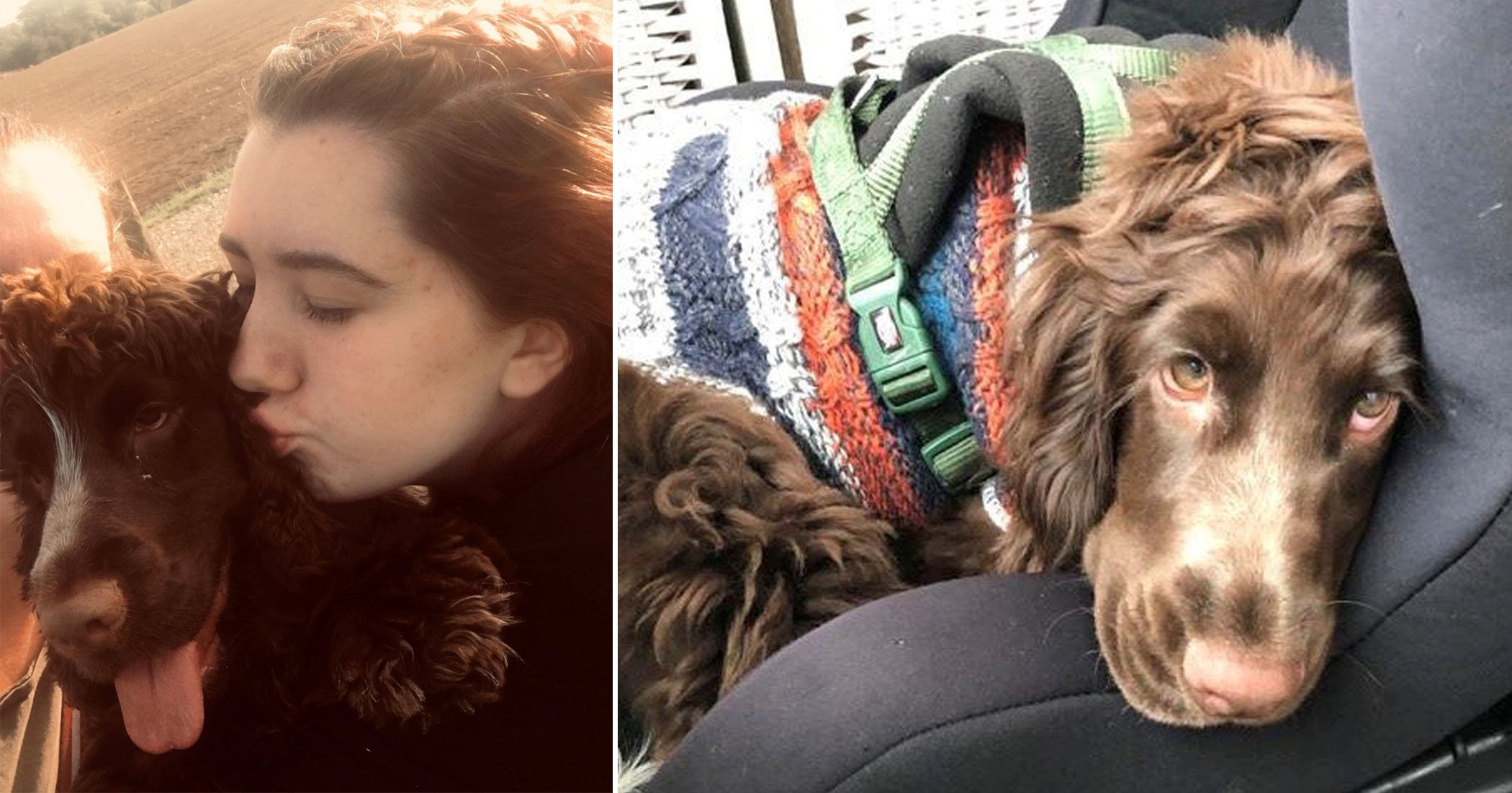 A dog whose life could have ended far too soon has a new lease on life after finding his forever home with an autistic teenage girl and her family.

Cocker spaniel Stevie – named after music legend Stevie Wonder – was taken to the vets to be put down because a breeder no longer wanted him due to his eyesight problems.

Thankfully, the vet got in touch with Dog’s Trust, who agreed to take him and, ultimately, he ended up adopted by 47-year-old Vickie Tatlow.

Vickie, from Whitefield, Manchester, said Stevie has helped completely transform the life of her autistic 18-year-old daughter Tegan was housebound and barely spoke until Stevie joined the family.

Stevie’s life has also been transformed after specialist vets carried out a rare double cataract operation and managed to save his eyesight.

Full-time carer Vickie said: ‘It really is wonderful. They’re like best friends and they both rely on each other.

‘Stevie absolutely dotes on Tegan and follows her everywhere, while having him around has made such a difference to Tegan and had such a positive effect.

‘His arrival has helped Tegan start to do things again.

‘Before he arrived, Tegan would Rarely go out of the house, but now she’s up early every morning to take him for a walk.

‘She is also extremely focused on ensuring that during his recovery she puts drops in his eyes six times a day and giving him two lots of tablets.

‘Plus, he gets lots of kisses and cuddles and head scratches, and you can see they’re both so happy.’

Tegan has needed to give Stevie special care as he recovered from surgery he underwent at Linnaeus-owned Eye Vet Referrals, in Runcorn, Cheshire, in a bid to save his eyesight.

Vickie said: ‘Stevie began his life being taken to a vet practice by a breeder to be put down due to his limited eyesight.

‘Luckily, the vet contacted the Dogs Trust charity who took him in, looking to foster him out to a family with a view that if his eyesight could be repaired then that would lead to him being adopted.

‘When we met Stevie, the whole family fell for him straight away but especially Tegan.

‘When we adopted him, Stevie was totally blind in one eye and could barely see out of the other.

‘This is when they forged that first bond and became so close, with Stevie following wherever Tegan led, with Tegan patiently teaching him to play fetch with a tennis ball, throwing it a couple of feet away, so he could find it.

‘This then developed into Stevie going on longer walks with the tennis ball constantly in his mouth, only dropping it to say hello to other dogs.

‘Now he’s had a double cataract operation at Eye Vet, which has been a complete success and his milky eyes are now totally clear.

‘He was a bit unsure of himself at first after having been blind for so long but Tegan and the rest of the family have helped him adapt and adjust, and he’s now loving life.

‘All the neighbours, who have dogs, are always been asking about him, and they’re all delighted with his excellent recovery, especially as they can see that he’s looking at them now.’

Vickie, who also lives with husband Andy, 50, and son Harry, 14, says her daughter’s confidence has come leaps and bounds since the family found Stevie.

She added: ‘Tegan loves animals and has now signed up for a course on equine care.

‘She struggled with school life because she couldn’t speak to other people or be in a crowded area, but she still gained seven GCSEs.

‘Now, she’s attending college. I have to go with her to help, and she receives one-on-one tuition, which is terrific.’

Eye Vet ophthalmic director Iona Mathieson carried out the life-changing surgeries, with Dogs Trust funding one of them to help Stevie get back on his paws.

Vickie said: ‘We did a 99km walk to raise funds for the Dogs Trust to thank them for all their help and support with Stevie.

‘We also can’t thank everyone at Eye Vet enough, especially Iona and deputy head nurse Abby Peers, who have both gone above and beyond in looking after Stevie and us.

‘They were very special. They really involved Tegan in the process, fully recognising that Stevie was her dog, so they would speak to her about his treatment and his recovery.

‘Then Abby put a schedule together for Tegan which really helped her look after Stevie’s post-op aftercare and that’s enabled her to help nurse him through.’