Home » Lifestyle » Does this avocado have a seed or not? Optical illusion leaves people divided 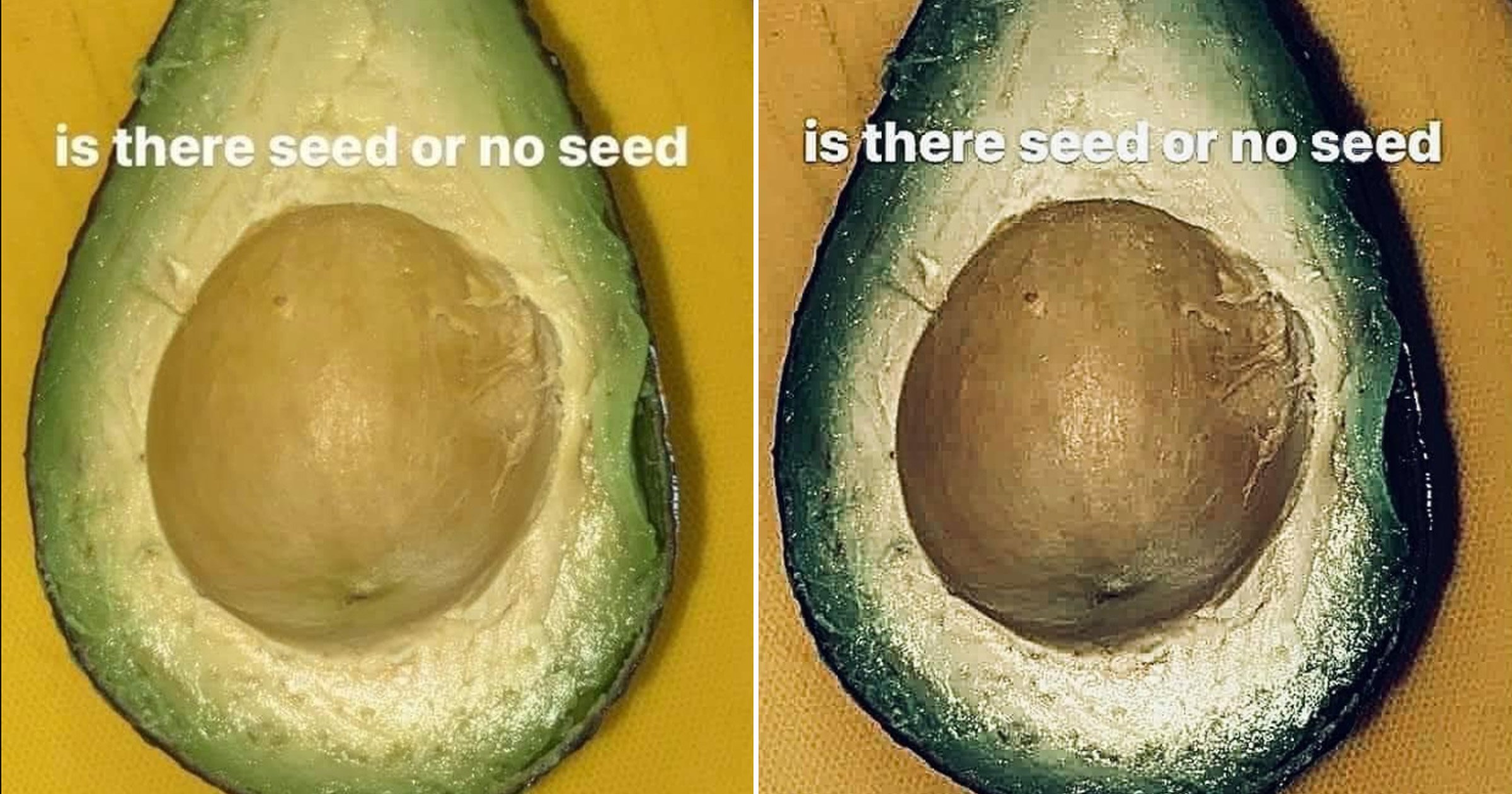 What do you see?

This avocado looks like it has its signature seed in the middle. But then, it doesn’t.

The optical illusion has divided people on the internet who are adamant it’s one or the other. Or both.

After an Australian woman shared it on a Facebook group, many offered their two cents.

Anyone scrolling past the post might not think twice of the image of the green fruit but once asked the question of seeded or seedless, the confusion begins.

Annoyingly, no answer was offered by the poster, so we will have to live without an official uruling.

Without a sure way of knowing, some people did their research to try to get to the bottom of the issue.

One woman edited the picture to add a dark layer. Apparently the darker image shows that there is in fact a seed. But she can’t be sure. So back to square one.

The original poster wrote on the page: ‘Looks like a seed on first glance but definitely no seed on second look. I thought no seed but now that I’ve seen it, I can’t unsee it.’

Some people were torn: ‘This is making me want to throw my phone at the wall! I cannot decide.’

One person said: ‘If I stare long enough I can see both though.’

Another wrote she can also see both: ‘So no seed, I can see avocado to the right that’s been damaged from seed removal and has ended up inside the hole. Also the shadow on the bottom would indicate no seed as it goes in.

‘I can see the seed too. The avocado stuck to the side of the seed on the right hand side. Also a touch of green on the bottom of the seed which wouldn’t be there if there was no seed, because it would be a yellow flesh still.’

She then added a darker filter to see whether the seed would show itself.

‘If you look at the chopping board and the shadow on it from the right hand side, it looks as if the avocado wasn’t cut in half as it looks too thin to be a half,’ she said.

‘So therefore, my guess is seed as it makes sense more of the seed is exposed which is exposing the point in the middle of the seed.’

Perhaps we’ll never know… but what do you see?

Do you have a story you want to share?